How an End-to-End Fileless Attack Unfolds 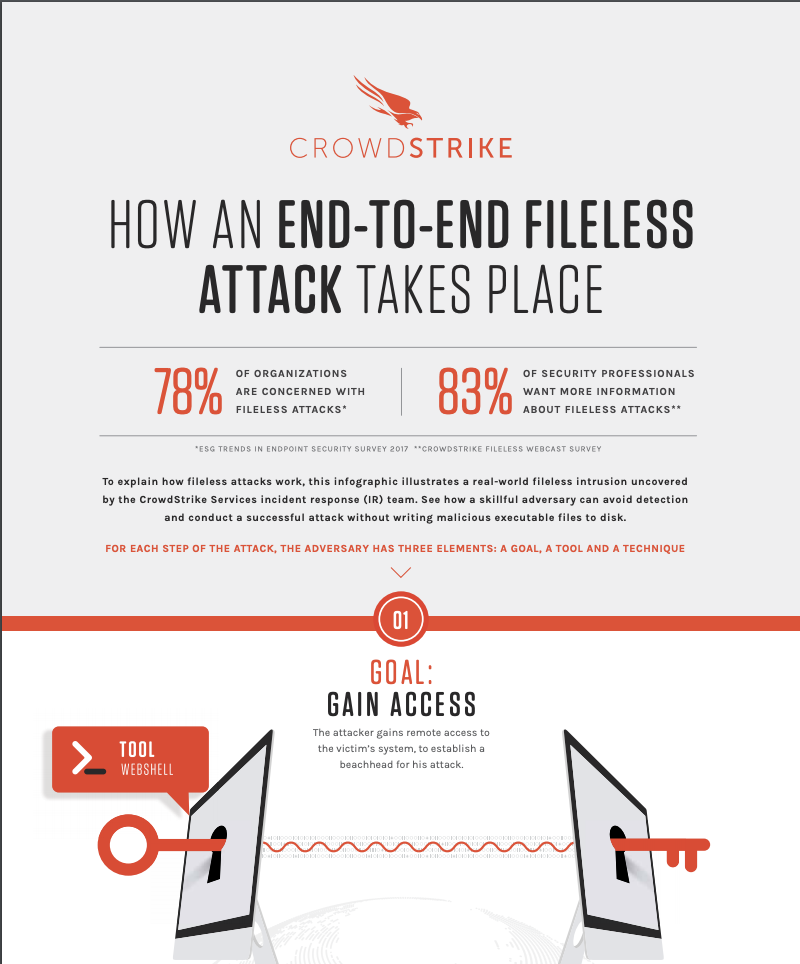 How an End-to-End Fileless Attack Unfolds

As security measures get better at detecting and blocking both malware and cyberattacks, adversaries and cybercriminals are forced to constantly develop new techniques to evade detection. One of these advanced techniques involves “fileless” attacks, where no executable file is written to disk. These attacks are particularly effective at evading traditional antivirus (AV) solutions, which look for files saved to disk so they can scan them and determine if they are malicious. While fileless attacks are not new, they are becoming more prevalent. In their recent investigations, the CrowdStrike® Services incident response teams found that eight out of 10 attack vectors which resulted in a successful breach used fileless attack techniques. There are multiple techniques that can be used to compromise a system in this fashion.