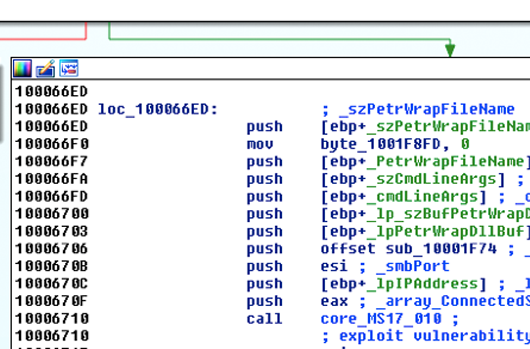 The NotPetya DLL, seen in the wild with the filename “perfc.dat”, takes the following steps during the DLL loading process to ensure that there is no trace of the NotPetya DLL (perfc.dll) having being on the system:

The file cleanup combined with the file and MFT encryption process make it difficult to recover the original NotPetya DLL.

The EternalBlue and EternalRomance exploits are used for the MS17-010 vulnerability, and are subsequently used to propagate NotPetya to vulnerable hosts on the local subnet. The infection process occurs in the following order:

As can be seen in the control flow graph, core_MS17_010 is initially called to determine if the exploit condition exists. If it does, core_MS17_010 is called again with slightly different arguments to exploit the vulnerability and send the shellcode.

The following is an image and explanation of the SMB network traffic used to determine if the victim is vulnerable (Victim: 172.16.1.132):

A check is then done to determine if the victim’s response is STATUS_INSUFF_SERVER_RESOURCES (0xC0000205). An example of this is shown below:

If the error code does not exist, the session is cleaned up and NotPetya iterates to the next IP address. If the error code exists, the core_MS17_010 returns 0, and the vulnerability is exploited.

Prior to executing the exploit code, a test ensues to determine which version of Microsoft Windows is running on the system. This is done by parsing the “Session Setup AndX Response” packet. Once the version of the OS is identified it is mapped to a numeric value:

The EternalBlue exploit is launched against only the following Windows versions:

The EternalRomance exploit is launched against only the following Windows versions:

The following image and explanation refers to the SMB network traffic that starts the exploitation process:

This exploitation process is followed by a series of additional SMB packets. There are three types of packets that are identified based on size:

This first burst of requests are TYPE 0 packets.

To trigger the exploit, a 4207-byte “SMB Trans2 Secondary Request, FID: 0x0000” packet is sent to the vulnerable machine, as depicted below. This packet is built and sent in function sub_10003C0A.

The exploit code is contained within the 4096 byte “Extra byte parameters” section of the Trans2 packet. This 4096 buffer is filled with hex byte ‘\x54’ (‘T’). At offset 0xB within that buffer, the hex byte ‘\x51’ is used to specify the start of the data that will trigger the overflow on the vulnerable machine.

The specific code to trigger the overflow is the 175-byte chunk of binary data within the NotPetya binary, starting at address 0x10010B08. The code is not encoded.

The backdoor that gets deployed onto an exploited system appears to be a modified version (based on network traffic) of the DoublePulsar rootkit leaked by the Shadow Brokers actors.

If there is a DoublePulsar knock feature, it is not used. Once the SMB backdoor is in place, the ‘Reserved’ field of the SMB Header for the response packet is set to 0x1100, as seen below. Normally this field is NULL. 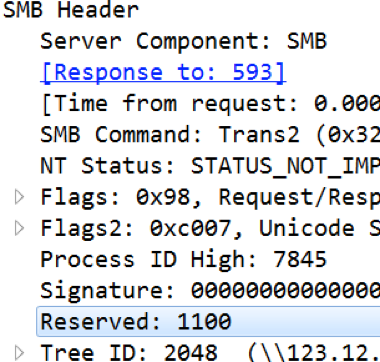 Prior to triggering the code to exploit the system, the “Reserved” field in the SMB header is checked to see if it is set to 0x11.

If the “Reserved” field in the SMB header is set to 0x11, the staging code is built and sent to the targeted machine.

“Trans2 Request, SESSION_SETUP” packets are used to send the staging DLL to the target.

The NotPetya DLL keeps the same filename the file was called when executed on the attacking machine (in this case, olga.dll). Once the file is written, it can be launched.

The staging DLL executes the file in the same way as psexec and wmic: rundll32.exe. As can be seen below, the same arguments are passed to the NotPetya DLL. 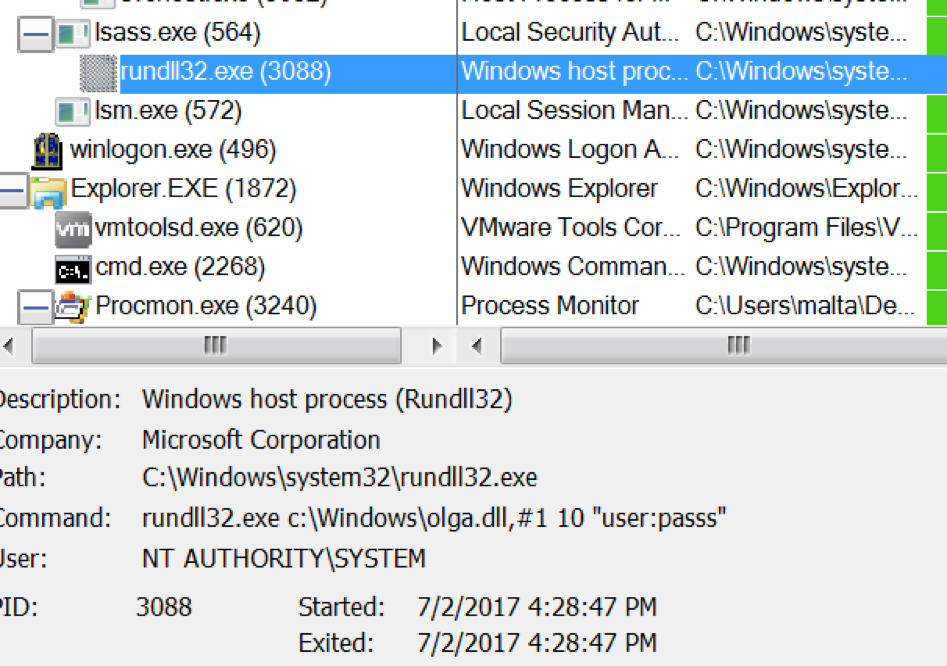 The following displays “before and after” images of the MBR on a machine with avp.exe running. Notice the lack of the footer (0x55, 0xAA) in the MBR after the modification. 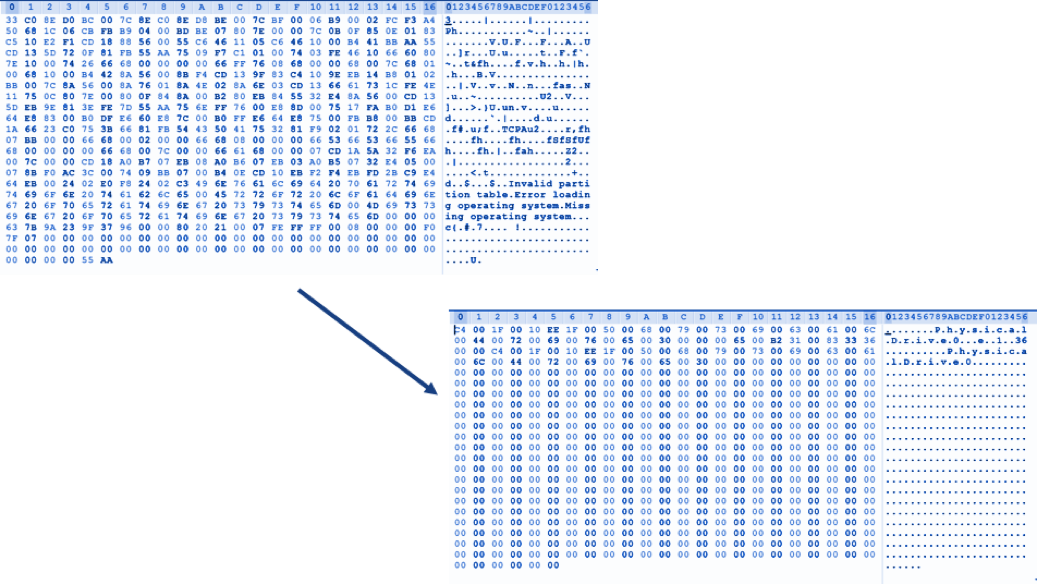 Additionally, analysis also shows that the NotPetya malware overwrites the 2nd sector of the C:\ volume with uninitialized data as well. This sector contains the Boot Manager, which is loaded by the VBR (Volume Boot Record) and is needed for booting up the system. Overwriting this sector renders the machine unbootable. It should be noted that this change occurs regardless of whether the victim machine has avp.exe process running on the system or not. The following are the before and after images of the 2nd sector: 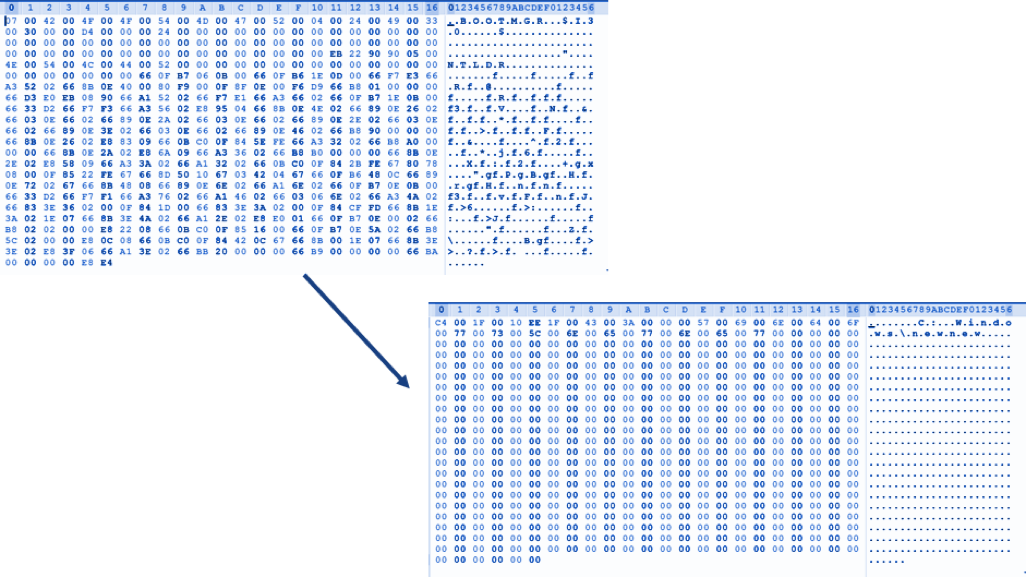 If the avp.exe process exists on the system, upon reboot, the victim is prompted with an error message that an operating system cannot be found:

Analysis has confirmed that in the case of the presence of avp.exe process, the MBR is actually recoverable via the Windows repair tools. For Windows 7 and higher, the following steps can be taken to recover the MBR: 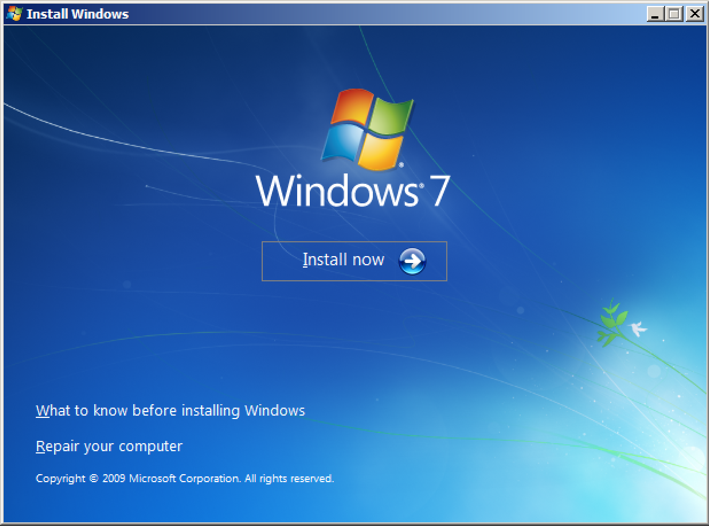 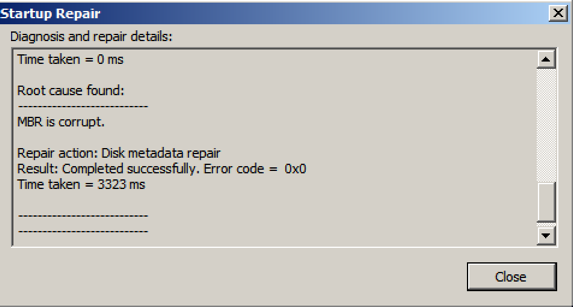 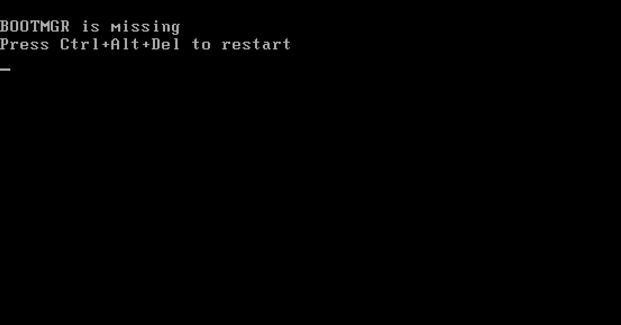 The above steps will allow the user to access the system again, but certain files (that match the target extension list) on the system will still be encrypted and can only be decrypted with a private key possessed by the NotPety authors. Analysis also shows that the malware only encrypts the first 1MB of file contents, if the size of the file is greater than 1MB. The remaining contents are left untouched and intact.

As the above image shows, line 20 compares the file size with 0x100000 (1,048,576 bytes or 1MB). If the file size is greater than 1MB, line 26 declares variables FileSize_1 and FinalFileSize to be 0x100000. These values are then used in CreateFileMappingW, MapViewOfFile and CryptEncrypt to encode the first 1MB of the file contents. The rest of the file remains untouched.