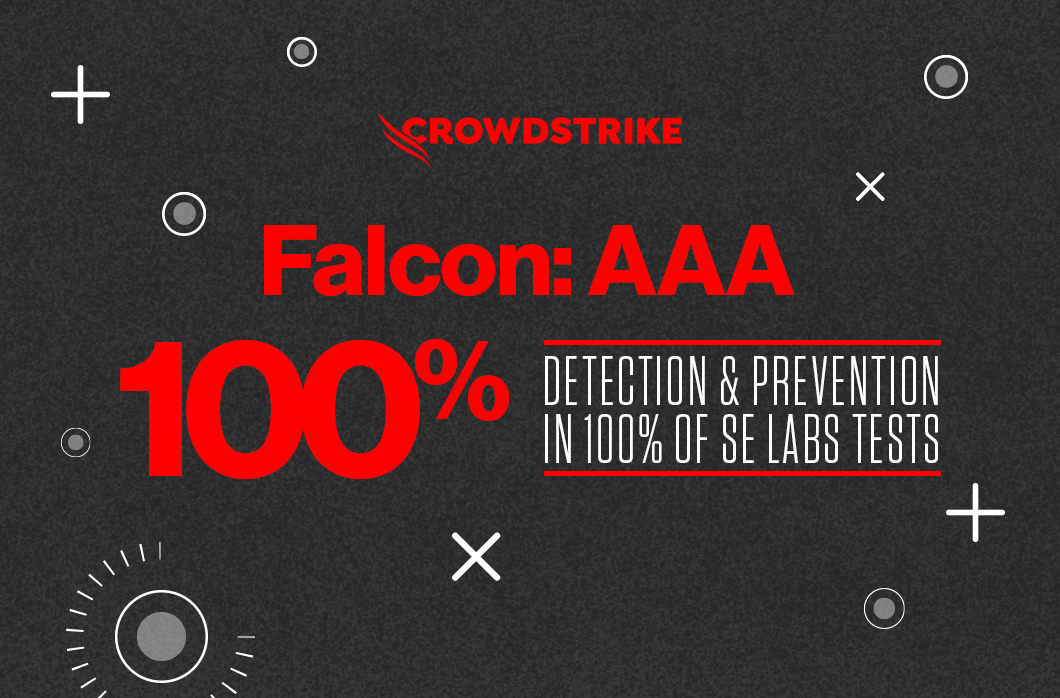 Our mission at CrowdStrike is to stop breaches. The transparency of our capabilities is vital to us, and close-to-real-world testing scenarios provide our customers with the confidence and assurance of our commitment to continuously deliver best-in-class results. We’re pleased to announce that for the tenth time, CrowdStrike Falcon® received the highest AAA rating in the Q1 Enterprise Endpoint Protection evaluation from independent testing organization SE Labs.

This certification shows once more that we are succeeding in our mission to protect against sophisticated adversaries, and Falcon is highly effective in neutralizing and blocking threats. 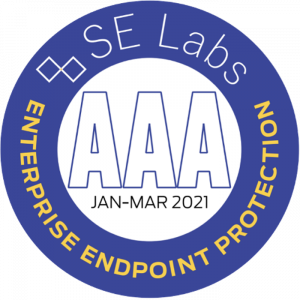 Increased adversary sophistication in tactics, techniques and procedures (TTPs) has increased the endpoint attack surface. This sophistication is reflected in exploit-based attacks and the use of living-off-the-land tools and tactics, both of which are aimed at concealing adversary activity. As a result, endpoints are often the most exposed to sophisticated attacks that lead to full-blown breaches.

Accurately detecting threats is critical. CrowdStrike ingests and analyzes more than 5 trillion endpoint-related events in real-time every week, making the Falcon security cloud platform one of the industry’s most advanced sources of truth for security insight and adversary intelligence. Machine learning-powered analytics allow us to gain more value from this data and intelligence to detect, prevent, predict and mitigate advanced attacks and zero-day exploits that leverage trusted processes.

Alert fatigue is one of the industry’s biggest problems — an unnecessary stream of alerts causes noise that can distract security analysts and reduce their efficiency in identifying when an endpoint is actually under attack. And, false positives can lead to business interruptions due to automated remediation processes that may break devices and result in costly downtime as IT and security teams work overtime to bring machines back to normal operations.

Therefore, the accuracy with which a security solution correctly distinguishes between malware and legitimate applications and URLs is critical for enterprises. CrowdStrike Falcon achieved a 100% accuracy rating in this recent SE Lab Enterprise Endpoint Protection test.

CrowdStrike Falcon achieved a perfect score in protecting against targeted exploit-based attacks by successfully detecting and blocking attempts throughout all tests.

At CrowdStrike, we fully support and applaud independent testing organizations for their continuous effort in expanding and improving the cybersecurity community through these tests.

Not only does CrowdStrike Falcon have an impressive track record of 10 AAA ratings in SE Labs Enterprise Endpoint Protection reports since March 2018, Falcon was named Best New Endpoint Solution in SE Labs’ annual report, speaking directly to our cloud-native architecture and ability to protect against sophisticated adversaries across all types of workloads. Previous Breach Response reports from the same organization also awarded Falcon a AAA rating, highlighting its strength in stopping breaches and CrowdStrike’s technological capability for detecting targeted attacks and remediate any damage or risk posed by adversaries.

By testing security vendors against emulated sophisticated adversaries, tactics and techniques, security decision makers and enterprises have actionable data that helps assess the effectiveness of security products. Our commitment to third-party independent testing represents critical validation for our mission to stop breaches.

MacOS is ubiquitous in enterprise environments, with no signs of slowing down. Recent IDC analysis shows…

Virgin Hyperloop, a global startup with a world-changing mass transit vision and the intellectual property (IP)…