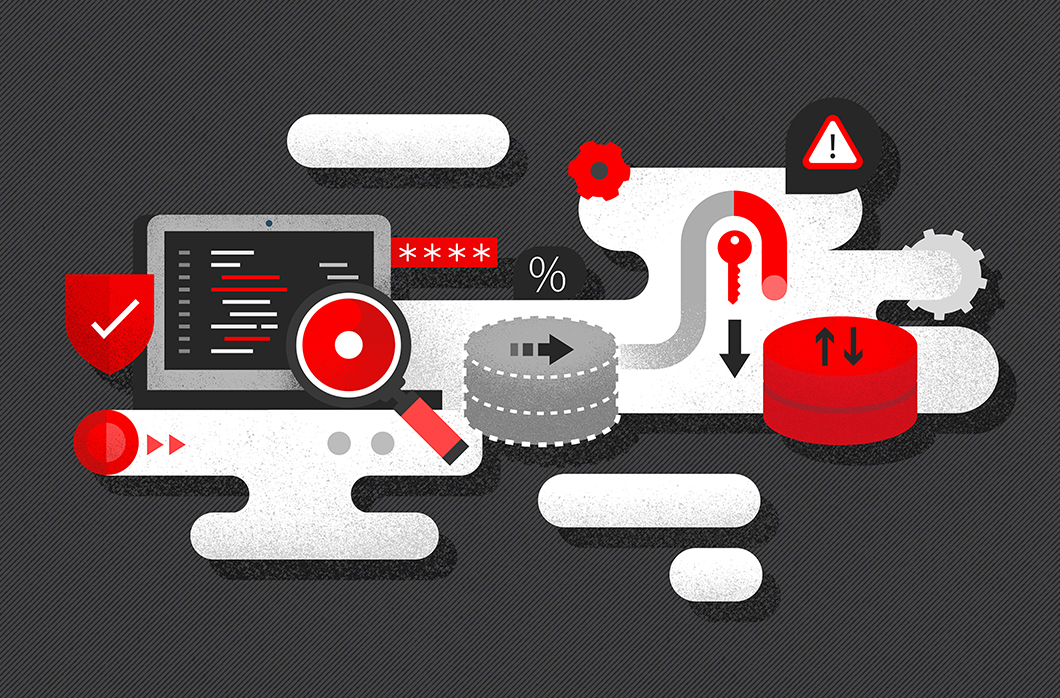 In our last post, Testing Data Flows using Python and Remote Functions, we discussed how organizations can use remote functions in Python to create an end-to-end testing and validation strategy. Here we build on that concept and discuss how it is possible to design the code to be more flexible.

The Need to Update the Classic Testing View

A classical testing view is defined by a sequence of steps that do a particular action on the system. This typically contains:

Each of these actions are separate but dependent on one another. This means that for each test, we can assume that the setup has run successfully and, in the end, that the teardown has run to clean it up. In complex test scenarios this can become cumbersome and difficult to orchestrate or reuse.

In a classical testing model, unless the developer writes helpers that are used inside the test, the code typically cannot be reused to build other tests. In addition, when helpers are written, they tend to be specific to certain use cases and scenarios, making them irrelevant in most other situations. On the other hand, some helpers are so generic that they will still require the implementation of additional logic when using them with certain test data.

Finally, using test-centric development means that many test sequences or test scenario steps must be rewritten every time you need them in different combinations of functionality and test data.

To avoid these issues, we take a modularized approach to testing. You can imagine each test component as a Lego block, wherein each piece can be made to fit together in order to create something bigger or more complex.

These flows can map to a specific functionality and should be atomic. As more complex architectures are built, unless the functionality has changed, you don’t need to rewrite existing functions to fit. Rather, you can combine them to follow business context and business use cases.

The second part of our approach relates to functional programming, which means we create independent testable functions. We can then separate data into payloads to functions, making them easy to process in parallel.

To illustrate this point, let’s take a business use case for a product that identifies vulnerabilities for certain applications installed on a PC. The evaluation will be based on information sent by agents installed on PCs about supported installed applications. Information could be the name of the application, installed version, architecture (32 or 64 bits). This use case dictates that if a computer is online, the agent will send all relevant information to the cloud where it will be processed and evaluated against a publicly available DB of vulnerabilities (NVD). (If you are unfamiliar with common vulnerabilities and exposures, or CVE, learn more here.)

Our testing flows will be designed around the actual product and business flows. You can see below a basic diagram of the architecture for this proposed product. 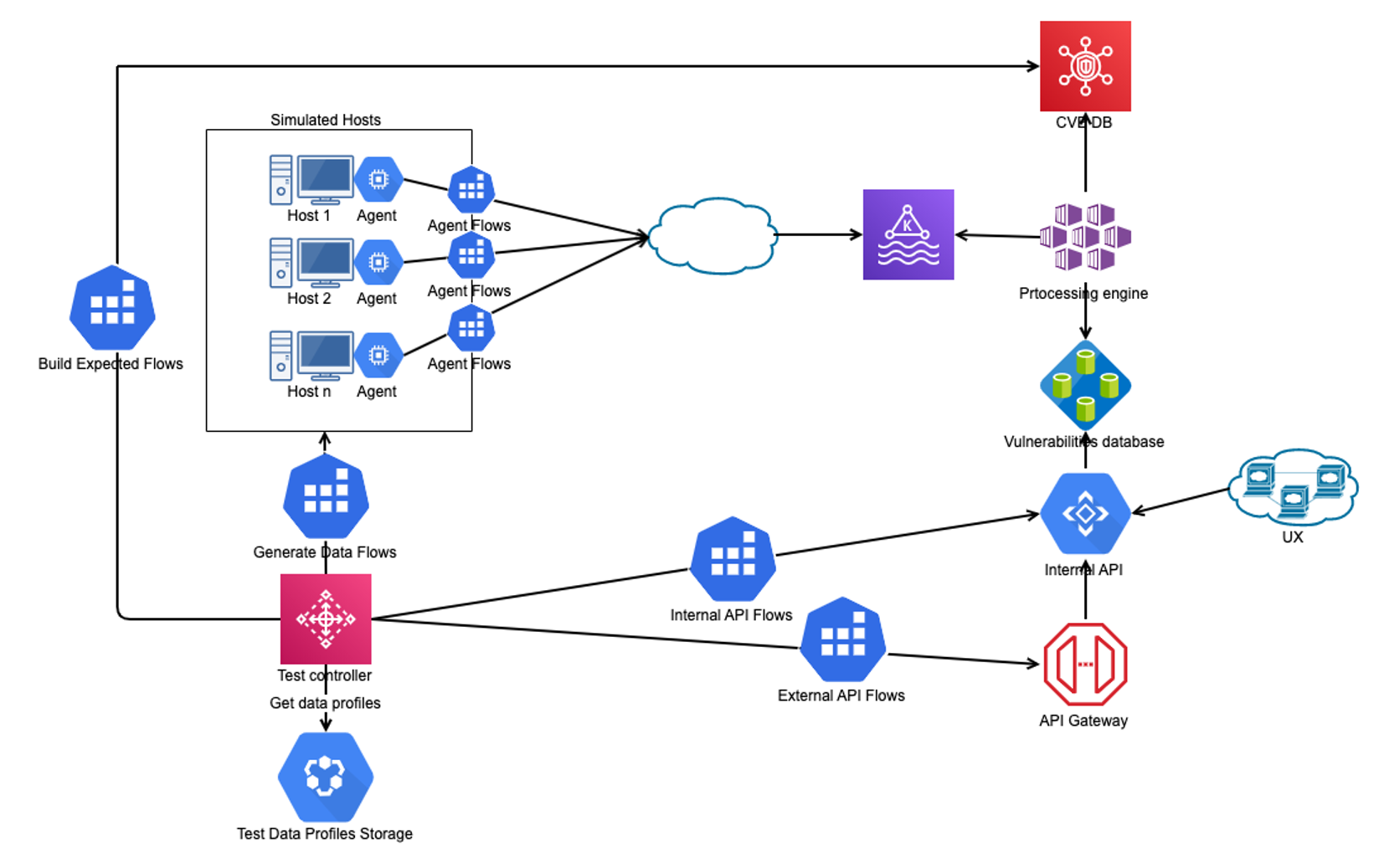 You can see the following highlights from the diagram above:

There is a special section for generating and sending data points to the cloud. This can be distributed and every simulated agent can be run in parallel and scaled horizontally to cover performance use cases.

Interaction with post-processed data is done through internal and external flows each with their own capabilities and access to data through auto-generated REST/GRPC clients.

Below you can see a diagram of the flows designed to test the product and interaction between them. 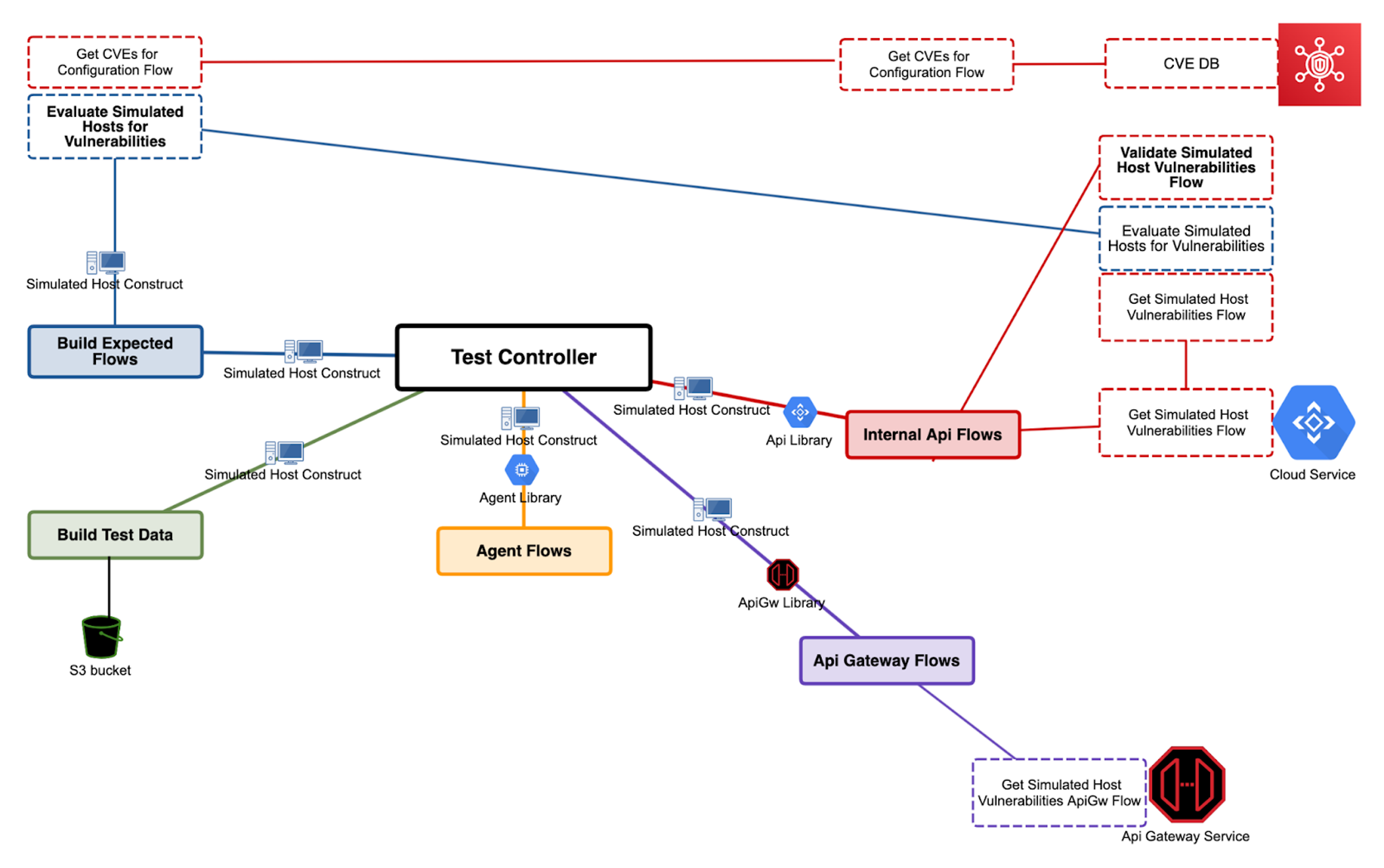 A closer look at the flows diagram and code

Flows are organized into separate packages based on actual business needs. They can be differentiated into public and internal flows. A general rule of thumb is that public flows can be used to design test scenarios, whereas internal flows should only be used as helpers inside other flows. Public flows should always implement the same parameters, which are the structures for test data (in our case being simulated hosts and services).

In this example all data is stored in a simulated host construct. This is created at the beginning of the test based on meaningful data selection algorithms and encapsulates data relevant to the test executed, which may relate to a particular combination of OS or application data.

Once the Simulated Host construct is created, it can be passed to any public flows that accept that construct. This will be our container of test data to be used in all other testing flows.

In case you need to mutate states or other information related to that construct, any particular flow can return the host’s constructs to be used by another higher-level flow.

TestServices construct encompasses all the REST/GRPC services clients that will be needed to interact with cloud services to perform queries, get post-processing data, etc. This will be initialized once and passed around where it is needed.

Function + Data constructs = Flow. Separation of data and functionality is crucial in this approach. Besides the fact that it makes the function work with a large number of payloads that implement the same structure, it also makes curating datasets a lot easier when implementing complex logic for selection data for particular scenarios independent from function implementation.

Internal flows are mainly used to gather information from services and do validations. For validations we use a Python library called PyHamcrest and a generic validation method that compares our internal structures with expected outcome built at the beginning of test

We first use a method called create_validation_map which takes a list of structures that will contain data relevant for the actual response from the services. This is used to normalize all the structures and create an actual and an expected validation map which will be used in the assert_on_validation_map method together with a specific matcher from PyHamcrest called has_entries to do the assert.

The Advantages of a Modular Testing Approach

There are several key advantages to this approach:

Final Thoughts: When to Use Flow-based Testing

Flow-based testing works well in end-to-end tests for complex products and distributed architectures because it takes the best practices in writing and testing code at scale. Testing and validation has a basis in experimental science and implementing a simulated version of the product inside the validation engine is still one of the most comprehensive ways to test the quality of a product. Flows-based testing helps to reduce the complexity in building this and makes it scalable and easier to maintain than the classical testing approach.

However, it is not ideal when testing a single service due to the complexity that exists at the beginning of the process related to data separation and creation of structures to serialize data. In those instances, the team would probably be better served by a classical testing approach.

Finally, in complex interactions between multiple components, functionality needs to be compartmentalized in order to run it at scale. In that case, flow-based testing is one of the best approaches you can take.

When do you use flow-based testing — and what questions do you have? Sound off on our social media channels @CrowdStrike. 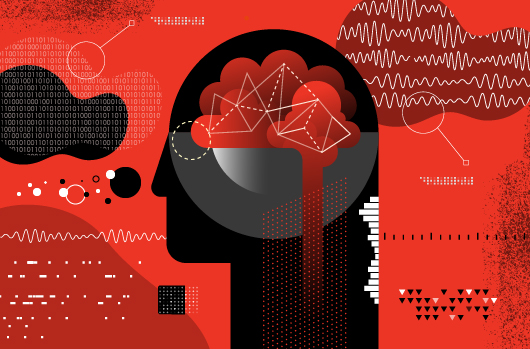 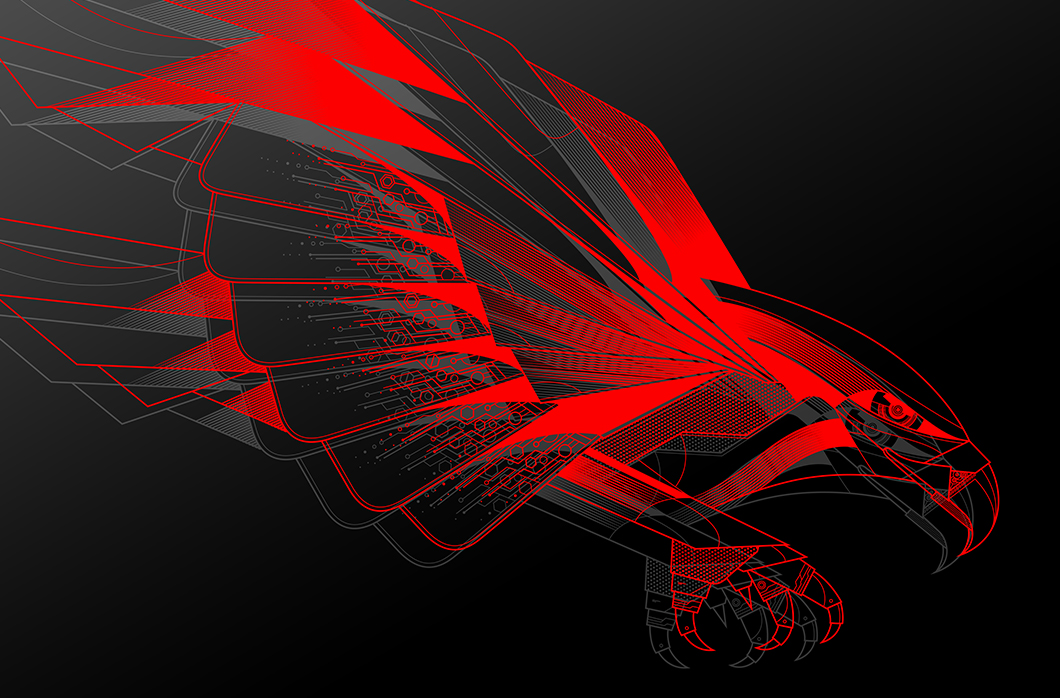 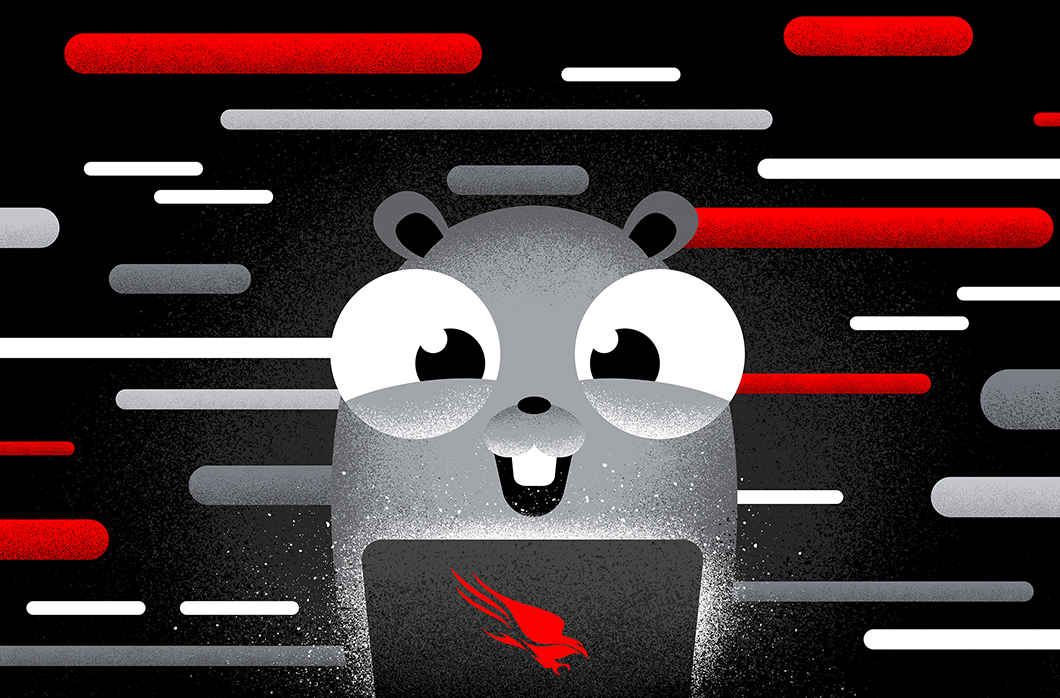 A More Modern Approach to Logging in Go