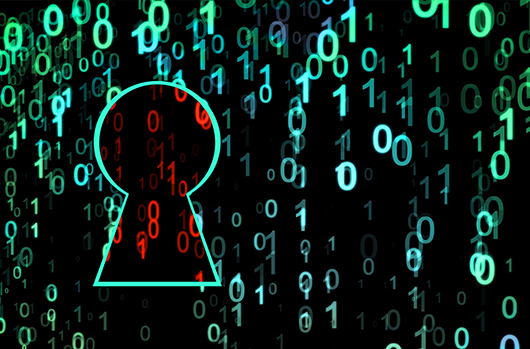 Analysts that perform macOS forensics have had few, if any, artifacts of program execution to rely on during investigations — until now. In macOS 10.13 (High Sierra), Apple introduced CoreAnalytics, which is a system diagnostics mechanism that maintains a record of Mach-O programs that have executed on a system over approximately one month. CoreAnalytics can serve a number of valuable analytical purposes for both insider threat investigations and incident response. The artifact can be used to:

This article provides a technical overview and analysis of the CoreAnalytics artifacts found in macOS 10.13, as well as a means for investigators to parse this artifact into a more digestible format.

The CoreAnalytics artifact provides a historical and current perspective on program execution, on a near-daily basis. This data is derived from two sources:

The diagnostic period is defined within the .core_analytics files within the first two lines, which establish the times that the period began and ended. Each diagnostic period ends at the first system sleep or shutdown after 00:00:00 UTC. As mentioned above, data for the day is staged in aggregate files before being submitted to a .core_analytics file for longer-term storage at the end of the diagnostic period. Consequently, CoreAnalytics cannot be used to determine the exact time that a program was executed, but can be used to determine the time frame (approximately within a 24-hour period) in which the program was run.

In light of this artifact, we have written a Python script (available on our public GitHub) that will parse both CoreAnalytics and aggregates files and write the results to a more easily consumable JSON or CSV. The CoreAnalyticsParser script will:

An application execution record may appear as below in a .core_analytics file:

When parsed by CoreAnalyticsParser, the same record will appear as:

NOTE: The parsed example above is in JSON format, which can be optionally generated with the script with the use of the -j flag. By default, the script will output the same data in CSV format.

The script can run on a live system or run against a directory that contains either CoreAnalytics or aggregate files.

The .core_analytics files contain JSON records that indicate both program execution history and timestamps that define the particular diagnostic period in which the history data was collected. These files, which can be found in /Library/Logs/DiagnosticReports/, are named with the convention Analytics_YYYY_MM_DD_HHMMSS_<systemname>.core_analytics. The timestamp in the filename is based on the system’s local time. Prior to 10.13, the DiagnosticReports folder only contained application fault and crash reports. Now, there is execution data for applications whether they crashed or not.

The analytics daemon, which is responsible for producing and gathering system analytics and diagnostics data, maintains information about previously-written CoreAnalytics files in /private/var/db/analyticsd. In the root of the directory, the currentConfiguration.json file appears to maintain a dictionary of names, UUIDs and data types for the different subsystems that report to the daemon.

In the /private/var/db/analyticsd/journals directory, the da2-identity.json file maintains a listing of _marker records from recently generated CoreAnalytics files. The first entry generally predates the first available CoreAnalytics file by 7-10 days and the last entry appears to be one report behind the most recently written. Generally, this data may be used to confirm that all expected .core_analytics files are present and have not been tampered with.

Figure 3: The first line of a .core_analytics file, with the diagnostic period end timestamp.

The time that the diagnostic period began can be found in the following JSON record which begins with _marker. The UTC timestamp is the value paired with the startTimestamp field.

Figure 4: The second line of a .core_analytics file, with the diagnostic period start timestamp.

These files are typically generated in the DiagnosticReports folder daily upon the first sleep or shutdown past 00:00:00 UTC, based on our analysis of the binary plist /private/var/db/analyticsd/Library/Preferences/analyticsd.plist. This plist records the last submission time and next submission time of the .core_analytics in Unix Epoch format.

Figure 5: Contents of the analyticsd.plist that reveal last submission and next submission timestamps.

However, our testing shows that the report is generally written at the first sleep or shutdown after the submission time has passed.

Immediately afterward, two records appear that indicate two-hour and one-day heartbeats. The significance of these lines is yet unclear, as these heartbeats do not appear to correlate with the duration of the diagnostic period or the uptime of any of the programs recorded. The field name BogusFieldNotActuallyEverUsed may indicate that not only the field, but the data itself has been deprecated.

All of the lines that follow are comprised of three keys: name, uuid, and message. The name and uuid keys map to the particular subsystem that generated the record, while the message field contains a nested JSON record that contains additional data. The most common subsystems and UUIDs that we have observed are:

Table 2: Common subsystems that report to the analytics daemon and their UUIDs.

Our testing has shown that the UUIDs above are consistent across several systems running macOS 10.13.4 and 10.13.5. This would suggest that the UUIDs are associated exclusively with the subsystem and its particular version, and may be updated as Apple makes modifications to the subsystems in the future.

The comappleosanalyticsappUsage subsystem produces a single record per program that is executed.

The nine fields under message may provide significant forensic value to an analyst.

The data is stored in the following format in the CoreAnalytics record:

Below are the keys that were used to populate the record above, from the Info.plist located within Google Chrome.app.

If the program was run as an independent Mach-O executable, or the Info.plist is either unavailable, malformed, or incomplete, the appDescription will appear as UNBUNDLED ||| ???.

In the example below, the CFBundleVersion key in the GlobalProtect Info.plist was not populated.

If the program was run as an independent Mach-O executable, or the Info.plist is either unavailable, malformed or incomplete, this field is still populated in the CoreAnalytics record. Through our testing, we have not been able to identify the secondary source used by the analytics daemon to obtain this data.

In some cases, as shown below, the processName field will be left null. In these scenarios, it is practically impossible to determine which program’s execution has been recorded via CoreAnalytics.

In our testing, we identified that a different subsystem, comappleosanalyticsMASAppUsage, wrote a record to the CoreAnalytics file for Microsoft OneNote. The nested JSON in the message key has a different structure than in records written by comappleosanalyticsappUsage. Rather than an appDescription field, this record natively divides the CFBundleIdentifier and the CFBundleShortVersionString (along with the CFBundleVersion) into identifier and version fields. The record also lacks all of the other message keys aside from launches.

It is possible that other subsystems produce records with dissimilar data structures.

The /private/var/db/analyticsd/aggregates/ directory serves as a temporary staging location for each subsystem to store analytics data, before the data must be submitted and pushed to the day’s CoreAnalytics file. The directory contains one staging file per subsystem, where the filename is the subsystem’s UUID. For example, the file 4d7c9e4a-8c8c-4971-bce3-09d38d078849 contains data generated by version 1.0 of the comappleosanalyticsappUsage subsystem that will be written to a CoreAnalytics file in /Library/Logs/DiagnosticReports/ at the first sleep or shutdown after 00:00:00 UTC. The contents of these files appear to be a set of nested arrays. The array for Google Chrome, for example, appears as below:

The values correspond to the following fields that would normally appear in a CoreAnalytics record produced by the comappleosanalyticsappUsage subsystem:

By parsing out the array of values in an aggregate file and correlating them with the fields above, it becomes possible to analyze application usage information for the current day, before it is written out to a CoreAnalytics file.

CoreAnalytics provides a trove of information about the usage of a system and its applications. Program execution history that covers a month of activity can serve a crucial purpose in investigations where collection of evidence is not immediately feasible. Though documentation from Apple may provide additional clarity into the purpose of certain fields and the nature of their values, the analysis above provides a strong basis on which analysts can begin to investigate application activity on macOS systems.

For more information on CrowdStrike’s Incident Response, Compromise Assessment or Threat Hunting offerings, visit the CrowdStrike Services page or please reach out to us at: Services@crowdstrike.com