Tim Parisi From The Front Lines 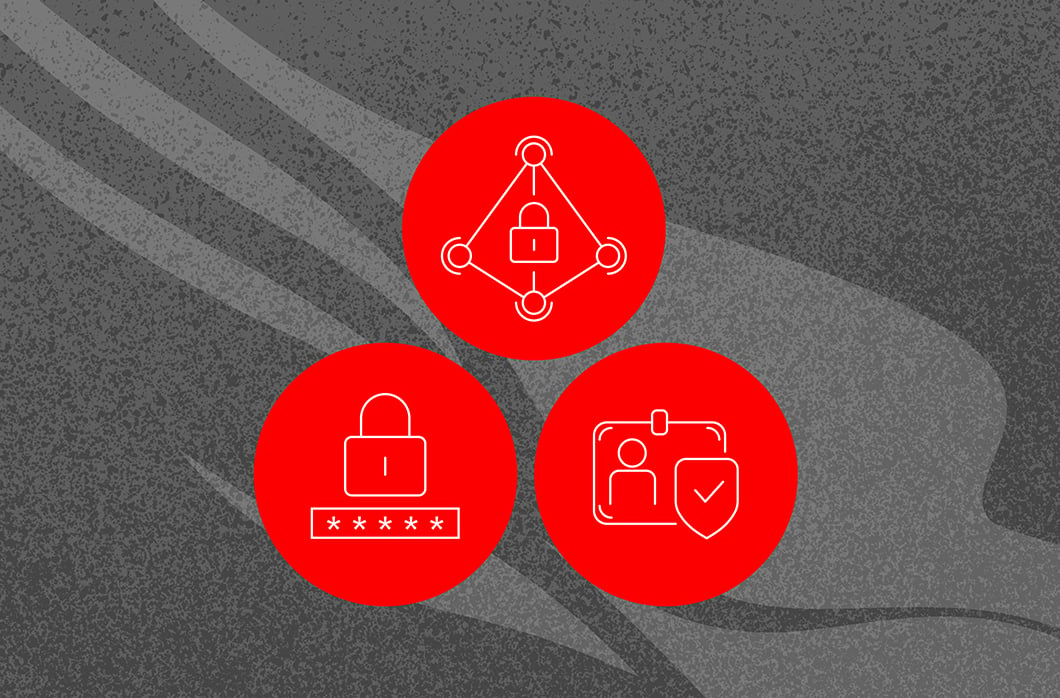 Incident responders and internal security teams have historically had limited visibility into Microsoft AD and Azure AD during an investigation, which has made containment and remediation more difficult and reliant on the victim organization to provide historical logs for retrospective analysis and perform manual authentication and hygiene audits. Since CrowdStrike acquired Preempt in 2020, the Services team has leveraged a new module in the Falcon platform, Falcon Identity Threat Detection (ITD), to gain timely and rich visibility throughout incident response investigations related to Activity Directory, specifically account authentication visibility, credential hygiene and multifactor authentication implementation. This blog highlights the importance of Falcon ITD in incident response and how our incident response teams use Falcon ITD today.

How Falcon ITD Is Leveraged During Incident Response

It’s no secret that one of CrowdStrike’s key differentiators in delivering high-quality, lower-cost investigations to victim organizations is the Falcon platform. Throughout 2021, we have included Falcon ITD in the arsenal of Falcon modules when performing incident response. This new module provides both clients and responders with the following critical data points during a response:

In a typical incident response investigation, our teams work with clients to understand the high-level Active Directory topology numbers (e.g., domains, accounts, endpoints and domain controllers). Once the domain controllers are identified, the Falcon ITD sensor is installed to begin baselining and assessing accounts, privileges, authentications and AD hygiene, which typically completes within five to 24 hours. Once complete, Falcon ITD telemetry and results are displayed in the Falcon platform for our responders and clients to analyze. 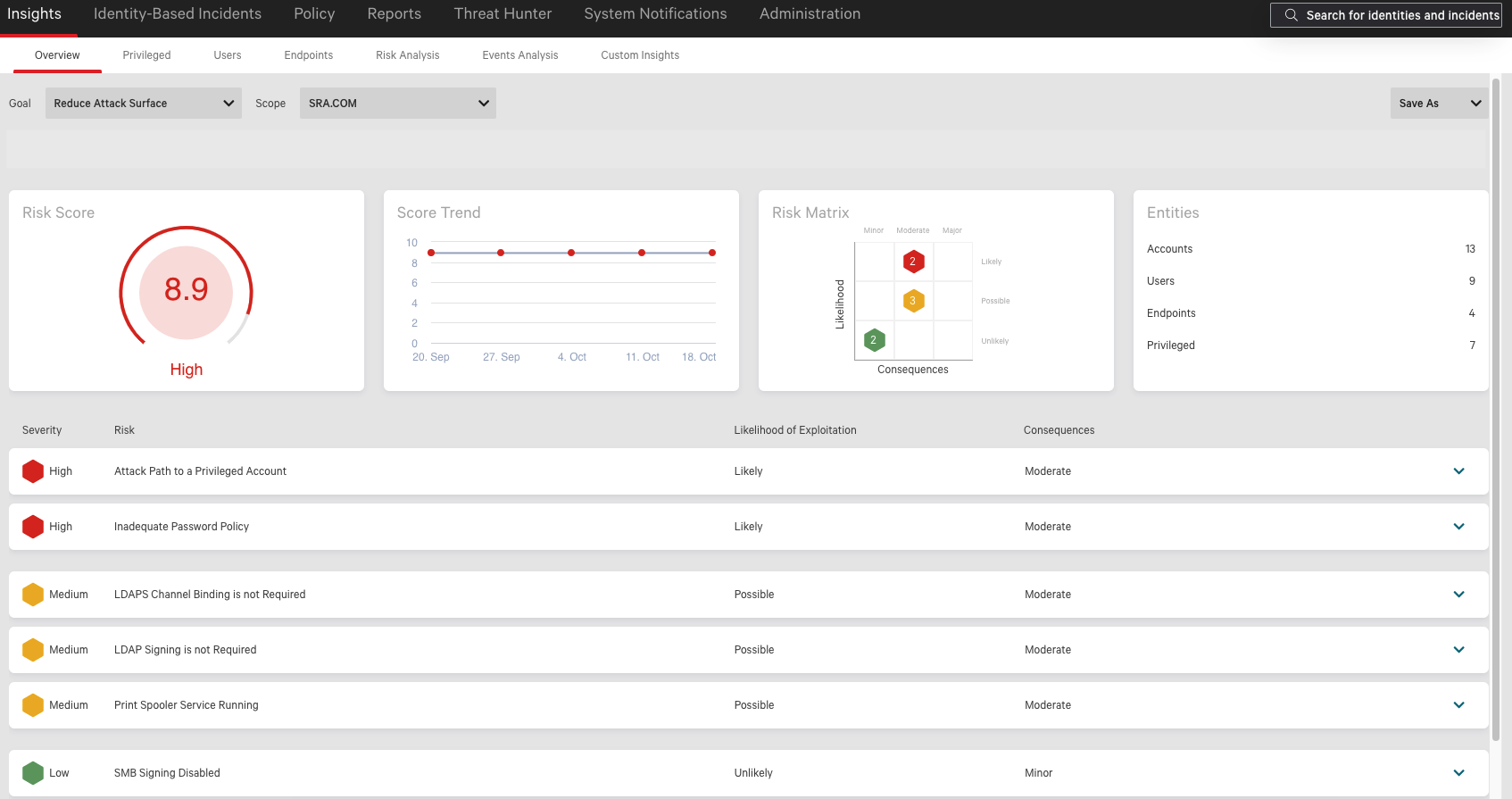 Figure 2 shows the main Incidents dashboard. This dashboard highlights suspicious events based on baseline patterns and indicators of authentication activity, and also includes any custom detection patterns the CrowdStrike incident response teams have configured, such as alerting when an account authenticates to a specific system.

CrowdStrike responders leverage this information to understand and confirm findings such as the following scenarios:

In addition to the above built-in policies, CrowdStrike responders, in consultation with clients, may also configure custom rules that will trigger alerts and even enforce controls within Falcon ITD, such as the following:

In other cases, responders are looking for additional information on accounts of interest that were observed performing suspicious activity. Typically, incident responders would have to coordinate with the client and have the client’s team provide information about that account (e.g., what group memberships it belongs to, what privileges the account has, and if it is a service or human account). Figure 3 shows how Falcon ITD displays this information and more, including password last change date, password strength and historical account activity. This is another example of how CrowdStrike responders are able to streamline the investigation, allowing our client to focus on getting back to business in a safe and secure manner. 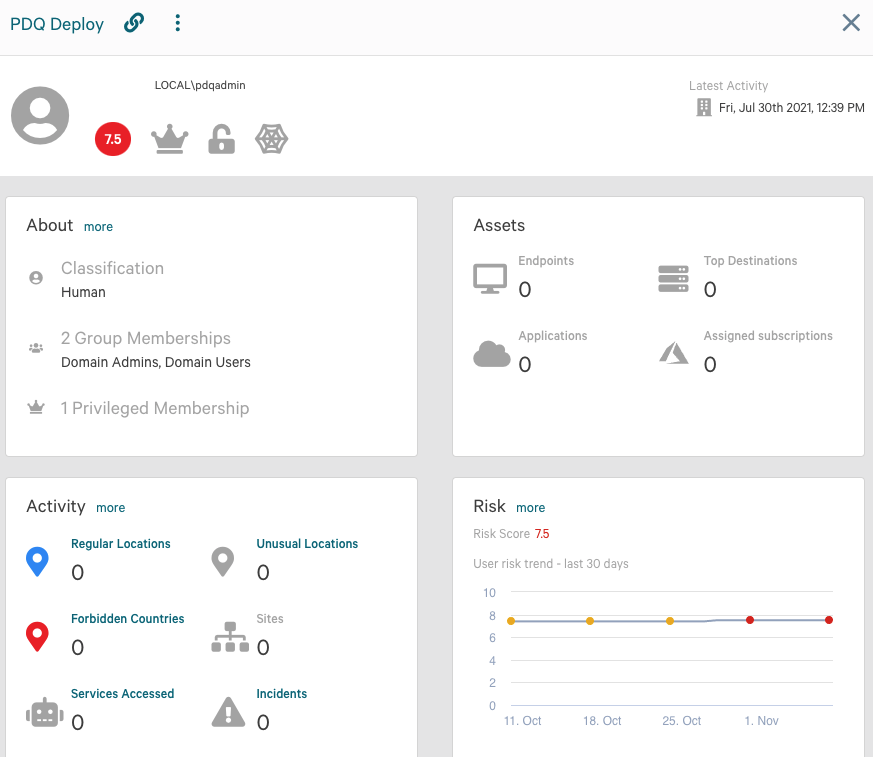 Falcon ITD also allowed CrowdStrike’s incident response teams to track the threat actor’s reconnaissance of SMB shares across the victim environment. The threat actor leveraged a legitimate administrative account on a system that did not have Falcon installed. Fortunately, the visibility provided by Falcon ITD still alerted incident responders to this reconnaissance activity, and we coordinated with the client to implement remediations to eradicate the threat actor.

During another investigation, CrowdStrike incident responders identified a nation-state threat actor that compromised an environment and had remained persistent for multiple years. With this level of sophisticated threat actor and the knowledge they had of the victim environment’s network, Active Directory structure and privileged credential usage, no malware was needed to be able to achieve their objectives.

Falcon ITD’s detection capabilities were also paramount in identifying the threat actor’s resurgence in the victim network by alerting defenders to a domain replication attack. This allowed defenders to swiftly identify the source of the replication attack, which emanated from the victim’s VPN pool, and take corrective action on the VPN, impacted accounts and remote resources that were accessed by the threat actor.

Falcon Identity Threat Detection provides CrowdStrike incident response teams with another advantage when performing investigations into eCrime or nation-state attacks by providing increased visibility and control in Active Directory, which had previously been unachievable at speed and scale.