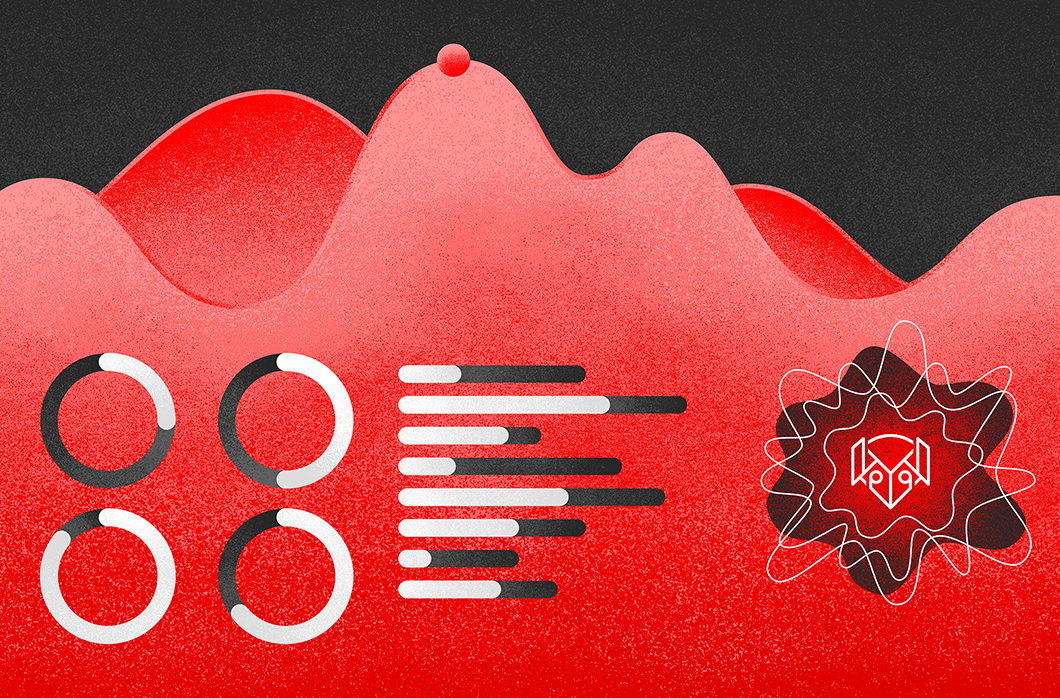 CrowdStrike processes hundreds of billions of events on a daily basis, which are processed by our custom-built CrowdStrike Threat Graph® database, which leverages cutting-edge security analytics to collect high-fidelity telemetry from millions of endpoints around the globe and index them for quick and efficient analysis.

In this post, we discuss how we onboard new events into Threat Graph using a domain-specific language (DSL).

Handler: Code that implements a specific interface, registers to be notified of certain event types, and gets invoked when we receive a matching event on our event bus. The handler processes one or more events to mutate specific graph entities.

Event: A message that is generated by the CrowdStrike Falcon® sensor with information related to processes, hosts and other entities. These events contain attributes that describe the event details as well as how they may be related to other events.

Threat Graph ingests data from multiple sources alongside the CrowdStrike Falcon® agent. In the beginning, as new or improved telemetry data was sent to Threat Graph, it required engineers from the Threat Graph team to handwrite code to capture and transform the data to the proper graph representation.

This process was more involved and time-consuming because the Threat Graph team did not have the domain expertise about all of the data ingested, and did not always have the necessary context about the best way to represent the data in the graph.

In addition, the team had a limited number of engineers, resulting in a bottleneck for improving the graph using the updated telemetry data. Further, it was impractical to ask non-Threat Graph team members to learn the internal Threat Graph frameworks, avoid anti-patterns, follow best practices and write bug-free, performant code. In short, it was not a scalable solution. We needed to overcome these limitations — and a DSL seemed to fit the bill.

What Is a DSL?

A DSL is a language specialized to an application domain, using language and concepts inherent in that domain. By limiting the language to just the natural concepts of the domain, it helps to express the problems more clearly than common Turing-complete languages such as C++, Java or Go.

Our DSL lets our engineers define and ingest data with complex relationships into Threat Graph in a simple, clear and intuitive way. This removes the constraint of knowing Golang (Go) and internal Go frameworks, which are used by Threat Graph to ingest data. This also helps enforce data model constraints and best practices, avoiding bugs and generating efficient and testable code. This is a crucial point when processing a very large number of events, as is the case with Threat Graph.

Key components used in our DSL specification are:

We chose HCL with HIL as our DSL specification. HCL might not be the most obvious choice  when choosing a DSL. However, HCL is a very well-written, well-managed and popular configuration language. It is a close relative to JSON in terms of syntax and readability, which made it a good choice for our team. In addition, it has great support for Go, our primary language.

Threat Graph is written in Go and operates based on a strictly defined data model for graph entities and properties. Each of the Threat Graph Go frameworks, tools and utilities help us enforce validations to ensure data model compliance. Over the years, the Threat Graph team has carefully fine-tuned optimizations to simplify the process of writing handlers.

By choosing a relatively simple specification language for a DSL, it is possible to express how events are transformed into Threat Graph’s data model while separating the complex concerns of Threat Graph’s runtime performance, constraints and best practices. This helps other teams in CrowdStrike quickly contribute new data into Threat Graph without having to learn all of the intricacies of the underlying system. Instead, they simply author the DSL, and our code-generation toolchain behind the DSL generates the code in the most optimal way possible.

As a first step, we defined how we want to structure our handlers, as well as key parts of processing an event and extracting the information needed to mutate the graph.

All code snippets mentioned in this blog are written in Go.

Below is the DSL specification annotated to Go types that is used to unmarshal to Go types and that will later be converted to an intermediate representation that is used in the Go framework for Threat Graph.

Side Note: A few use cases have been excluded in the snippets below to keep the content relevant and simple. Features such as nested variables, conditional variable extraction and error handling are not shown. In all code snippets, we ignored the log statements and metrics-tracking for simplicity.

Go Representation of the DSL Specification

There is quite a bit to unpack from the above DSL spec definition. Here we define each of these pieces separately and explain their function.

The handler section is the top-level section that encapsulates the entire spec and gives it a name, which in this case is process_handler.

You might ask: “Why not take them as a list?” Since we have more information related to an event that goes into this section, it is better to have them appear separately.

The const section defines the constants that the handler might refer to during processing. This helps minimize code repetition and bugs.

The var section defines the variables we want to extract from the event or compute based on data related to that event. It also provides an “onError” field, which represents what to do when a field doesn’t exist, is empty or simply failed to be extracted.

There are three options for onError:

In a variable “host,” we extract the field “Hostname” from the event.

In a variable “processID,” we extract the processId from the event.

In a variable “user,” we call a predefined function.

As part of this process, we provide several common field extractions to be used as userlib functions. This allows users to proceed even if they don’t have the associated field names. This also enables our team to provide certain complex computations as userlib functions and bypass  features that are not yet built into the DSL. In doing so, our team is set up to achieve a clean cutover at a later time.

At this point, we can also incorporate variables computed in previous steps into the next variable’s userlib functions.

More fine-grained variable extraction is possible with use of HIL expressions in var blocks. For example, the variable definition will extract the field from the event. If the value does not match a specific value, the user can ignore or exit the handler.

Introducing action expressions here gives the user the ability to act on the variable value after extraction. We will discuss how this comes together in code later.

The graph > mutation section defines the changes we want to perform on the graph based on variables and constants we previously defined in the handler.

The vertex section defines the vertex we want to create, reference or update in the graph. Every vertex will have a name, type, ID, timestamp and optional properties.

The edge section defines the edge relationship we want to create between a source vertex and a destination vertex. We make the representation of the edge as intuitive as possible, where “->” represents the outward edge and “<-” represents the inward edge. The above example creates an edge between the “user” vertex and the “host” vertex (both defined in earlier steps). The type of the edge is “UserHostEdge,” and the timestamp edge is created in the moment. Edges can also have properties, though this particular one does not specify any.

Putting it all together creates the below handler:

The DSL spec is pre-processed and converted to an intermediate representation that is enriched with the details that are required to mutate the graph and also aid with code generation. This intermediate representation is used to generate the Go code. This gives our team the flexibility to change the underlying code generation or features without updating the user-facing DSL spec.

In the above intermediate representation, we make the spec more verbose for easy processing. This step of the process is what helps maintain the intuitiveness of the user-facing spec and also ensure the simplicity of the process and code generation.

In Part 2, we will look into how the intermediate representation is used for Go code generation. Stay tuned!