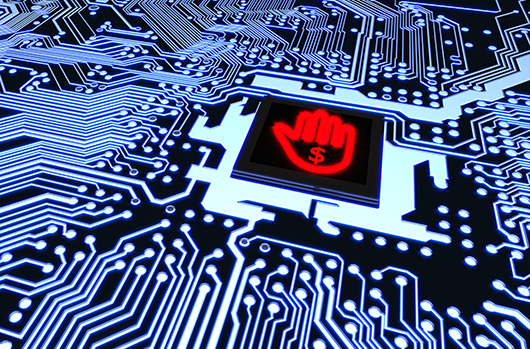 On March 22, the city of Atlanta, Georgia, was crippled by a ransomware attack that has since been identified as a SamSam (aka Samas and SamSa) ransomware variant — the work of a threat actor tracked by CrowdStrike Falcon Intelligence™as BOSS SPIDER. The attack left 8,000 city employees without their computers, while IT staff worked to clean and restore them. Although some systems were restored relatively quickly, several days after the attack citizens were still unable to pay their water bills and parking tickets, and the police were having to manually write reports. According to an April 9 article in Homeland Security Today, “Atlanta’s recovery has been slow, and a vast amount of data may be unrecoverable.”

Falcon Intelligence previously reported that they had identified new samples of this ransomware — stating that the operators continue to distribute the threat at a steady pace and in a targeted manner. The samples they identified are all believed to have been used in successful infections based on the time-to-payment countdowns observed on the ransom payment sites.

A New Twist on Ransomware Attacks

Unlike traditional malware-based ransomware attacks, SamSam breaks into the system as a targeted intrusion, with most of the attack actions being executed manually by the adversary. This is why this type of attack is so difficult to block with traditional antivirus prevention that is trained only to stop known malware.

SamSam may seem like just another variant in a growing number of targeted, enterprise ransomware families. However, what makes it unique is how it uses unpatched software to reach its intended targets. SamSam attackers typically scan the web to find unpatched server-side software as their entrance into an environment. They then create a backdoor, giving them easy access to collect data and credentials and move laterally through the network. These steps are taken before encryption of the victim’s files begins. When they finally deploy their strain of SamSam, they use the compromised server to spread ransomware throughout the organization’s machines and network-based backups.

The targeted nature of these attacks is likely providing more consistent and profitable results — as indicated by the higher than normal ransom requests that accompany them. In the case of Atlanta’s attackers, for example, the demand was for $51,000 in Bitcoin. These actors often gain a foothold within an organization’s network and then deploy ransomware to those areas of the environment most likely to yield results, targeting key servers and systems to limit the operations of the organization, increasing the pressure on victims to pay the ransom quickly. This seems to have been the case with the Atlanta attack.

Once the victim pays, the attacker sends a response. The screenshot below shows an example of a typical response from the SamSam operators once a ransom demand has been paid. The response features a URL to download the victim’s decryption keys. 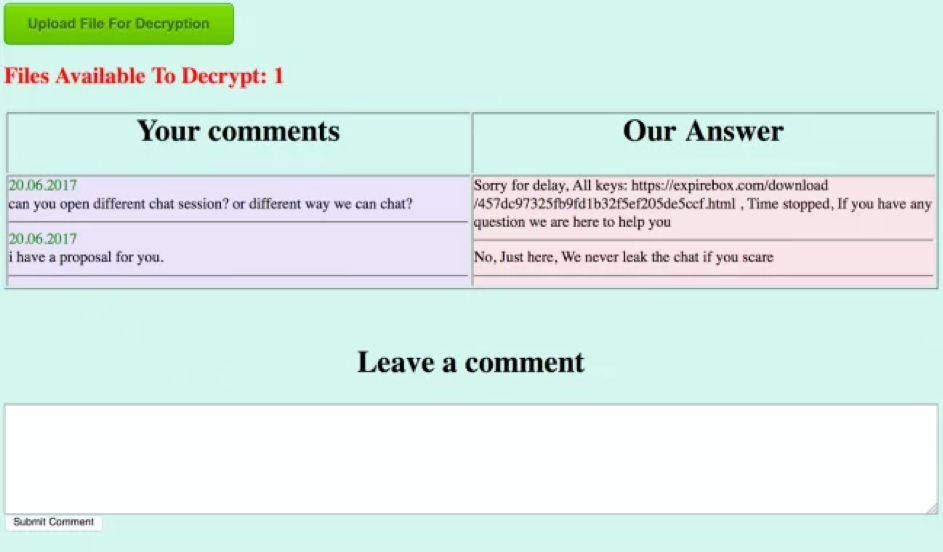 Best Practices for Preventing, Detecting and Responding to SamSam and Similar Attacks

CrowdStrike believes that attacks of this nature are highly likely to continue, as publicly successful incidents provide a powerful incentive for eCrime actors to continue their operations. It’s more important than ever for organizations to make cybersecurity a priority.  Here are some critical areas that will help you avoid being victimized by SamSam or a similar threat:

Organizations operating within this framework are much more likely to eject the adversary before they can move laterally through the network in their quest to fulfill their objectives.

A major takeaway illustrated by the SamSam attack is the need for organizations to shift their focus from traditional perimeter protection to actually stopping breaches. CrowdStrike believes that these enterprise ransomware attacks will continue to proliferate, which is why it’s critical that organizations adopt proactive cybersecurity techniques centered on identifying malicious behavior related to ransomware, even when no signatures or known exploits are present. In this context, applying machine learning and behavioral analytics to detect and respond to both known and unknown ransomware can improve organizations’ chances of stopping an initial infection from turning into a breach.

Given today’s sophisticated threat landscape, cybersecurity needs to be a priority that reaches far beyond the IT staff and permeates every department. In particular, it is critical that C-level execs and boards understand the risk they are taking by not adequately securing valuable data.

Shawn Henry, once of the FBI, is now President and CSO of CrowdStrike Services. Henry is credited with boosting the FBI’s computer crime and cybersecurity investigative capabilities. He has been interviewed on “60 Minutes,” “CBS Evening News,” “Good Morning America,” “The Today Show,” “Dateline,” and C-SPAN and by Forbes, BusinessWeek, The Wall Street Journal, the Associated Press and USA Today.