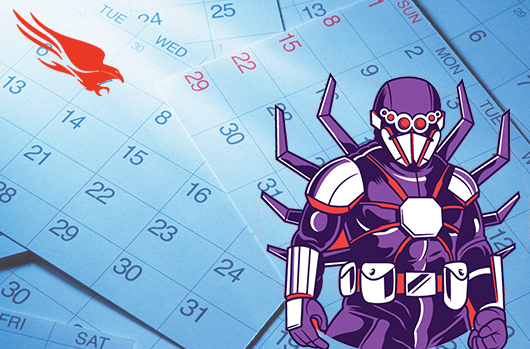 The tactic of singling out large organizations for high ransom payouts has signaled a shift in the eCrime ecosystem, with a focus on targeted, low-volume, high-return criminal activity. It’s a type of cybercrime operation we refer to as “big game hunting.” CrowdStrike® Services has observed that the time from gaining initial access in the victim’s environment to launching ransomware can range from days to months. During this time, there are several opportunities to detect an adversary in the process of learning your network – and potentially stop their attack before it occurs. This blog uses the MITRE ATT&CK™ Framework to map WIZARD SPIDER and GRIM SPIDER tactics, techniques and procedures (TTPs) observed across several CrowdStrike Services engagements, illustrating how an attack unfolds and the different stages involved.

An uptick in activity from GRIM SPIDER, a subgroup of the criminal enterprise CrowdStrike Intelligence tracks as WIZARD SPIDER, has led to the identification of consistent actions employed to carry out their attacks. As part of their initial compromise — usually as a download from a spam email — they gain a foothold with their modular TrickBot malware, which was developed and is principally operated by WIZARD SPIDER. Once TrickBot is executed, new enumeration modules are downloaded onto the compromised machine to facilitate WIZARD SPIDER’s spread in search of credentials with the aim of gaining access to the domain controller. The criminal actors use RDP to perform lateral movement and explore the victim environment, with an end result of gaining access to the domain controller. Once this access has been achieved, GRIM SPIDER is able to deploy the Ryuk ransomware to the entire network. These observations come from system log data, CrowdStrike Falcon® sensor telemetry, and the output of the Falcon Forensic Collector (a customized version of CrowdStrike’s freely distributed community tool, CrowdResponse).

While the use of malicious attachments in spam emails is the most common initial access vector — determined across multiple CrowdStrike investigations — the available data from these investigations had either been removed or “aged off” the systems (i.e., dispersed due to the passage of time) before CrowdStrike Services could confirm the source. In cases where spam attachments could be verified — once a user has opened the attachment and enabled macro functionality — a PowerShell script downloads either Emotet, Bokbot or Trickbot, with the end payload being TrickBot. Within hours of TrickBot being executed, additional TrickBot modules are installed for network reconnaissance and credential theft.

Trickbot is installed as a scheduled task, using names like “WinDotNet,” “GoogleTask,” or “Sysnetsf” to masquerade as legitimate-appearing processes. These point to various copies of TrickBot installed in the system, usually within the user profile under %USER_DIR%\AppData\Roaming\ or a subdirectory. The subdirectories also use similarly misleading names like “WinDefrag” or “NetSocket” to appear innocuous. TrickBot may also be installed as a service with names like “ControlServiceA” that points to a copy in the system drive root.

WIZARD SPIDER uses a module named NewBCtestnDll64 as a reverse SOCKS proxy that allows for the download and installation of the open source  PowerShell Empire post-exploitation framework. These services launch a Base64-encoded PowerShell script that will fetch the full PowerShell Empire code from a remote IP. Each instance of the Updater service connects to a single IP address, and multiple versions may be added at the same time, pointing to different IPs and requesting a .php resource.

The TrickBot module used for credential harvesting is pwgrab64. As with all modules launched by the TrickBot core, pwgrab64 is installed into a subfolder, usually named either “modules” or “data,” and modified the following registry value:

Setting the “UseLogonCredential” value to “1” configures the Windows operating system to store credentials as cleartext in memory, where they can then be retrieved via the use of credential dumping tools. Older versions of the pwgrab module has a limited scope that targets mail clients, web browsers, FileZilla and WinSCP. Newer versions also dump passwords for applications such as PuTTY, VNC and RDP.

In the investigations reviewed by CrowdStrike Services, the UseLogonCredential registry value was observed having been set to “1” on systems throughout the infrastructure, often in conjunction with TrickBot’s first deployment to the host.

The TrickBot modules used for discovery include networkdll and psfin. TrickBot downloads modules for collecting local system information and scouting the network, primarily part of the networkdll module. This module has a battery of command line, WMI and LDAP queries to gather information, and then exfiltrate the data to GRIM SPIDER for review. The psfin module has a similar purpose but specifically searches for financial and point-of-sales indicators.

Following initial access, GRIM SPIDER focuses on collecting credentials from the compromised hosts and uses existing RDP in an attempt to get a domain administrator account and access to the Windows Domain Controller. This process can take several iterations of harvesting credentials, connecting to new systems and establishing persistence. For the incidents observed, this stage of the attack can last from a few days to a few months.

GRIM SPIDER also has been observed selecting a server to be the primary staging point. Subsequently, the adversary copies the Microsoft SysInternals PSTools archive to this system, and executes PsExec.exe, a utility that allows them to move laterally and execute commands on other Windows systems within the infrastructure. Using this common administrator tool, GRIM SPIDER can traverse the network, remotely installing TrickBot and adding persistence to new targets. TrickBot also has the shareDll module for propagating to other hosts using the current, active user credentials.

Once GRIM SPIDER has gained access to credentials and a Domain Controller, or other host management server, they would then stage the Ryuk ransomware on that system and deploy to targets via PsExec. Being the “noisiest” part of the operation, it is usually accomplished as quickly as possible to minimize chances of detection, as all of the necessary preliminary work has already been completed. In observed instances, the deployment and execution of Ryuk occurred in one session, typically lasting 3 to 8 hours.

Putting the pieces together gives a view into WIZARD SPIDER’S and GRIM SPIDER’s methodology, but it also provides some useful detection points that can give defenders advanced notice by setting up monitoring and configurations to thwart the goals of these eCrime actors. With this knowledge, we aim to equip you to stop the WIZARD SPIDER and GRIM SPIDER threat actors well before they have an opportunity to encrypt your data or cause serious harm to your business.

Table 1 below contains a mapping of WIZARD SPIDER and GRIM SPIDER tactics to the MITRE ATT&CK™ Framework.

Indicators of compromise (IOCs) associated with WIZARD SPIDER investigations are available in Table 2.