Red Teaming: How Red Team Testing Prepares You for Cyberattacks

When it comes to cyberattacks, it’s best to be prepared. Your organization’s confidential information is valuable to malicious users, and an attacker will go to great lengths to exploit a system. Red teaming helps prepare your cybersecurity team for sophisticated attacks by simulating real-world techniques so your team can identify vulnerabilities in your system and practice response methods.

Red team testing uses ethical hacking to identify breaches to an organization’s security system using real-world techniques like those used for social engineering attacks. Red teaming goes beyond a penetration test, or pen test, because it puts a team of adversaries — the red team — against an organization’s security team — the blue team. The red team is typically made up of highly trained security professionals who understand real-world tactics for compromising environments. Organizations can use information from this simulation to correct weaknesses in their security defense and improve their security posture.

Red team testing can help your company by thoroughly analyzing the strength of every security control your organization uses. Instead of relying on the theoretical capabilities of your security system, you can understand how they will hold up in practice. Red team testing doesn’t identify potential breach areas exclusively in your technology. It can identify security vulnerabilities in all of the following areas:

You should use red team testing because security threats are constantly developing, and it is costly to fall victim to an attack. According to the International Business Machines Corporation’s Cost of a Data Breach report, data breaches in 2021 cost companies over $4 million USD. This cost is the highest recorded in any year since the company started publishing the annual report. Red team testing helps you assess any gaps you have and understand how you need to adapt to avoid costly data breaches.

Who Red Team Testing Is Suitable For

Testing endpoint security periodically is important because tactics and technology change. Both penetration testing and red team testing offer valuable insight about areas to improve. However, one of these strategies may be a better fit depending on where a company is in its journey.

Generally, you should use penetration testing, or pen testing, when your security infrastructure is new because it offers a more general view of your organization’s vulnerabilities. During pen testing, testers attempt to penetrate different areas of your system so you can compile a comprehensive list of vulnerabilities. Pen testing usually lasts for a week or two.

To make the best use of a red team operation, your organization must prepare. Organizations should understand their security system well already and should have addressed any existing vulnerabilities. Then it’s helpful to identify a particular area that needs testing. For example, maybe you have particularly sensitive information on a specific server. Discuss this concern with your red team so they can focus on information gathering and strategizing around the particular target during a red team exercise.

Learn why red team/blue team simulations play an important role in defending the organization against a wide range of cyberattacks from today’s sophisticated adversaries.Read about red team vs. blue team

How to Build an Effective Red Team

After you select your red team members, it’s time to plan for the red team engagement. All of the following phases are components of an effective red team test, helping the team systematically work together to test your security system:

There are many popular red team tools that help team members use technology to thoroughly progress through all of these phases. For example, there are open-source tools that help teams scan for vulnerabilities, do reconnaissance by gathering information from public data sources and perform attacks like through creating phishing pages. Every red teamer should be familiar with a variety of tools so they can test using the same methods that your adversaries would.

What Are Common Red Team Tactics

Red teaming simulates a multifaceted cyberattack where teams use several different tactics to attempt to access your system. Let’s take a look at the most common red teaming tactics:

Red team engagements typically use a variety of tactics together to fully test the strength of your security system. Through this multipronged approach of red team tactics, you can learn a lot about your company’s strengths and weaknesses. You can identify vulnerabilities in your technology configuration as well as areas where your staff needs more training. If a large percentage of your staff clicked a link in a phishing email, consider requiring a training course about malicious email requests.

To help prepare your cybersecurity team to defend against targeted attacks, you can start by simulating team exercises. This attack simulation can educate your response team about common tactics as well as the best response tools. For example, malicious users have been using hiding services to evade detection, and now companies can use the same tool for defense as well. It’s important to stay informed about the latest tactics to be prepared for attacks and maximize your tool set.

How to Get Started with Emulation Exercises

Red teaming is an advanced and effective way for organizations to test the strength of their security system. When used along with other security measures, like endpoint security and threat hunting, red teaming can help you ensure your organization is protected from potential attackers.

The CrowdStrike Services team offers adversary emulation exercises to help you get started and prepare your response strategy in the event of a targeted attack. CrowdStrike Services develops a campaign that is specific to your organization. That way, you can simulate the method and impact of a real-world attack without suffering the consequences of an actual breach. Your business can then proactively make changes to ensure your system is mature and prepared for future incidents. To learn more about what CrowdStrike Services can offer your business, request information through our customer contact form. 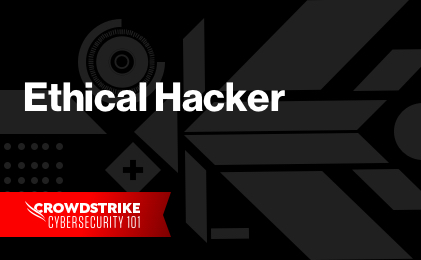 What is an Ethical Hacker? 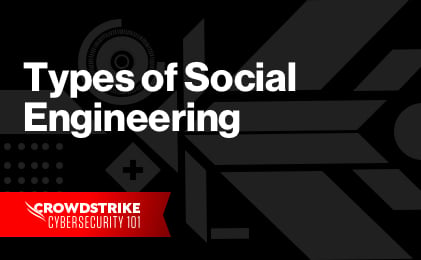