Social engineering is the act of manipulating people to take a desired action, like giving up confidential information. Social engineering attacks work because humans can be compelled to act by powerful motivations, such as money, love, and fear. Adversaries play on these characteristics by offering false opportunities to fulfill those desires. The least sophisticated social engineering attacks are a numbers game: offer enough people the chance to acquire a few million dollars and a few will always respond. However, these attacks can often be quite sophisticated, and even a highly suspicious person can be fooled.

Social engineering attacks are of great concern to cybersecurity professionals because, no matter how strong the security stack is and how well-honed the policies are, a user can still be fooled into giving up their credentials to a malicious actor. Once inside, the malicious actor can use those stolen credentials to masquerade as the legitimate user, thereby gaining the ability to move laterally, learn which defenses are in place, install backdoors, conduct identity theft and — of course — steal data.

How Does a Social Engineering Attack Work?

A social engineering attack may be conducted by email, social media, phone, or in person. However, no matter the channel through which the attack is conducted, the methods are consistent. The attacker will pose as an individual with a legitimate need for information such as an IT worker who needs a person to “verify their login credentials,” or a new employee who urgently needs an access token but doesn’t know the proper procedure to acquire one.

Steps of a Social Engineering Attack

Traits of a Social Engineering Attack

Pay attention to these warning signs if you think you are a recipient of a social engineering attack:

What are Some Common Types of Social Engineering Attacks?

Some of the most common social engineering techniques include:

Phishing attack emails include a call to action. They may ask the victim to click a URL to a spoofed website or malicious link that contains malware.

Awareness of phishing attacks is high, with even unsophisticated users knowing they exist. Yet they continue to work because people are distracted and busy or because they can be crafted so well that no one would be likely to question their authenticity.

Curious if you could catch a phishing email? Test your knowledge by reviewing this post:How to Spot a Phishing Email

Spear Phishing: A Spear phishing attack is a variation of phishing scam in which the attacker targets a demographic, such as employees of a certain company or finance directors in a certain industry.

Baiting attacks may lure the target with a desirable offer, such as free music, games or ringtones, hoping that the password the target uses to log in and get the free digital goods is one they’ve reused from more important sites. Even if the password is a one-off, the attacker can sell it on the dark web as part of a package with thousands of others.

In the corporate environment, a baiting attack is more likely to consist of a flash drive left in an obvious location, such as a breakroom or lobby. When the person who finds the drive plugs it into the corporate network to see who it belongs to, the drive downloads malware into the environment.

A quid pro quo attack is a social engineering scam similar to a baiting attack, but instead of taking a scattershot approach, it targets an individual with an offer to pay for a service. For example, the threat actor may pretend to be an academic researcher who will pay for access to the corporate environment.

Pretexting is a form of social engineering in which the attacker will present a false scenario, or “pretext”, to gain the victim’s trust and may pretend to be an experienced investor, HR representative, or other seemingly legitimate source. Pretexting plays on a victim’s emotions by utilizing a sense of urgency, offering a deal that is too good to be true or trying to gain sympathy to scam a victim.

Tailgating attacks are unique because they are solely conducted in person. Also known as a piggyback attack, a tailgating attack occurs when the attacker infiltrates a facility by asking an employee to hold the door open for them. Once inside the facilities, the attacker will attempt to steal or destroy any data and information.

When COVID-19 spread around the planet, people were filled with emotions like fear, uncertainty and hope — which are the top ingredients for an effective social engineering campaign. Cyber criminals took full advantage of these emotions when disseminating malicious email spam attacks (malspam) across the globe.

Read about the individual email spam attacks here: Malspam in the Time of COVID-19 >

CrowdStrike Intelligence identified a callback phishing campaign impersonating prominent cybersecurity companies, including CrowdStrike itself. The phishing email implied that the recipient’s company had been breached and insisted the victim call the included phone number. The hackers were ultimately after the victims’ sensitive information.

Shlayer malvertising campaigns used fake Flash updates and social engineering tactics to trick victims into manually installing macOS malware and compromising their systems. Slayer is a type of malware that can quickly and discreetly infect a victim’s system.

The best way to prevent social engineering threats is to take both a human and technological approach to your defense strategy.

Security awareness training is the best way to prevent being victimized. Make sure your company has a process in place to allow employees to engage IT security personnel if they have any reason to believe they might be the victims of a social engineering attack.

As a part of security awareness programs, organizations should continue to remind their employees of the following these common practices:

Beyond the human element, every organization should employ a cybersecurity solution that leverages the following capabilities:

Another best practice to prevent social engineering is to implement zero trust architecture, which grants limits a user’s access to all but specific systems to perform specific tasks, and only for a limited amount of time. When that time is up, access is rescinded. This approach limits the damage a malicious actor can do even if they are using stolen credentials to penetrate the system. 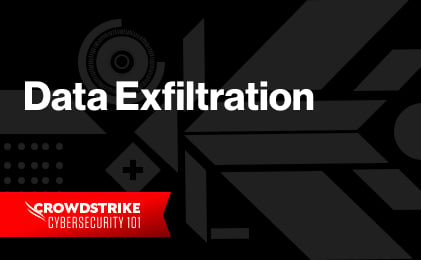