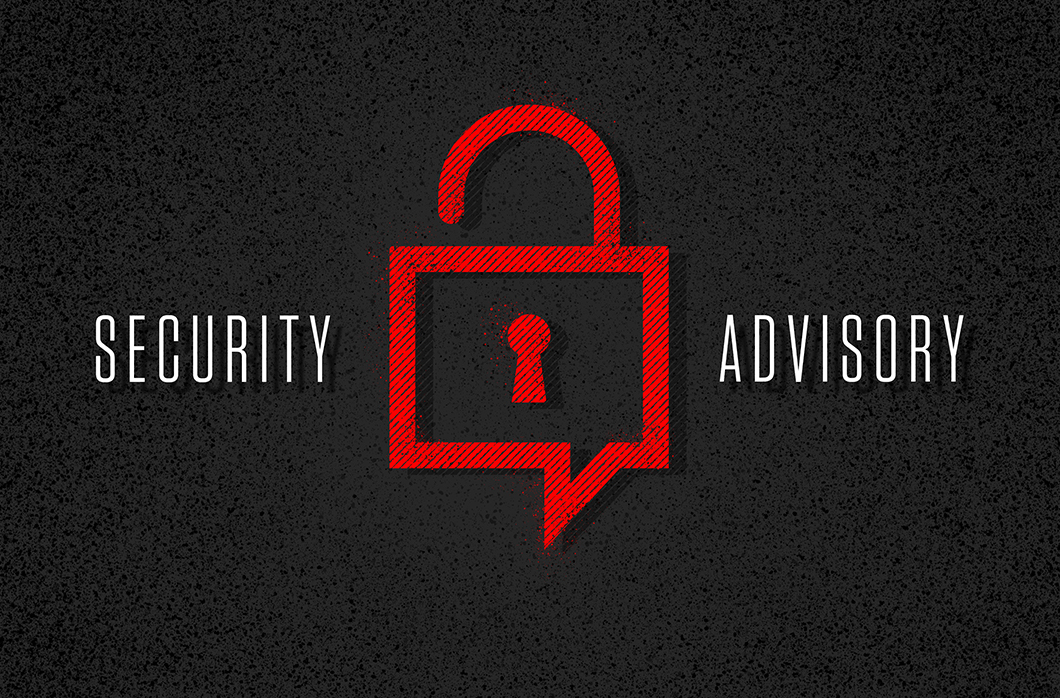 This blog was originally published on October 8, 2019.

CVE 2019-1166: This vulnerability allows attackers to bypass the MIC (message integrity code) protection on NT LAN Manager (NTLM) authentication and thereby modify any field in the NTLM message flow, including the signing requirement. This bypass allows attackers to relay authentication attempts that have successfully negotiated signing onto another server while tricking the server into ignoring the signing requirement. All servers that do not enforce signing are vulnerable to this attack. This is the second MIC bypass vulnerability found by the Preempt (now CrowdStrike) team.

NTLM relay is one of the most prevalent attacks on the Active Directory infrastructure. The most important defenses against NTLM relay are server signing and Enhanced Protection for Authentication (EPA). When these defenses are strictly enforced, the network is fully protected from NTLM relay attacks. However, for various reasons ranging from configuration errors and unsupported applications to more malicious intent, most networks are not fully protected. Modern NTLM implementations include special MIC protection. When the MIC is used by an NTLM client, launching NTLM relay attacks is much more difficult and in many cases, impossible.

NTLM relay is one of the most prevalent attacks on the Active Directory infrastructure. The most important defenses against NTLM relay are server signing and Enhanced Protection for Authentication (EPA); you can read more about these mitigations in June’s security advisory. When these defenses are strictly enforced, the network is fully protected from NTLM relay attacks. However, for various reasons ranging from configuration errors and unsupported applications to more malicious intent, most networks are not fully protected. Modern NTLM implementations include special MIC protection. When the MIC is used by an NTLM client, launching NTLM relay attacks is much more difficult and in many cases, impossible.

The MIC is an optional field provided by NTLM clients to ensure attackers cannot tamper with NTLM messages (e.g. using NTLM relay). The presence of the MIC is announced in the msvAvFlag field in the NTLM_AUTHENTICATE message (flag 0x2 indicates that the message includes a MIC) and it should fully protect servers from attackers who attempt to remove the MIC and perform NTLM relay. 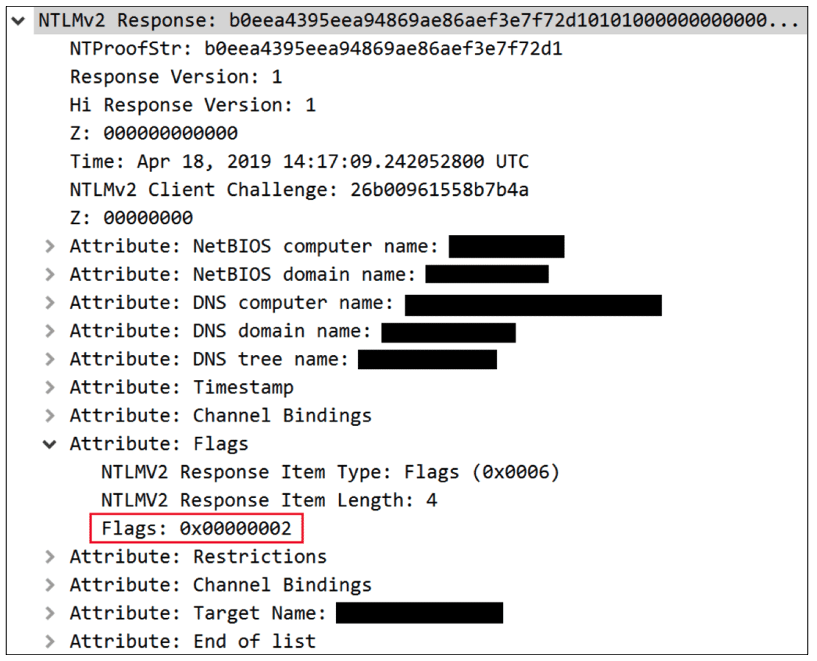 In our previous disclosure (CVE-2019-1040), we presented a way to remove the MIC from the message without tampering with the msvAvFlag field, simply by dropping it from the message along with the version field and some additional negotiation flags. After the fix, removing the MIC is no longer an option due to the validation performed on the msvAvFlag field. However, we were able to find an additional way to trick the server into believing the message does not include a MIC, allowing us to modify any stage of the NTLM authentication flow (e.g., remove the signing requirement).

The key to this new vulnerability is the understanding that the MIC is an optional field, and the only way NTLM servers can validate that this field is present is by inspecting the flags in the msvAvFlag field. In addition, since the msvAvFlag field is signed by the user’s password hash, attackers have no way of modifying it.

However, there is still a way they can bypass the MIC protection and modify any part of the NTLM negotiation stage at the signing requirement. This can be done in a similar manner to the technique we have disclosed in CVE-2019-1019 in our EPA bypass vulnerability. The EPA bypass vulnerability allows attackers to inject a msvAvFlag field into the av_pairs in the TargetInfo field of the NTLM_CHALLENGE, which would be echoed back in the NTLM_AUTHENTICATE message. If attackers set the msvAvFlag field to zero, this field would be injected into the NTLM_AUTHENTICATE message, along with an additional msvAvFlag field stating the correct value calculated by the client (which would be set to 0x2 if a MIC was added to the message).

The last question that remains: What will the attacked target do when receiving an NTLM_AUTHENTICATE message with two different msvAvFlag fields? Luckily for the attackers (and not so lucky for everyone else), the server only takes the first field into consideration, i.e., the one injected by the attackers stating that a MIC is not present in the message. All that is left for the attacker is to simply remove the MIC from the NTLM_AUTHENTICATE message and bypass any security feature protected by this field. 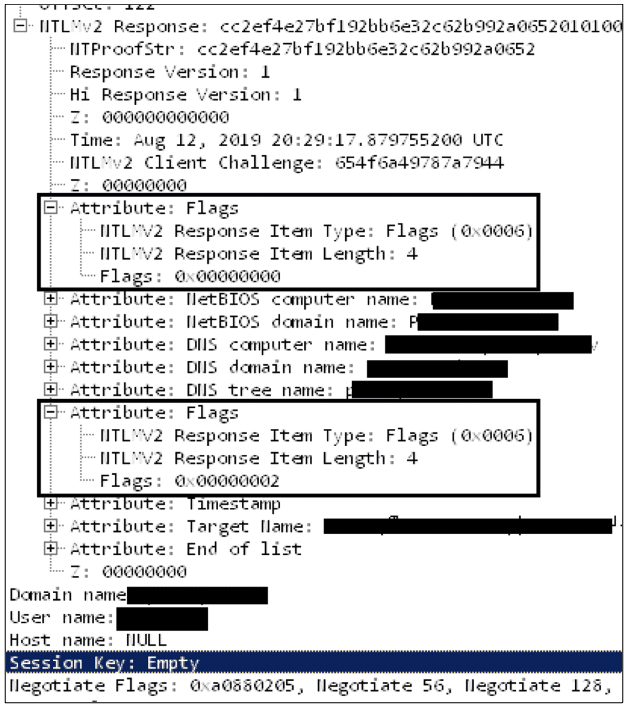 The exact attack flow to bypass session signing while removing the MIC is as follows:

We believe that this is a serious attack, as it adds unnecessary risks to server message block (SMB) relay in most networks, which is further compounded with the additional danger of bypassing EPA in certain NTLM clients.

Most clients today do not send an LM response during an NTLM authentication flow since it is considered less secure than NTLM. However, there are still some clients that send LM responses (specifically, LMv2 which is considered more secure) such as Firefox on macOS or Linux machines. While it is no trivial feat to perform a brute-force attack on an LMv2 response, we discovered that the consequences of sending an LMv2 response along with an NTLMv2 response are more severe than we imagined. If a client sends both responses, attackers can relay the authentication while bypassing various NTLM relay mitigations such as the MIC, EPA or the GPO for SPN target name validation.

The impact of these vulnerabilities is far-reaching and, in some cases, can cause full active domain compromise of a network. For example, by performing NTLM relay to a sensitive server that does not enforce SMB signing, or by performing NTLM relay to LDAP on a Domain Controller in order to modify sensitive active directory (AD) objects (LDAP signing was enforced by default only from January 2020). All active directory customers with default configurations are vulnerable to such attacks. Moreover, organizations that do not block LM responses and have clients who still send these default responses are vulnerable to targeted attacks on these clients to bypass additional NTLM protections. Despite Kerberos being the more prevalent authentication protocol in most organizations, NTLM is still enabled and thus abused by attackers to exploit the vulnerabilities that we have described above.

How can you protect your network?

On Patch Tuesday, January 12, 2021, Microsoft released a patch for CVE-2021-1678, an important vulnerability discovered by CrowdStrike® researchers. This vulnerability allows an attacker to relay NTLM authentication sessions to an attacked machine, and use a printer spooler MSRPC interface to remotely execute code on the attacked machine. A similar MSRPC relay first appeared in […] 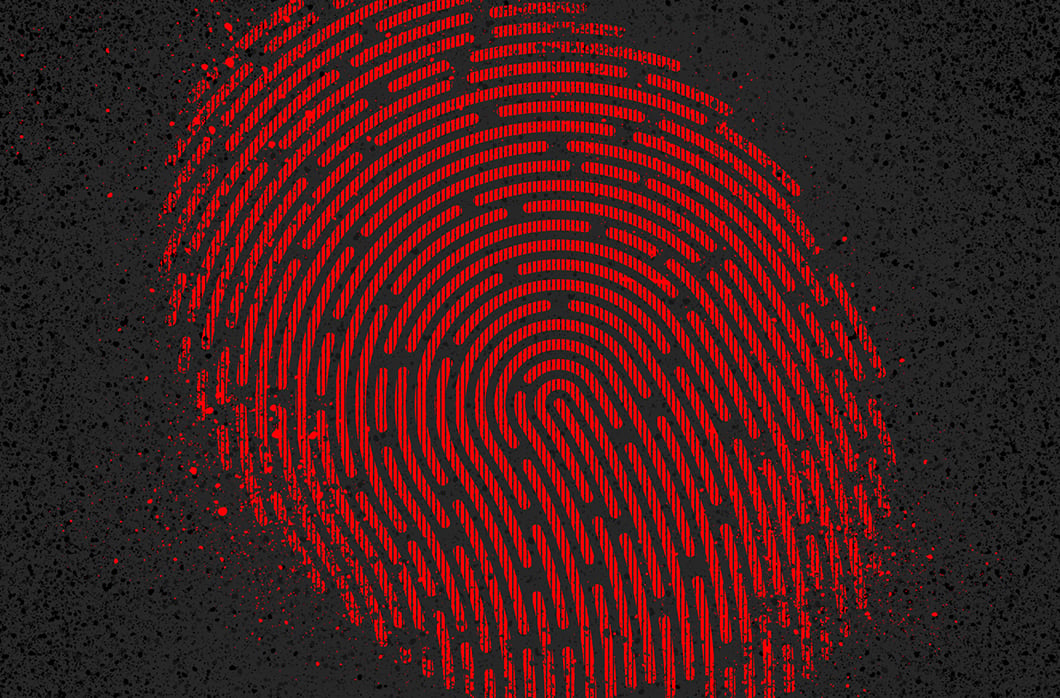 This blog was originally published on March 2, 2018. Protecting privileged accounts and actively responding to any potential compromises has become a critical initiative for many CISOs. Stolen credentials are at the heart of most modern attacks and breaches. Attackers can easily obtain credentials via phishing attacks, brute force, keyloggers, pass-the-hash techniques or using a […]

This blog was originally published on June 11, 2019. As announced in our recent security advisory, Preempt (now CrowdStrike) researchers discovered a critical vulnerability that allows attackers to retrieve the session key for any NTLM authentication and establish a signed session against any server. Any domain environment which does not entirely block NTLM traffic is […]
Categories