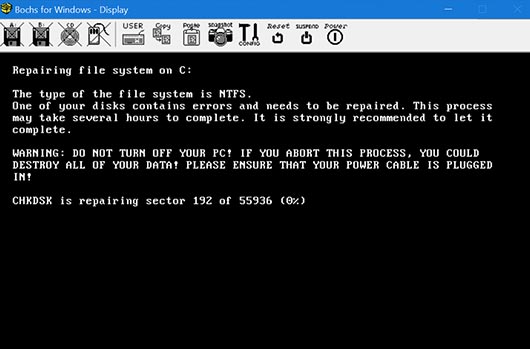 As demonstrated in the previous blog post about decryption of Petya/NotPetya, almost the complete Master File Table (MFT) can be decrypted. In this post, we describe our approach to collect more keystream bytes, which eventually leads to decrypt the complete disk.

MFT records already store the content of a file, if the file is at most 900 bytes in size. This means that the tool decryptPetya.py from our first blog post can already decrypt these files. However, many critical  files stored on disk are larger than 900 bytes. When the file size exceeds 900 bytes, the MFT record points to the respective cluster on the drive. Petya/NotPetya encrypts the first two sectors of the file content, i.e., the first 1,024 bytes.

Figure 1. NotPetya disk layout before and after encryption

While the count per keystream byte is quite high for almost any given MFT record byte, the number is significantly lower for encrypted files. Encrypted files are relatively sparse for three reasons:

Moreover, files are not as uniformly structured as MFT records, and thus, the plaintext of a given file cannot be guessed as easily. Worse, the NotPetya main component already encrypts a list of file types before shutting down the system. This leads to some file types potentially being encrypted a second time by the boot loader code of NotPetya. For more details, see our previous technical analysis.

Additionally, encrypted files are distributed more or less randomly over the keystream. Hence, sometimes only very few sample bytes, if any, are available for keystream recovery analysis. For example, the keystream area between 3MB and 4MB of our test hard drive is very sparsely populated.

The central idea to decrypt systems infected with Petya/NotPetya is to exploit the crypto flaws that were  described in our previous blog, namely:

As with the decryption of the MFT, exploiting these flaws relies on gathering as much potential plaintext as possible. With its help, the keystream can hopefully be rebuilt and consecutively, files of interest can be decrypted. The plan can be drafted as follows: 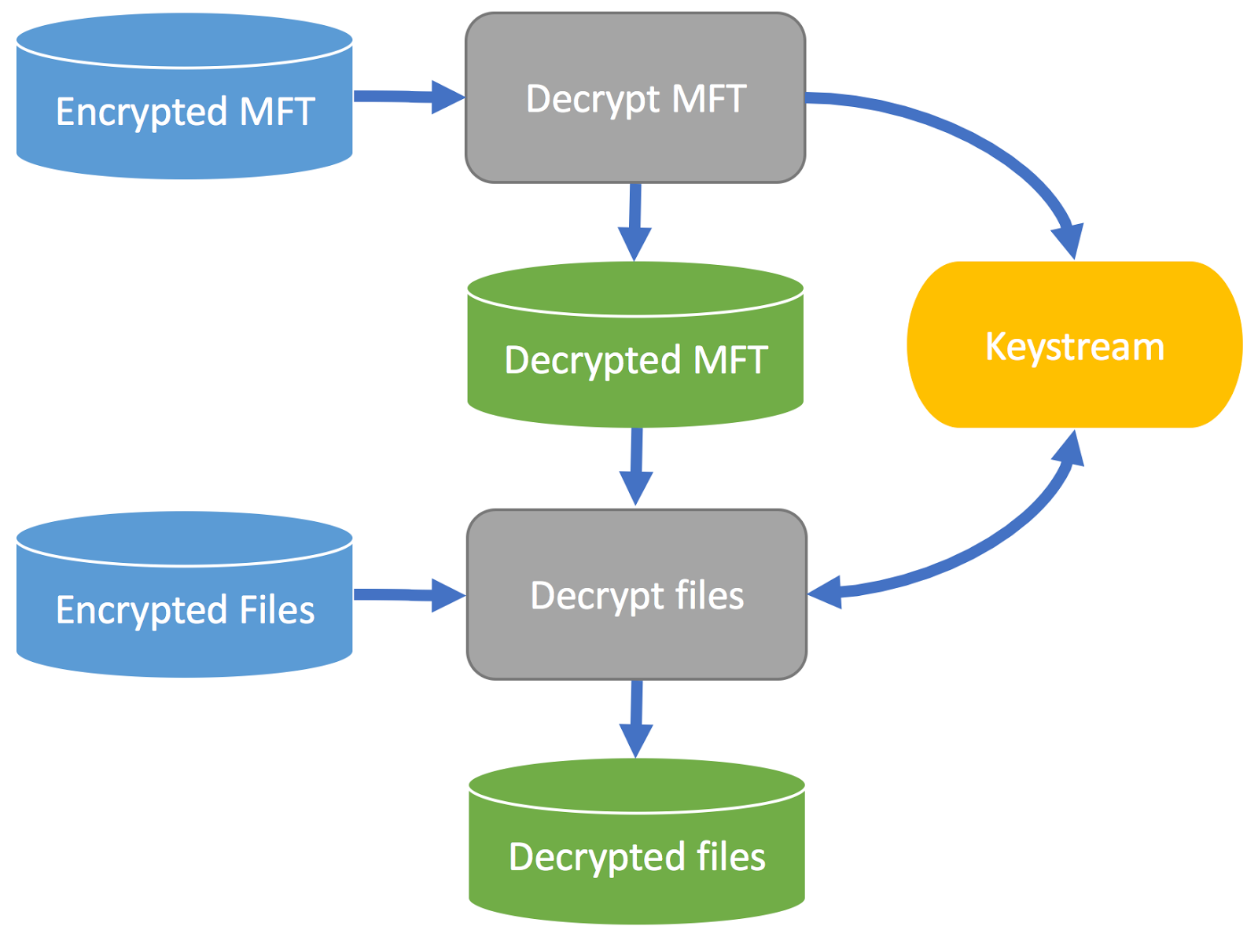 In the following, we describe the approaches in detail.

Some file types have a well-defined structure. For example, Windows registry files have a fixed header structure.

Even when files are unstructured, they still might yield some plaintext bytes. Here, we use the idea that certain file types prefer some bytes over others. For example, many executable formats, such as PE files, contain lots of null bytes, or plaintext files, such as source code, that contain many blanks.

But what about all those well-known files, such as Windows system files? Each MFT record stores, amongst other data, the file name and its size. This metadata can be used to search for the original file. If the file is common enough, chances are high that the file is indexed somewhere. Sources to find these files include:

The idea here is to create a database of known files or search binary databases online. If a file was found, retrieve it and compare it to the carved file from the encrypted disk – sans the first 1,024 bytes. If both files are identical, chances are good that the first kilobyte is equal as well, so the respective keystream can be recovered with high confidence.

Creation of a “Ground Truth”

The crux of all approaches is to have a preferably unbiased ground truth. To that end, we collected 11 different Windows installations ranging from Windows XP to Windows 10, 32 and 64 bits. This resulted in almost 340,000 unique files. On this basis, we calculated the histograms described above and gathered the known files.

We added 1,000 test files, accumulating to 2.3GB, to a Windows XP VM and let NotPetya encrypt the hard drive. We then executed the file recovery and recorded the proportion of the different plaintext recovery methods.

Results in the Real World

As nice as synthetic data is for verifying an approach, the problem remains that it might bear only a remote resemblance to reality. However, we had the opportunity to analyze a couple of hard drives which had been encrypted by NotPetya in the wild. In all but one of these cases, we could recover between 74 percent and 98 percent of the keystream. With it, we could successfully decrypt almost all of the encrypted files. Note that in this case, we could only verify the integrity of the decrypted files by manual inspection, as we had no ground truth.

In one case, the MFT could not be extracted, as the corresponding MFT record had been encrypted by NotPetya, probably due to a programming error. Note that it still is possible to extract the MFT manually, just not automatically using the tools discussed in our previous blog post.

Recovering hard disks encrypted by Petya/NotPetya is a tedious, yet possible task. A combination of three different known plaintext attacks resulted in a file recovery of almost all files on a synthetic test disk. Real-world cases support the efficacy of our approach.

We decided to not release the tool to the general public yet, as  manual interaction is still often necessary. We plan to do so once we have analyzed more encrypted disks and feel confident that the tool can be run without much interaction. If you have been infected with Petya or NotPetya, please contact us. We may be able to help you!

Watch the CrowdCast presentation, “Is Ransomware Morphing Beyond The Ability of Standard Approaches to Stop It?”