This month’s patch update covers 50 vulnerabilities, with 6 of them actively exploited – the highest number we’ve seen so far in 2021. Five of these in-the-wild exploits affect default Windows components, and one is a zero-day targeting MSHTML. All of them should be reviewed and prioritized quickly to protect against an attack.

Also of note: Due to the severity of one of the in-the-wild threats, Microsoft pushed out a cumulative out-of-band update for CVE-2021-33741 on June 4 (right before this month’s Patch Tuesday release). This vulnerability uses the Internet Explorer HTML engine to execute commands on affected systems and could occur within any application using MSHTML to render HTML content. We’ve included this CVE in our vulnerability review this month under “Other Important Vulnerabilities to Consider,” as this update was released last week.

With the multiple active exploits for Windows, extra consideration should be given to expediting patching on these systems.

This month’s Patch Tuesday update includes fixes for 50 vulnerabilities. As with last month, it is unfortunate that Microsoft chose to patch a low quantity of vulnerabilities, considering the high number of active exploits occurring. And again we see remote code execution and elevation of privilege as the top two types of vulnerabilities, which we also saw in May. The charts below show the breakdown of impact types for May and June 2021. 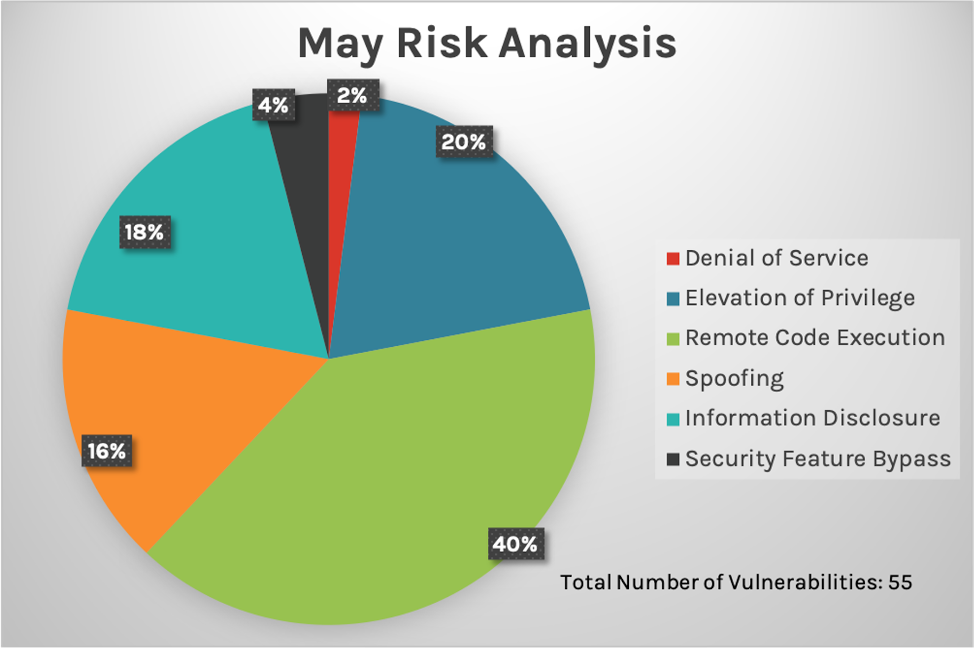 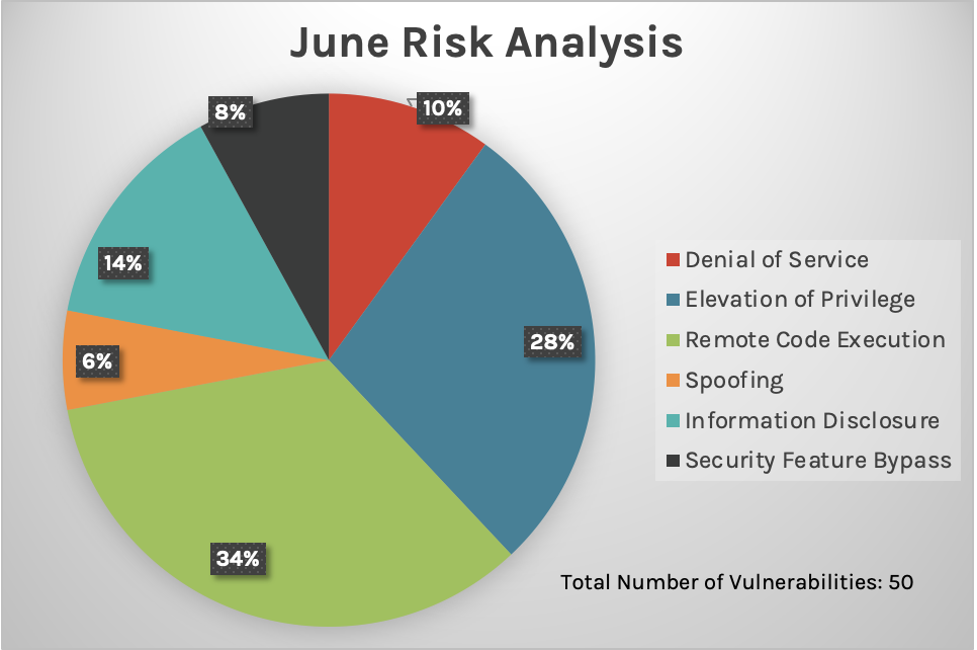 Six Vulnerabilities Exploited in the Wild

Let’s examine in detail the six in-the-wild vulnerabilities being exploited in this Patch Tuesday update.

CVE-2021-33742 is a Critical remote code execution vulnerability in the MSHTML engine, which powers Internet Explorer (IE). Although IE’s retirement has been announced by Microsoft, browsing activity, while low, is still active — hence we’ll likely still see patches for MSHTML. This time, we see updates for all Windows versions: 10, 8.1, 7, Server 2019, 2016, 2012 and 2008. CrowdStrike recommends patching this vulnerability first by installing applicable security updates to your platform.

CVE-2021-33739 is an elevation of privilege vulnerability for Microsoft DWM Core Library dwm.exe and dwmcore.dll. It was found and reported by researchers in the wild. There are indicators of it being a variant of CVE-2021-28310. The community has attributed it to the Bitter APT group (tracked by CrowdStrike as HAZY TIGER), and a security patch for CVE-2021-28310 was released in April Patch Tuesday.

CVE-2021-31199 and CVE-2021-31201 are privilege escalation vulnerabilities that occur in Microsoft Enhanced Cryptographic Provider. These vulnerabilities were caught in the wild and were likely chained together with Adobe Reader CVE-2021-28550 to escape the sandbox. (Enhanced Provider is an essential part of all Windows systems that supports more robust security through longer keys.) Related patches have been rolled out for all Windows versions – 10, 8.1, 7, Server 2019, 2016, 2012, 2008.

Further inspection shows that the range of attack types for this particular collection of CVEs includes a remote code execution, four privilege escalations and an information leak. Fortunately, most attackers wouldn’t be able to gain access to critical systems without an existing footprint in those systems; however, it remains vitally important to prioritize these patches to improve your security posture for hosts containing these Windows systems and applications.

CVE-2021-31963 is a critical remote code execution vulnerability in Microsoft SharePoint Server. This is one of six SharePoint vulnerabilities disclosed this month, continuing the SharePoint activity seen in recent months. The remaining SharePoint vulnerabilities have CVSS scores ranging from 5.7 to 7.6, with impacts including information disclosure, spoofing and remote code execution. It’s important to note that Microsoft released a standalone set of Sharepoint security updates to fix these vulnerabilities. These security updates are not patched by OS updates. Because of this, organizations should consider accelerating Sharepoint updates.

Other Important Vulnerabilities to Consider

The Impact and Importance of Patching

With the broad number of active, exploited vulnerabilities, organizations could be exposed unless they take an active role in patching the hosts containing the above-listed vulnerabilities. Default configuration systems are impacted and variants of the previously disclosed CVEs have been uncovered — this should alert IT staff that these vulnerabilities are not to be taken lightly.

Of course, if immediate patching isn’t possible, take appropriate action to defend your hosts and servers until you can install the proper security updates.

Finally, if you have hosts still using Internet Explorer, take action to sunset the browser completely.