In this Microsoft Patch Tuesday update, we discuss several critical vulnerabilities, including a newly released zero-day targeting Internet Explorer that has already seen active exploitation in the wild, and five others that target the backbone of most organizations: DNS.

Organizations should take particular notice of the new Microsoft Exchange vulnerabilities revealed last week, which were so severe that Microsoft likely felt compelled to once again preempt its regular Patch Tuesday cycle to make them public. Mass exploitation in the wild, involving four remote code execution vulnerabilities used by an alleged state-sponsored adversary, should make patching these flaws a high priority for any affected organization. The risk may be higher for those that rely heavily on Microsoft Defender, which has recently been subject to numerous related critical vulnerabilities. In addition, Microsoft cites numerous AV exclusions that could further impact Exchange Server risk.

Although the security fixes for older and out-of-support versions of Microsoft Exchange Server were released by Microsoft prior to the Patch Tuesday update, we’ll cover some important additional details in this roundup. Let’s get started.

This month’s Patch Tuesday updates include fixes for 82 vulnerabilities. Combined with the seven vulnerabilities patched for Microsoft Exchange Server released earlier this month, we have a total of 89 new CVEs with patch updates offered by Microsoft. 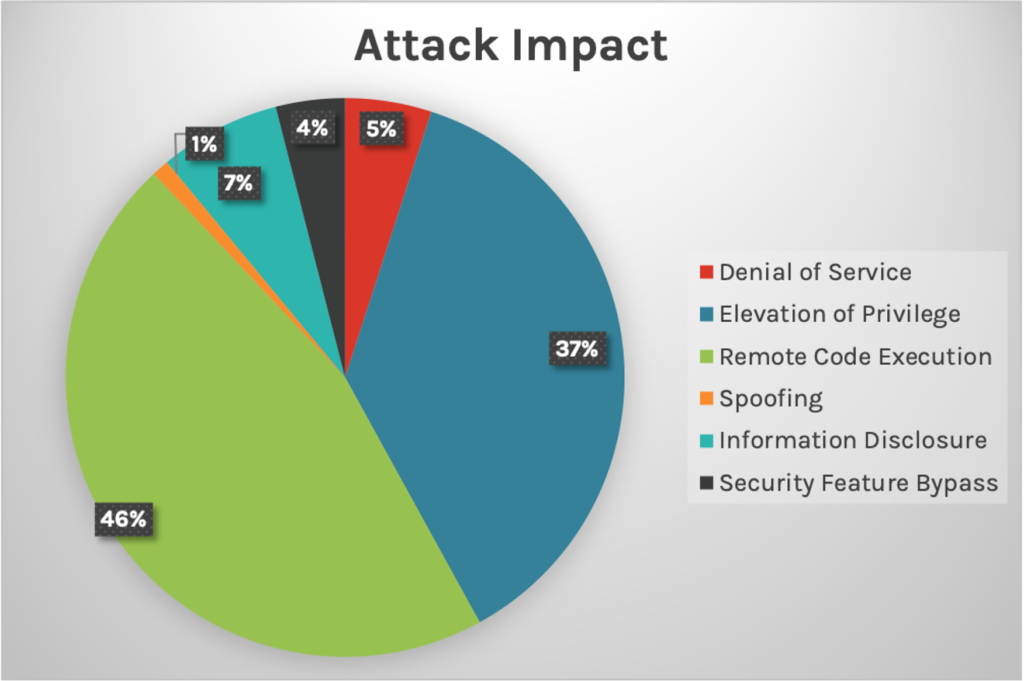 CVE-2021-26411, a critical zero-day memory corruption vulnerability within Internet Explorer, has seen active exploitation in the wild. This vulnerability has a CVSS v3.0 base score of 8.8 out of 10, indicating high severity (for an explanation of CVSS scores, see the end of this blog post). The successful exploitation of this vulnerability would require user interaction after enticing the victim to visit a specially crafted website. Alternatively, the attacker could inject malicious code into a legitimate website. Once exploited, the attacker could gain the same operating system permissions as the user visiting the website. This attack method could be especially dangerous if you’re an admin browsing a website with malicious code — it would provide the attacker with admin-level privileges to files and operating systems.

Another five Windows DNS Server RCE vulnerabilities have been patched this month, including:

These CVEs all have a high CVSS base score of 9.8. Another recent vulnerability that affected the Windows DNS server was known as SIGRED, referenced by CVE-2020-1350 and patched back in July 2020.

Please note that CVE-2021-24078 is only exploitable if the server is configured to be a DNS server.

Other critical vulnerabilities to consider:

A total of seven remote code execution vulnerabilities affecting Microsoft Exchange server — including the four vulnerabilities being exploited actively by an alleged nation-state-sponsored actor — were disclosed before this month’s Microsoft Patch Tuesday update due to their impact and active exploitation. Learn what recommendations the Falcon Complete team offers to help stop a breach occurring from these vulnerabilities.

Microsoft has recently released a guide with updated, temporary mitigation actions for those organizations that cannot fully patch and remediate the reported vulnerabilities. According to the information being shared by the Microsoft Security Response Center (MSRC) team, mitigations apply to Exchange server 2013, 2016, and 2019; however, these temporary measures might not prevent all potential avenues for attackers.

The Microsoft Exchange team has released an out-of-band security update for an older and unsupported version of Microsoft Exchange server. Guidelines were provided along with recommendations for companies using older versions missing appropriate security fixes.

CrowdStrike enables organizations to protect themselves against attacks exploiting vulnerabilities like these.