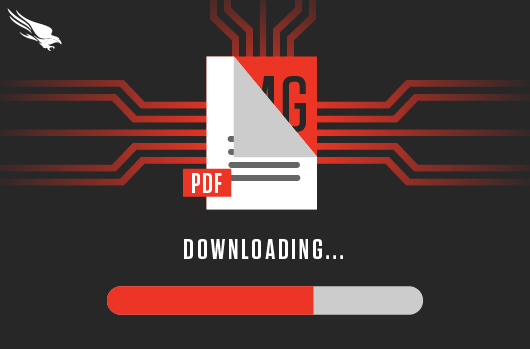 Throughout 2019 and the beginning of 2020, the CrowdStrike® Falcon CompleteTM team continuously observed a spike in the delivery of weaponized disk image files. Files such as ISO and IMG were sent to infect systems with the goal of delivering remote access trojans (RATs) as well as a few other malware variants. We’ve identified that these files are typically delivered via phishing campaigns as an attachment or link — a malicious URL in the body of the email or within crack software downloads.

Cyber criminals have been taking advantage of built-in Windows capabilities to mount disk image files once they are opened by the end user. There are multiple disk image file formats, but we have seen ISO and IMG files being abused the most. A disk image is essentially a virtual copy of a physical disk that houses all of the files and requires that it be mounted in order to access its contents. The advantages of using disk images, combined with the easy access to purchasing RATs, make this a preferred and effective method for cybercriminals.

In this blog, I dissect a campaign that uses this method to compromise a system, providing insight into what the CrowdStrike FalconComplete team has observed since 2019. I will also provide step-by-step remediation along with recommendations for how to implement this approach in your network.

The chain starts with a simple email containing a disk image file (.IMG) to socially engineer the victim into viewing the contents. The message seems to be coming from a worldwide package delivery company. 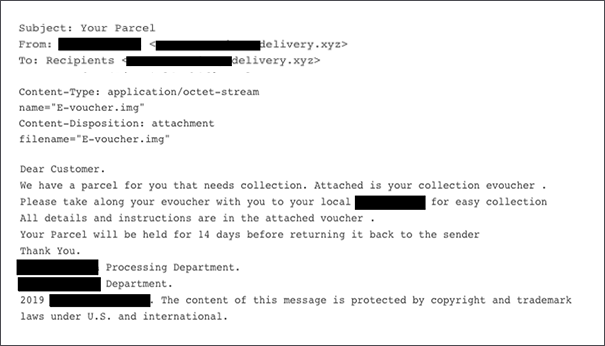 Figure 1. Phishing contents sample. The delivery company did not send this email.

The attachment in this sample is only 2MB, which raises a flag immediately as disk images are typically larger in size. 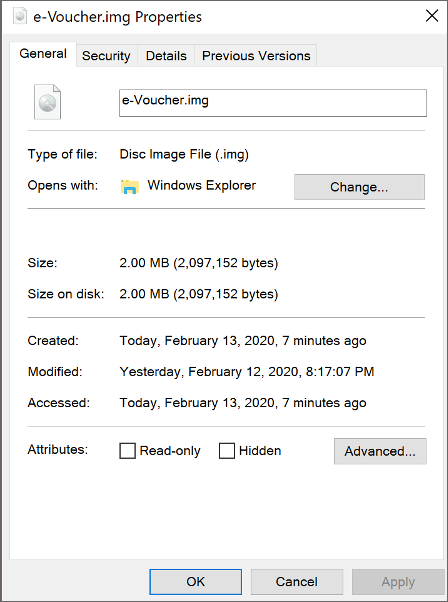 Double-clicking on the file allows Windows 8 and Windows 10 to mount the IMG file natively to the next available drive. This sample uses a PDF icon as a disguise.

Exeinfo PE identified the binary as a compiled AutoIT script version 3. AutoIT is a scripting language used to automate Windows GUI tasks. Cybercriminals would first compile these scripts into an executable using the Aut2Exe compiler and further convert it into a disk image file to then distribute it widely in campaigns.

The AutoIT script is obfuscated, and it is used as a dropper to eventually load the NanoCore RAT on the intended system. 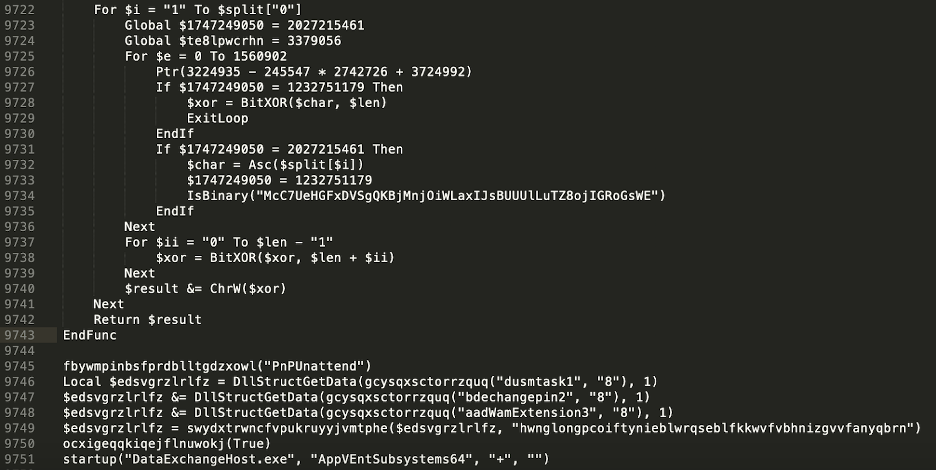 Beginning on line 9746 in Figure 6, we can see the following three resources:

The script merges these three resources and passes the key “hwnglongpcoiftynieblwrqseblfkkwvfvbhnizgvvfanyqbrn” as the second parameter to the function swydxtrwncfvpukruyyjvmtphe(). To decrypt, it creates a hash using CryptCreateHash with this key. Consequently, it then uses the function CryptDeriveKey and creates a separate key from the results of CryptCreateHash. Finally, CryptDecrypt is used to decrypt the resource. 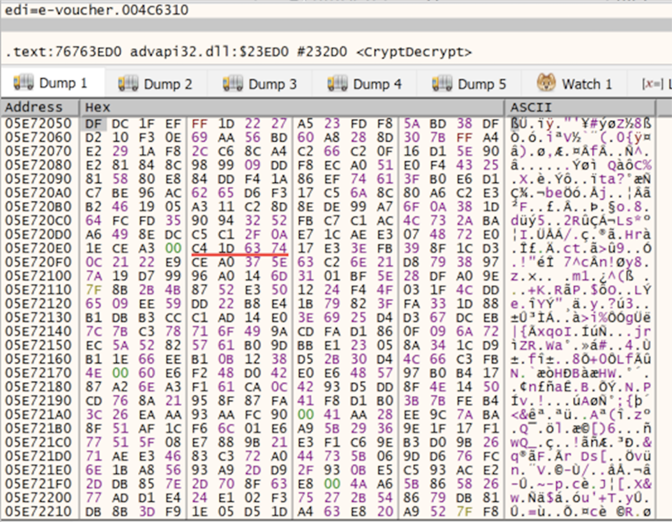 Figure 7. Encrypted stream prior to CryptDecrypt 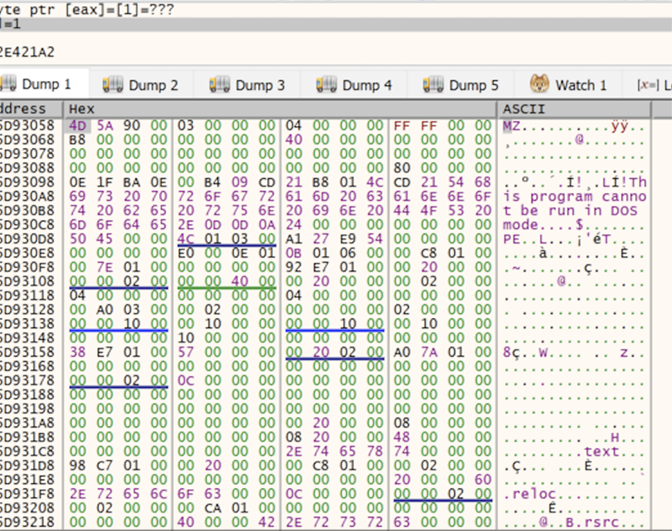 Once the contents are decrypted, it will then use the CreateProcessW function to spawn the legitimate process RegAsm.exe in a suspended state using the process creation flag 0x00000004 (CREATE_SUSPENDED)

Shortly after, it proceeds to allocate memory space for the malicious payload that was decrypted earlier. This memory region is created with memory protection of 0x40 (PAGE_EXECUTE_READWRITE)

Last, the WriteProcessMemory call is seen to finally write the contents into this newly created memory region.

Inspecting RegAsm.exe using ProcessHacker shows the memory region 0x400000 that was created earlier filled with the payload. The sample is using a well-known technique to hollow out RegAsm.exe and inject its payload. 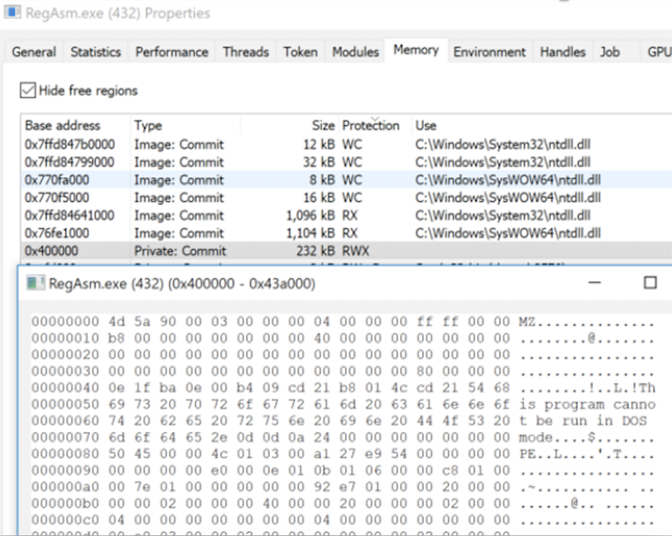 After dumping the malicious code out of memory, we can confirm that it is a .NET built binary packed with Eazfuscator.

Running de4dot against this copy is able to deobfuscate to see readable strings. 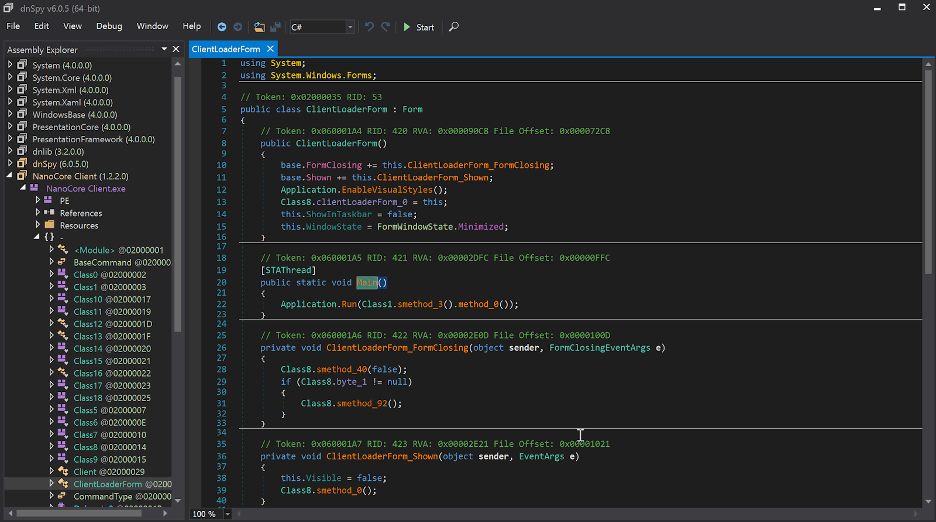 In addition, it creates persistence by using a URL shortcut in the StartUp folder that points to the copy of NanoCore RAT to survive reboot. A malicious VBS script named AppVEntSubsystems64.vbs is also dropped in the same directory where DataExchangeHost.exe resides.

The Falcon Complete Team has seen variations of the script above being obfuscated with the same ultimate goal such as in Figure 16. 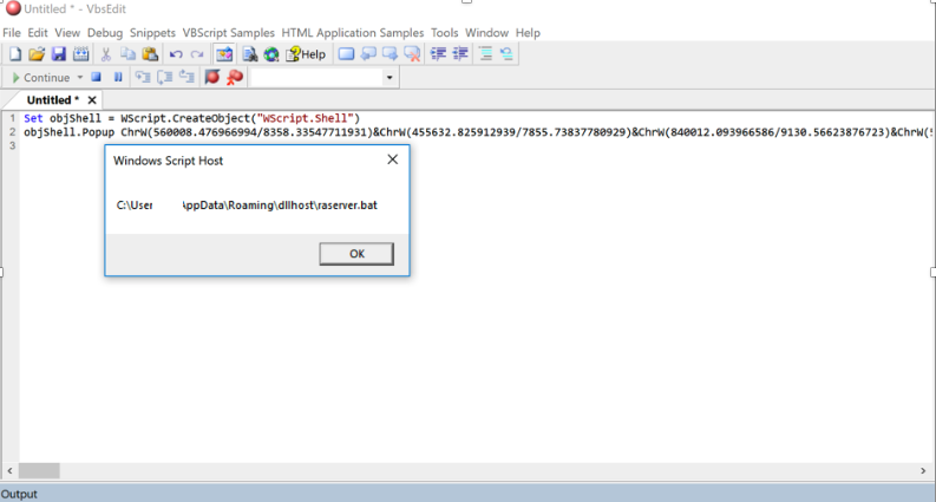 A copy of RegAsm.exe is dropped onto disk and is added to the Run key to boot on user logon, as seen in Falcon’s Process Tree viewer. Falcon also logs the network connection used as the C2 in this sample, as seen in Figure 17.

The functionality of NanoCore RAT has been covered heavily, so this blog will not focus on it. Figure 18 shows the same detection in Falcon’s UI but this time being prevented after running the same sample with the detection and prevention settings set to “Aggressive.”

The remediation can be summarized in the following steps:

In order to identify, confirm and remove the IMG file that was mounted, we first use the class Win32_CDROMDrive from WMI in Figure 19 to provide us with information on what is currently mounted, along with the drive letter and the volume name.

Now that we’ve identified what’s mounted, we are using the PowerShell Get-DiskImage cmdlet to get the objects associated with the IMG file which will indicate where this file resides on disk.

Use the image path obtained from the output received on the previous command to unmount this virtual disk. If the process is actively running, terminate it first. Also, you first need to unmount this disk or else you will not be able to remove it.

Next, we remove the registry entry that was created at infection by using the PowerShell command in Figure 23.

Last, we remove all remaining directories and files that were discovered during timeline analysis of the system.

This completes the remediation steps we execute to tackle such variants when discovered. Note that in this scenario, we’ve purposely turned off the prevention policy while leaving the detection policy turned on for illustrative purposes.

Within the scope of our service, we’ve been able to observe Warzone, NanoCore and Agent Tesla RATs to be the most preferred by cybercriminals among others as seen in Figure 27. 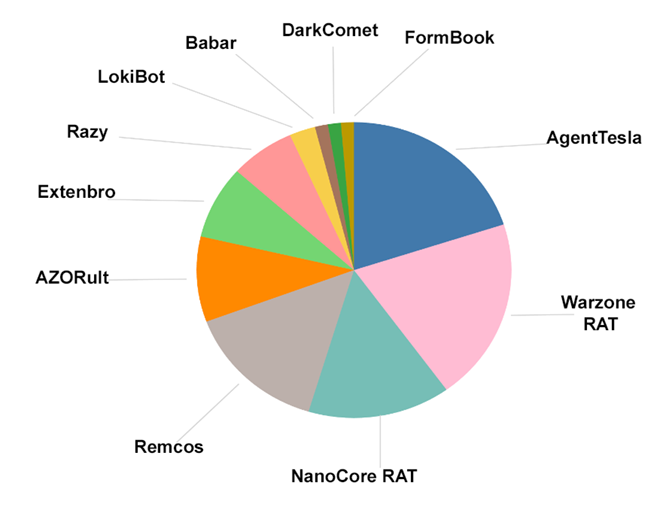 The entry vector for these have primarily been phishing emails, where users download Torrent/Crack software onto their machines disguised as movies, games or music but that actually contains infected USB media. 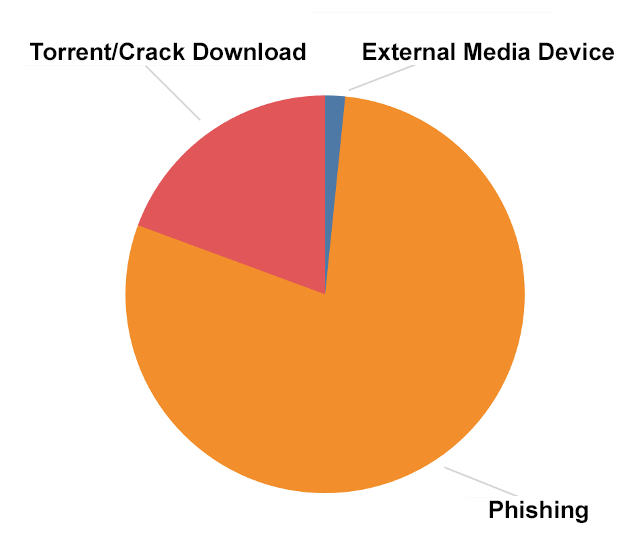 In regard to verticals, we’ve noticed these campaigns are widely spread across multiple verticals, with the hospitality sector being the most affected. 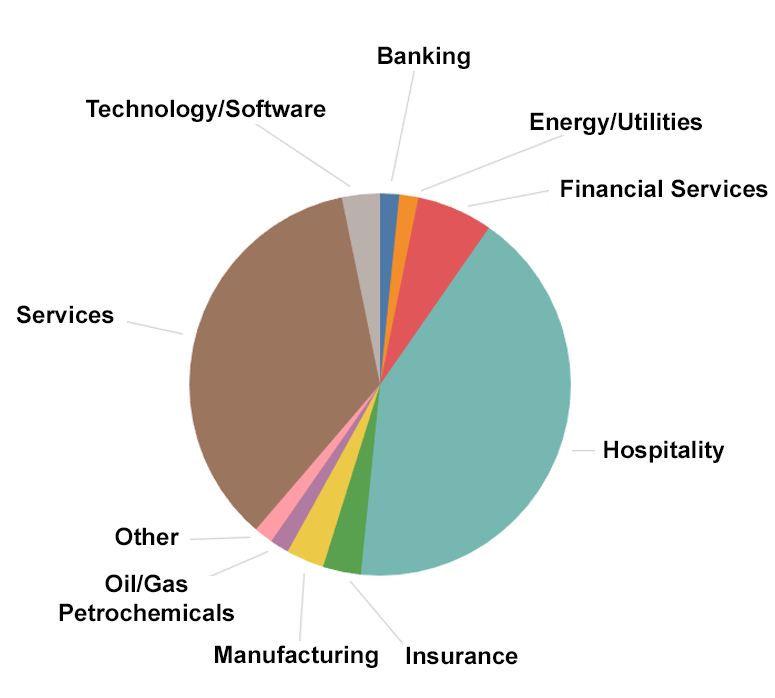 We’ve seen a shift toward cybercriminals using AutoIt and disk images to further achieve their objectives through various mass phishing campaigns. We believe this shift is primarily to evade detection from legacy AV software and bypass the email gateway, as most are not inspecting or blocking these file types, and no software is required to mount these disk images as Windows is able to natively mount them. We predict that in 2020, we will continue to see this trend as RATs become increasingly accessible to cybercriminals.