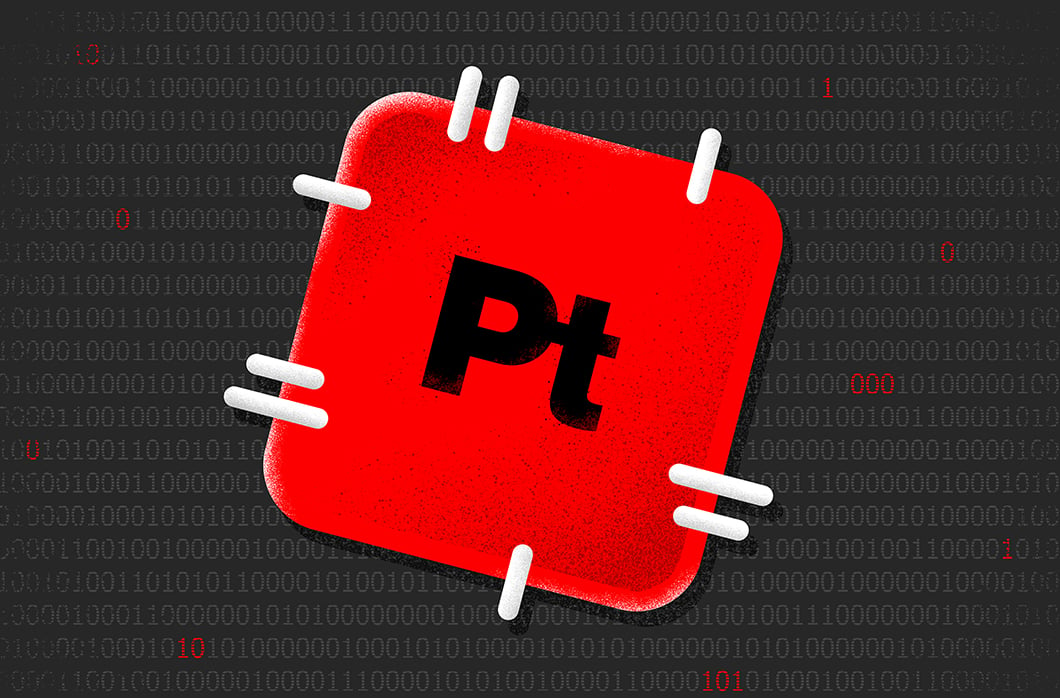 As the year draws to a close, the active exploitation of Microsoft vulnerabilities continues unabated. Once again, a broad range of Microsoft products are included in this month’s Patch Tuesday update as the aging Microsoft ship is springing security leaks everywhere.

Two vulnerabilities, CVE-2021-42292 and CVE-2021-42321, have seen in-the-wild exploitation, and four other vulnerabilities were publicly disclosed before Microsoft issued updates, giving threat actors the opportunity to take advantage of them before patches were released.

Given the sheer volume of vulnerabilities in Microsoft products, organizations need to prioritize which vulnerabilities to patch first so they can allocate resources. Severity ratings and scores, while an important indicator of a vulnerability’s impact, are not the only measure that SecOps staff should consider in this process. The context and threat intelligence surrounding a particular CVE may indicate a more pressing need to prioritize and mitigate one vulnerability over another. Regular patching cycles and prompt updating are of critical importance for maintaining a strong and defensible security posture.

For assistance on how to determine which vulnerabilities truly affect your organization, see Falcon Spotlight’s ExPRT.AI dynamic model and intelligent rating.

November 2021 Patch Tuesday covers fixes for 55 vulnerabilities, with the most common attack types again being remote code execution and elevation of privilege. Microsoft has offered patches for multiple zero-day vulnerabilities surrounding Microsoft Exchange products this year (see March’s Patch Tuesday release), CVE-2021-42321 is a Remote Code Execution vulnerability but requires some authentication and hence won’t see that wide active exploitation. CVE-2021-42292, however, impacts Microsoft Excel products, a widely used application for many organizations — and since this method of attack (security feature bypass) has seen success, this CVE is another one to prioritize in your organization’s patching process.

As with previous months, Windows is a common product to receive patches, and this month includes Extended Security Updates (ESU) and Azure. 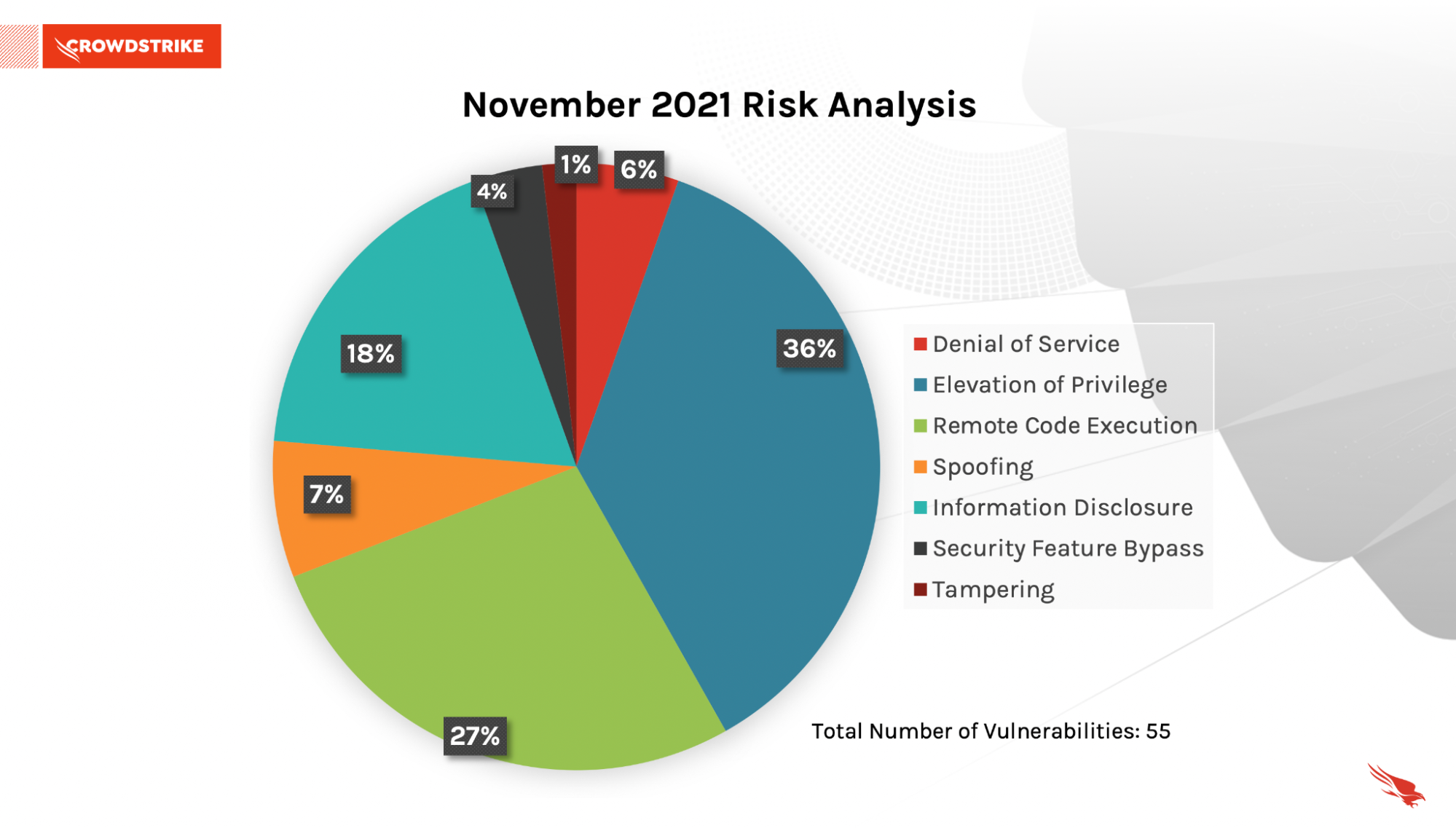 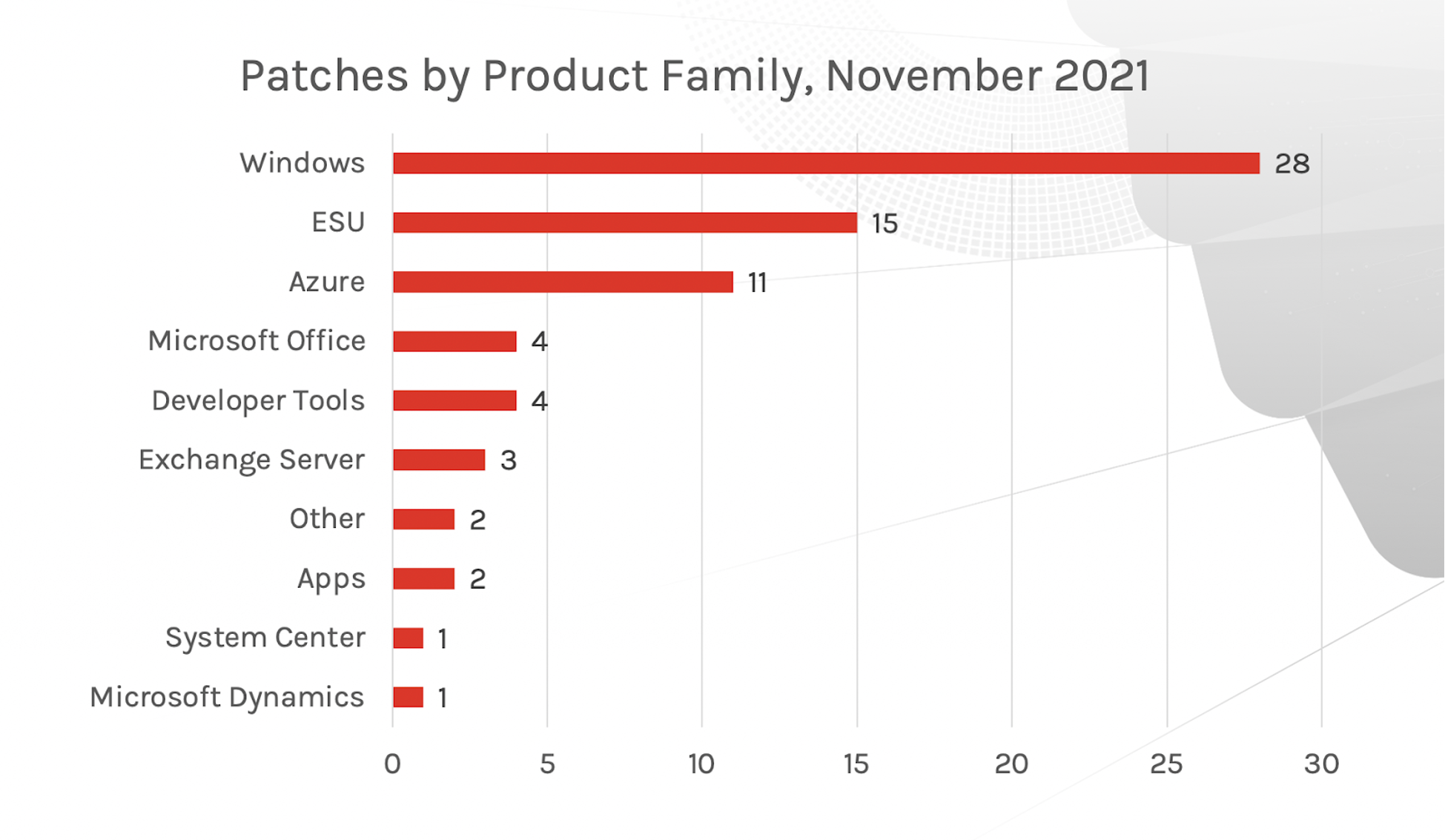 The two zero-day vulnerabilities reported by Microsoft as being exploited in the wild, one affecting Exchange Server and the other impacting Excel, are common access points for attackers to infiltrate an organization.

CVE-2021-42321 is a post-authentication remote code execution vulnerability affecting on-premises Microsoft Exchange Server Exchange 2016 and 2019, including those used by customers in Exchange Hybrid mode. Microsoft has a CVSS of 8.8 for this vulnerability. This vulnerability was successfully exploited during the Tianfu Cup 2021 hacker contest (the Chinese version of Pwn2Own).

CVE-2021-42292 is an actively exploited Microsoft Excel vulnerability utilizing security feature bypass. Adversaries are able to install malicious code by tricking users into opening a “booby-trapped” Excel file. Updates are available for Windows, but as of this writing, an update has not been released for the Mac version.

Four of the vulnerabilities patched by Microsoft this month were publicly disclosed before Microsoft released security updates. Two affect 3D Viewer and can be exploited to gain remote code execution. The other two are related to Windows Remote Desktop Protocol (RDP) which can lead to information disclosures.

CVE-2021-43208 and CVE-2021-43209 is a 3D Viewer Remote Code Execution vulnerability. These vulnerabilities are publicly disclosed — ZDI published details in June and July 2021. Patches were rolled out from Microsoft Store and customers don’t need to install any KB.

Other Critical Vulnerabilities to Prioritize

CVE-2021-42279, Chakra Scripting Engine Memory Corruption vulnerability, has been given a base score of 4.2 by Microsoft, but it is ranked Critical. It affects almost all versions of Windows 10 and allows an attacker to remotely execute malicious code on the affected system.

CVE-2021-42298, a Microsoft Defender Remote Code Execution vulnerability, can lead to  malicious remote code execution. Windows Defender uses the Microsoft Malware Protection Engine (mpengine.dll), which provides scanning, detection and cleaning capabilities for Microsoft antivirus and antispyware software. The patch for this vulnerability is automatically downloaded and installed only if the host is set for automatic updating.

A wide range of vulnerabilities are being patched by Microsoft this month, from operating system patches and known protocols such as RDP to actively exploited vulnerabilities in Microsoft Exchange and Microsoft Excel — and any of these could greatly impact an organization’s security posture.