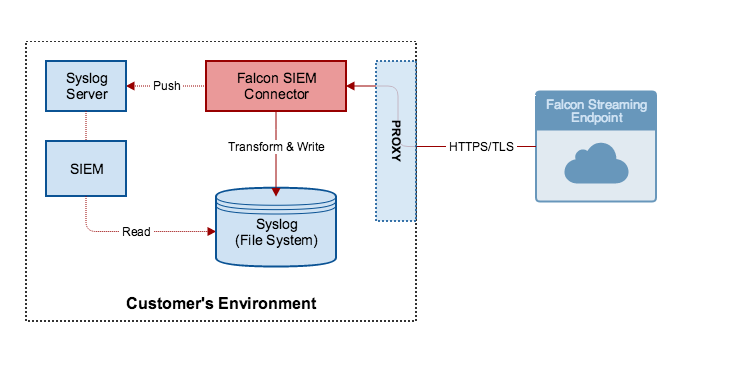 Before using the Falcon SIEM Connector, you’ll want to first define the API client and set its scope. Refer to this guide to getting access to the CrowdStrike API for setting up a new API client key. For the new API client, make sure the scope includes read access for Event streams. 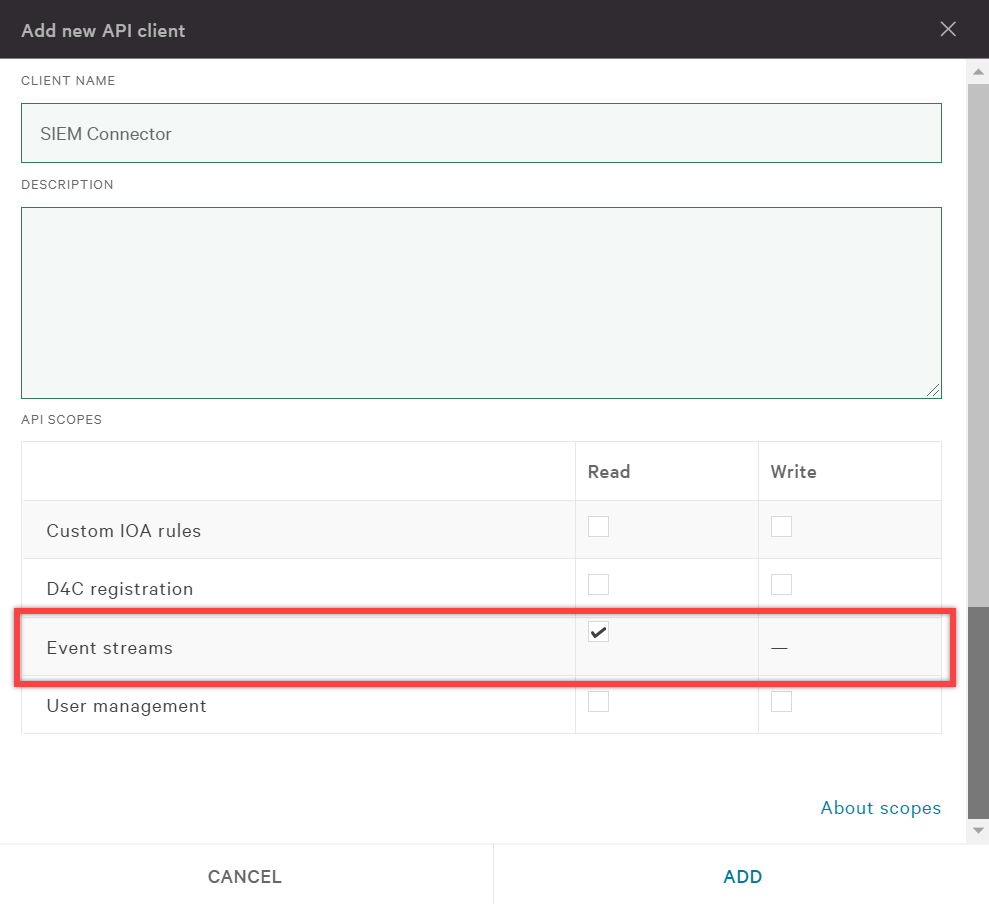 The resource requirements (CPU/Memory/Hard drive) are minimal and the system can be a VM.

To get started, you need to download the rpm install packages for the SIEM Connector from the CrowdStrike Falcon UI.

Open a terminal and run the installation command where <installer package> is the installer that you had downloaded :

The last step before starting the SIEM Connector is to pick a configuration. There are a couple of decisions to make. The SIEM connector can:

Here is a flow diagram of how to pick the right configuration file:

To get you started, we’ll use the default output to a JSON file and only change the Client ID and Client Secret. Since we’re just going to be testing with a single SIEM Connector, the app_id can stay as the default.

Open the SIEM Connector config file with sudo and your favorite editor and change the client_id and client_secret options: 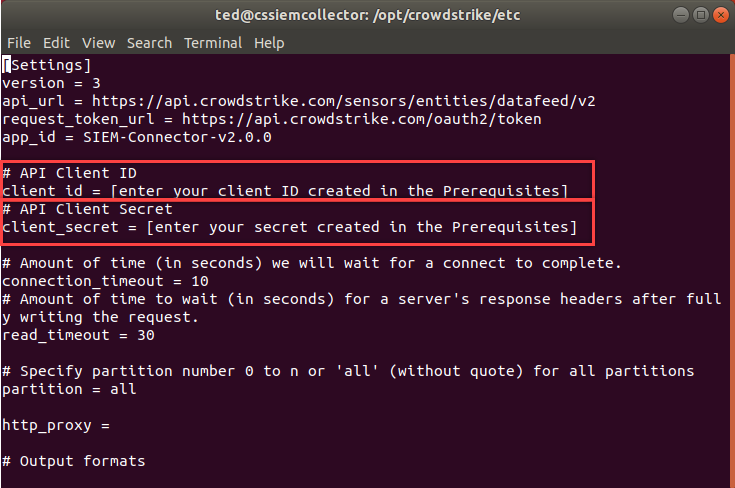 Once you save the configuration file you can start the SIEM connector service with one of the following commands:

To verify that your setup was correct and your connectivity has been established, you can check the log file with the following command:

You should see a Heartbeat. If you see an error message that mentions the access token, double check your Crowdstrike API Client ID and Secret. 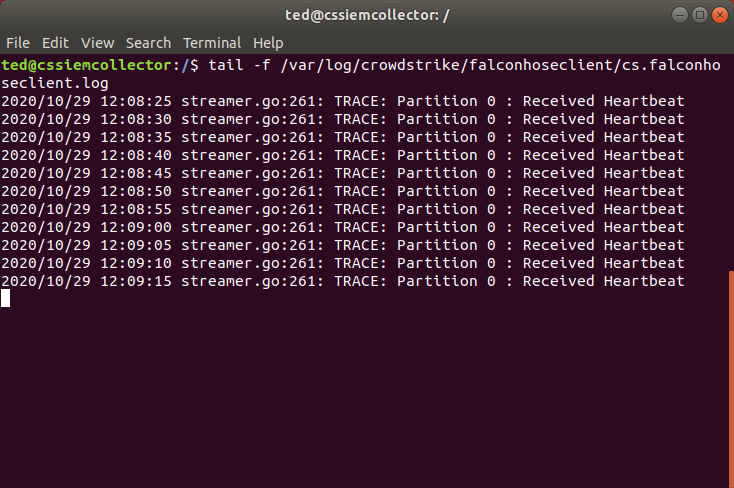 The process above shows how to get started with the CrowdStrike Falcon SIEM Connector. There are many more options for this connector (using a proxy to reach the streaming API, custom log formats and syslog configurations, etc.) that can be found in the “SIEM Connector Feature Guide” as part of the Documentation package in the Falcon UI.