Shifting Left with the CrowdStrike and AWS CI/CD Pipeline

At CrowdStrike, we focus on integrating security into the CI/CD pipeline. As part of the functionality of CrowdStrike’s Falcon Cloud Workload Protection (CWP), customers have the ability to create verified image policies to ensure that only approved images are allowed to progress through the CI/CD pipeline and run in their hosts or Kubernetes clusters.

Let’s take a look at the steps involved in setting up the environment.

Step 1. Developer commits the code to the repository.
Step 2. The CodeCommit repo has the code to 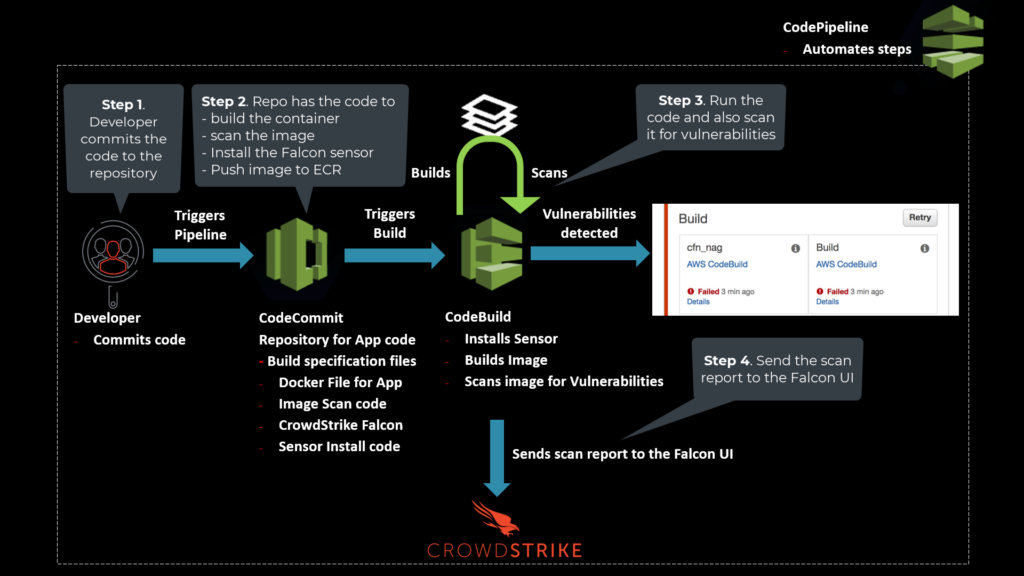 Step 5. If there are no vulnerabilities, CodeBuild publishes the image to ECR for deployment in production. 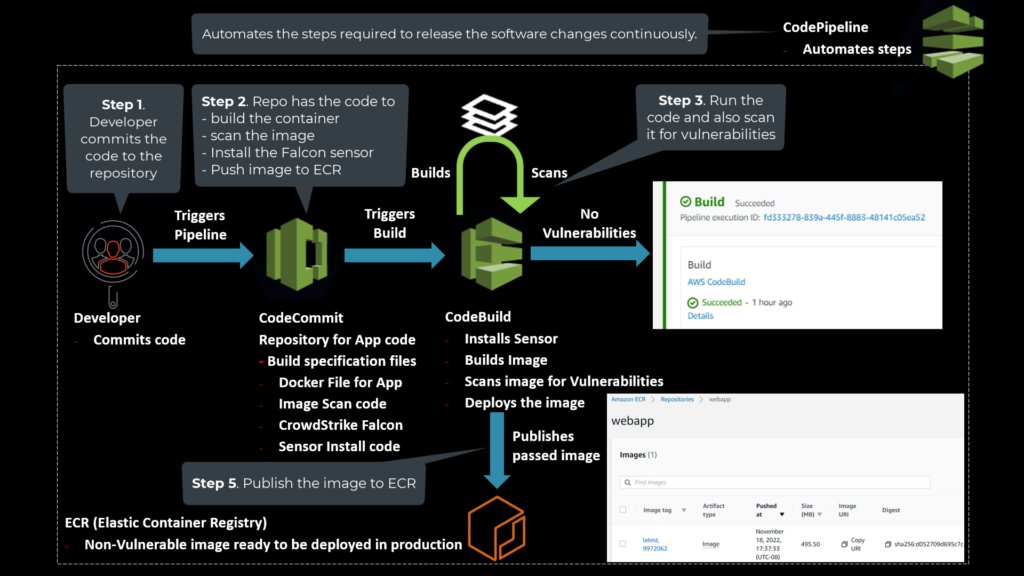 The role of CodePipeline in all of this is to automate the steps required to release the software changes continuously.

All the code is stored in the CodeCommit “webapp” Repository. The webapp repo has a collection of folders and buildspec files. Buildspec stands for Build Specification. A buildspec is a collection of build commands and related settings, in YAML format, that CodeBuild uses to run a build. The Full Project is available on the CrowdStrike GitHub. 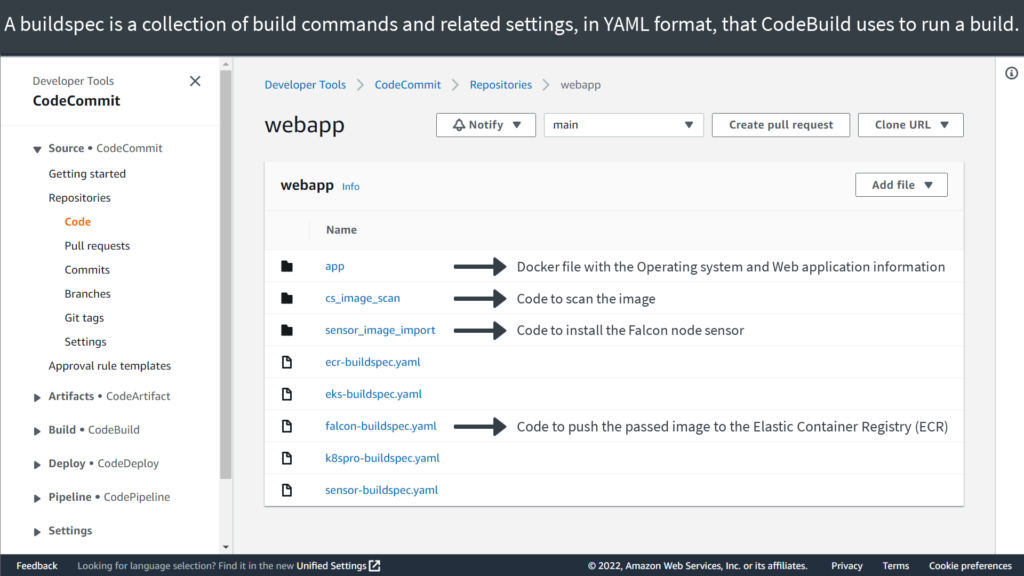 CodeBuild compiles the code and scans for vulnerabilities

The webapp build failed as the code had vulnerabilities 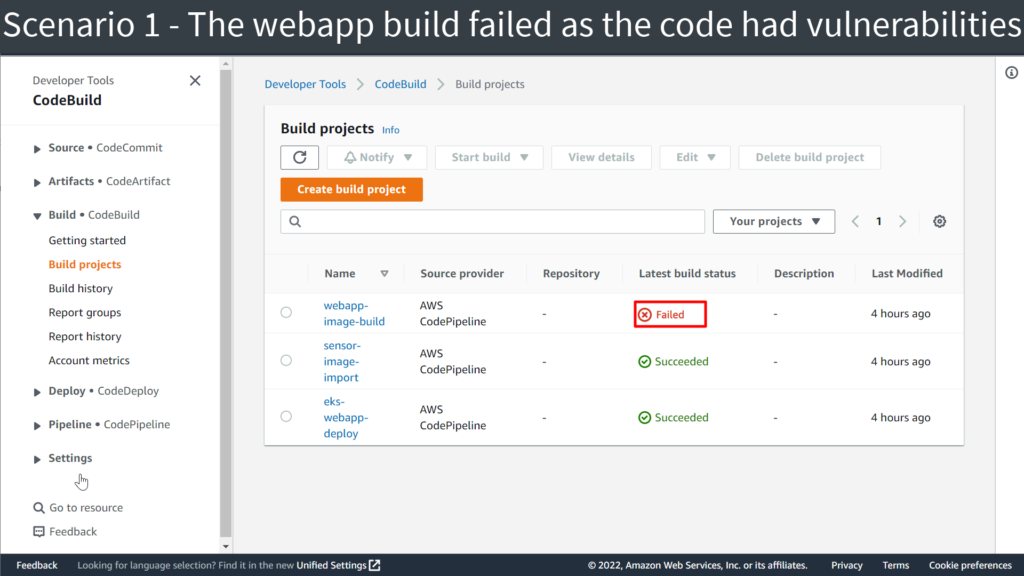 Falcon UI shows the vulnerabilities found in the image. You can access this by going to Cloud Security > Kubernetes & Containers > Image Assessment > Vulnerabilities. 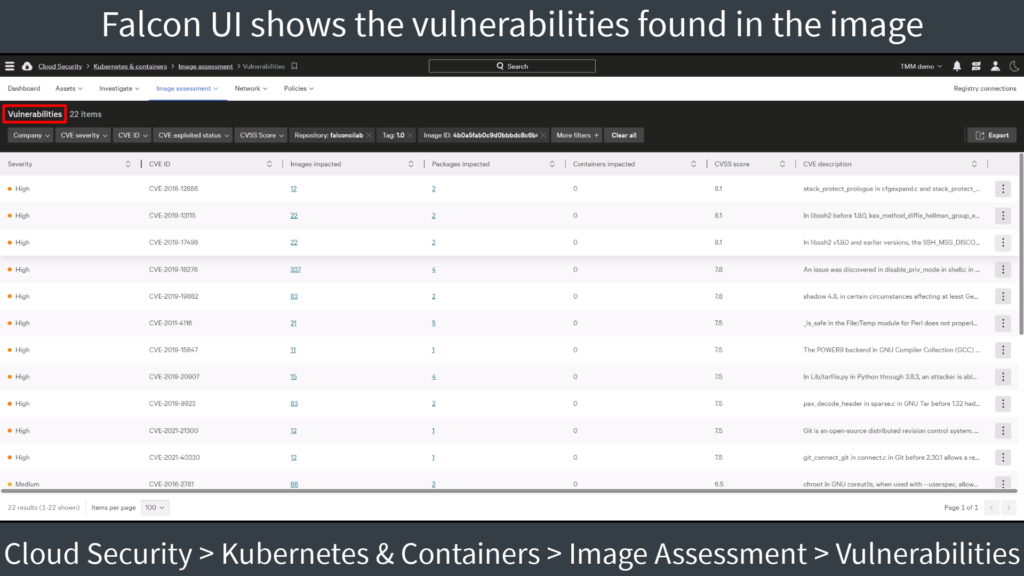 The webapp build passed as the code had no vulnerabilities. 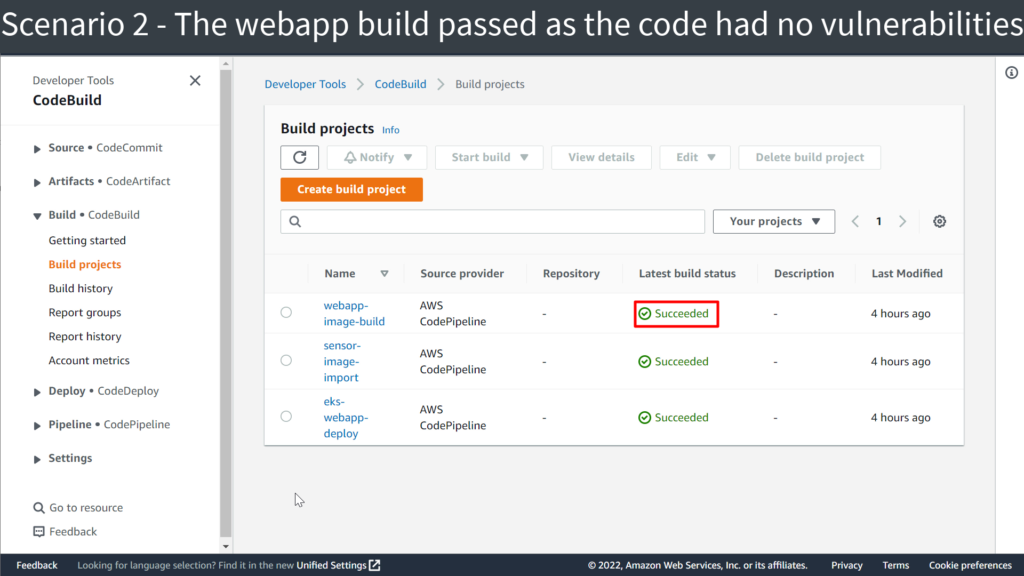 If we open the Webapp project, we can see that the source provider is CodePipeline. 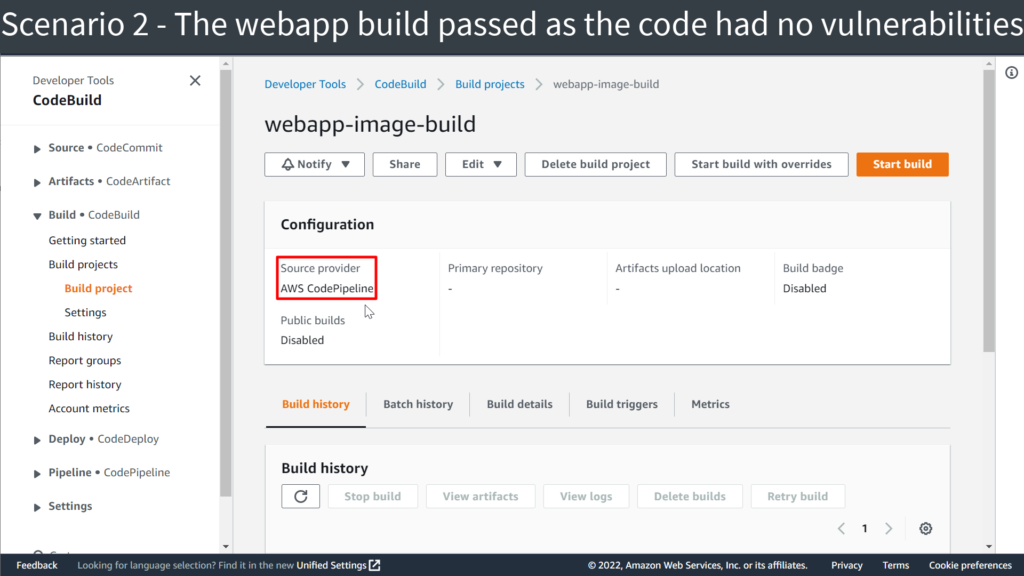 If we go into the Build Run, we can see that CodePipeline is the initiator. 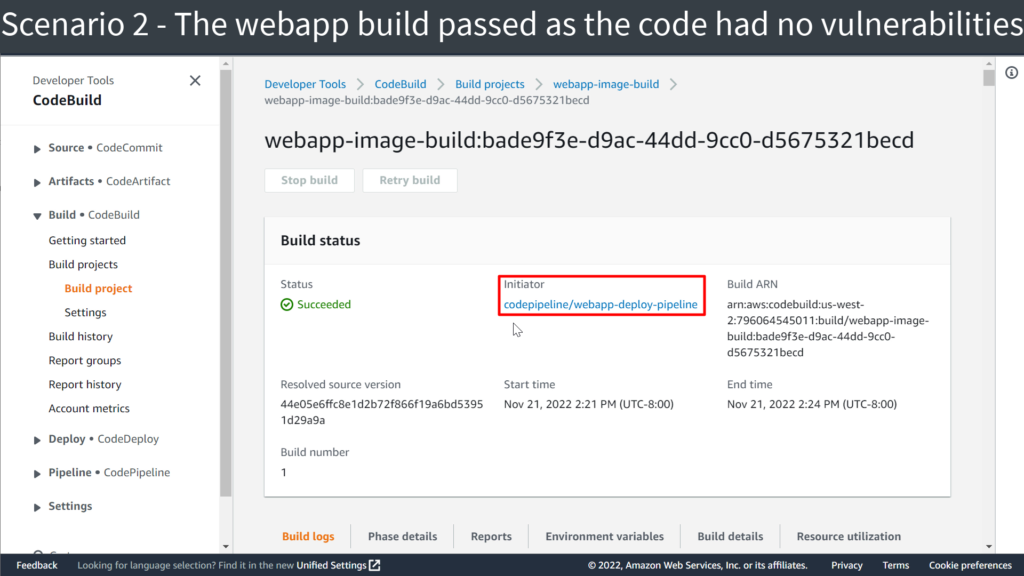 Then we go to CodePipeline and we can see the Webapp pipeline. 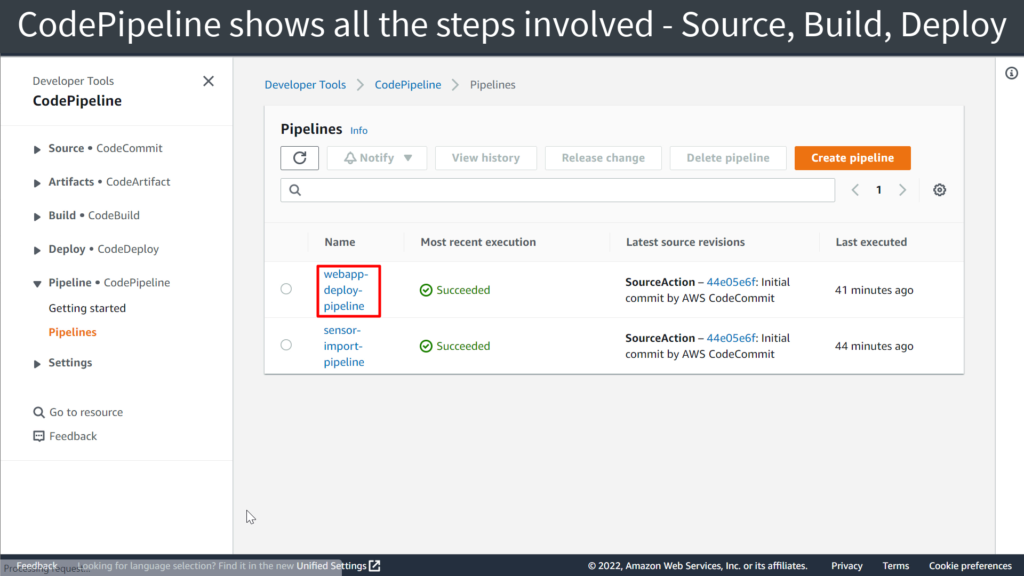 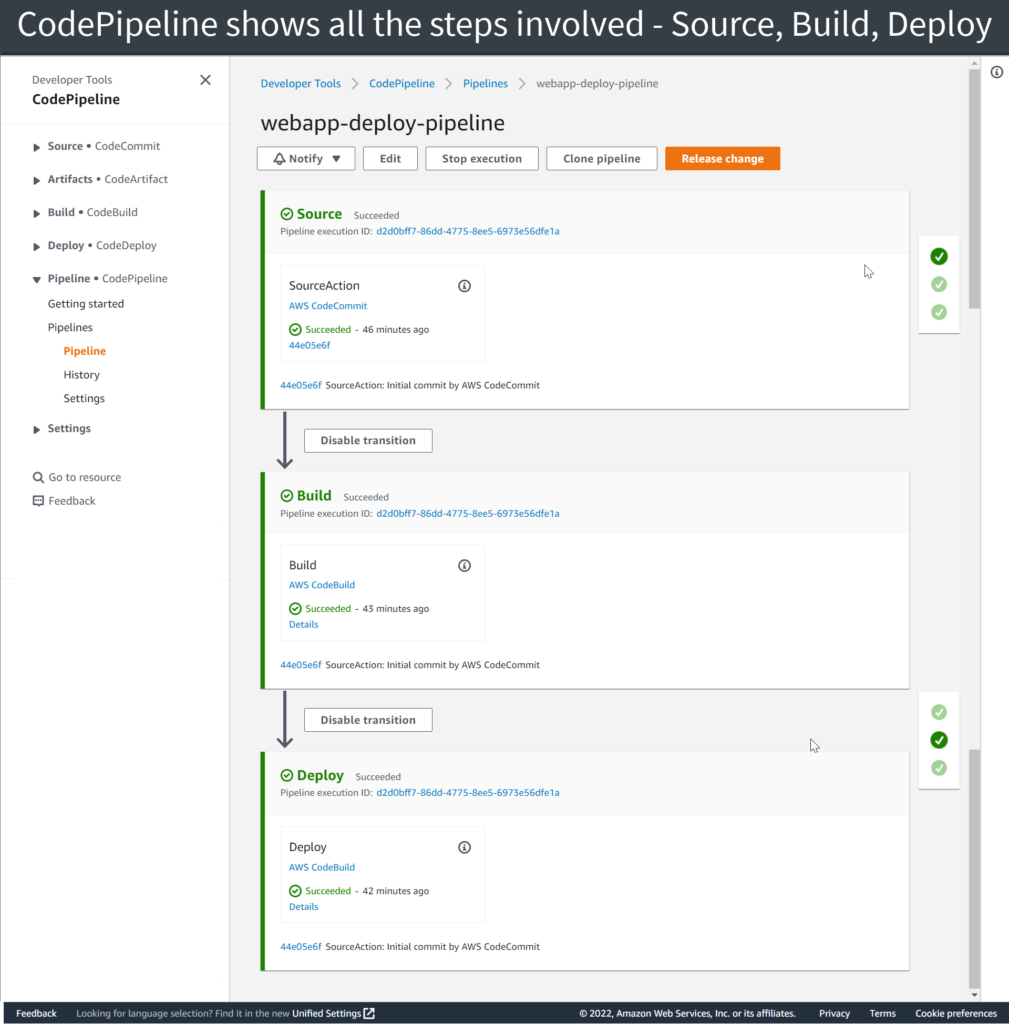 The passed image is published to ECR for deployment in production 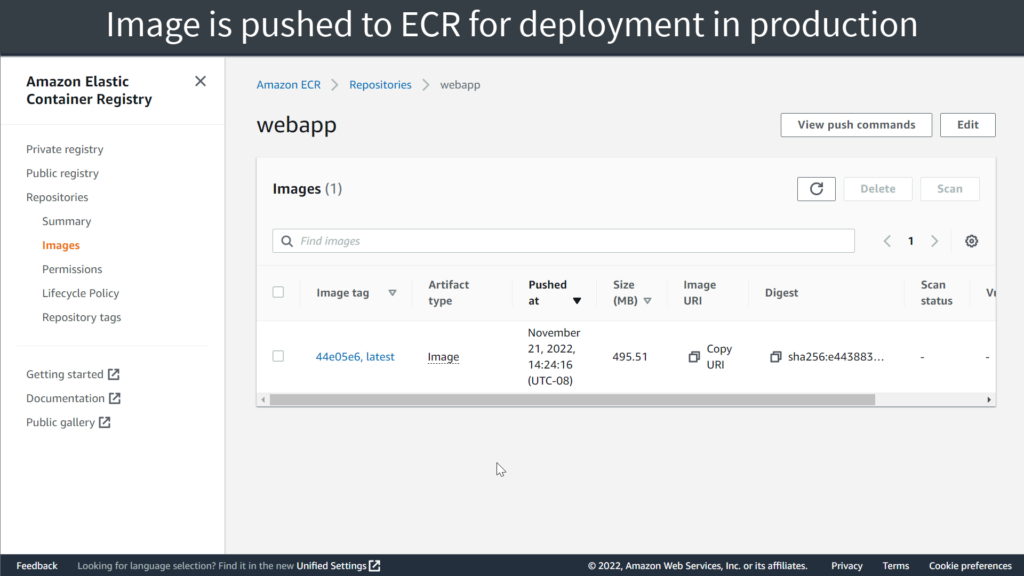 The tighter the integration between security and the pipeline, the earlier threats can be identified, and the more the speed of delivery can be accelerated. By seamlessly integrating with the AWS CI/CD pipeline, Falcon CWP allows DevOps teams to respond and remediate incidents even faster within the toolsets they use.