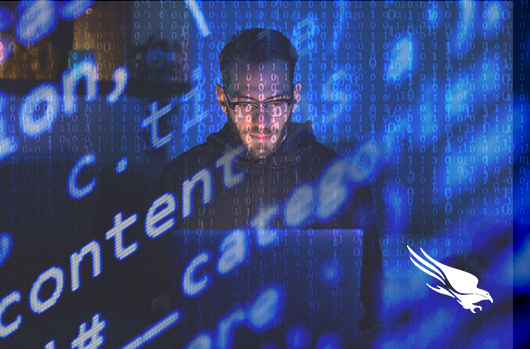 This article originally appeared on GCN.com and is published here with their permission.

Threats from cybercriminals pose relentless challenges for government leaders. Adversaries are getting more sophisticated and persistent even as government officials and security experts have advocated for improved cyber defenses for years. It is encouraging to see the adoption of more innovative practices and solutions in the government sector on par with commercial best practices.

Today, high-performing agencies know that speed is critical to maintain an advantage over the adversary. However, to be faster, they must understand how to uncover the stealthiest attackers, the one percent of threats that evade even the most advanced threat-detection technologies.

For federal leaders to get a better grasp on the security of their networks, they need to get away from the traditional box-checking mentality of meeting compliance requirements. This way of thinking is hurting agencies, putting them — and the nation — at a disadvantage.

They must embrace threat hunting, which means proactively searching for “unknown unknowns” — new attack behaviors that aren’t exposed by current automated methods of prevention and detection. It means searching for “hands-on-keyboard activity” driven by humans, and it requires comprehensive understanding of the threat landscape.

To get to this level of awareness, agency network operators must start with a reliable source of intelligence and modern tools that allow them to be more proactive. In this case, that means a team of threat hunters who can leverage cyber threat intelligence to uncover more about the adversaries — who they are, their motivations — and who knows how to find and follow the breadcrumbs. Having the latest information on incentives and tradecraft arms threat hunters with the ability to cross-reference organizational data with external trends and stay ahead of highly resourceful adversaries.

In the private sector, managed threat hunting is considered essential for effective cybersecurity. It incorporates real-time intelligence, enables proactive response and reduces dwell time for adversaries, while enabling strategists to produce effective and tailored remediation as soon as intelligence reveals a vulnerability.

Government agencies operate in a more challenging environment due to the outdated, legacy infrastructure of their networks, which are more difficult to defend. Adversaries see this antiquated architecture as an opportunity and deploy modern methods to lose themselves in the system, using excess infrastructure as roadblocks for the network’s defenders.

But by applying human knowledge, experience and intuition, threat hunting can disrupt attacks before they become mega breaches, operating as a final line of defense against the most sophisticated adversaries. Cyber strategies that incorporate threat hunting combine human intellect, artificial intelligence, data and endpoint detection and response technology, while operating on the cloud for speed and scale.  Modern tools are effective in tackling the majority of threats, but it is the human element — the threat hunters themselves — that provides cover should something slip through technology’s cracks.

An exceptional threat hunter not only knows how an organization operates but is also fully aware of the strategies and methods of attackers. The threat hunter is a key differentiator that can put agencies in a position of power. Agencies, however, must also implement cloud-based architectures and modern technology: next-generation antivirus and endpoint detection and response because modern cybersecurity strategy goes beyond basic IT hygiene. The reality is that on-premises security tools don’t provide the capacity or brain power to process data in a timely enough fashion to be effective.

Time Is of the Essence

Make no mistake, cyber adversaries are dedicated to their mission — whether the goal is to steal money, pilfer data or generally wreak havoc. And, while malicious actors carry out these missions, threat hunters are continuously sifting through data, looking for indicators of attack while learning their adversaries’ tactics for gaining network entry.

The knowledge uncovered by threat hunting builds invaluable context and improved situational awareness, leading to more informed decisions and bringing agencies that much closer to detecting and quickly defeating attackers. It also allows for rapid identification of holes within the enterprise, enabling network operators to adapt and improvise, taking important steps towards creating an effective system of continuous proactive defense and refinement.

Federal agencies and government leaders have an opportunity to make lasting changes to how the public sector handles cyberthreats and attacks. Now is the time to embrace not only the need for speed, but the value presented by proactive threat hunting. Continuous monitoring combined with speed lets organizations facing compliance challenges and budget restrictions put up formidable defenses against the most sophisticated adversary. Adding these tactics to threat management sets a higher standard of accountability for protecting the nation’s data against the ever-growing number of cybercriminals.