How to automate workflows with Falcon Fusion and Real Time Response

Security teams today are often overwhelmed by the number of security related tasks required to protect their environment. One avenue to alleviate this is to increase the level of automation provided by their security tools.

CrowdStrike’s Falcon Fusion is able to build out workflows to automate actions taken when specified conditions are met. In addition to performing built in actions, Falcon Fusion is also able to leverage customized scripts to execute almost any action on the endpoint.

The ability to customize the optional input and output parameters allows us a lot of flexibility within the script to capture the specific data to be used in the workflow.

Here is an example script. We can see that this script is expecting a file_path input property which can be captured by the input schema. 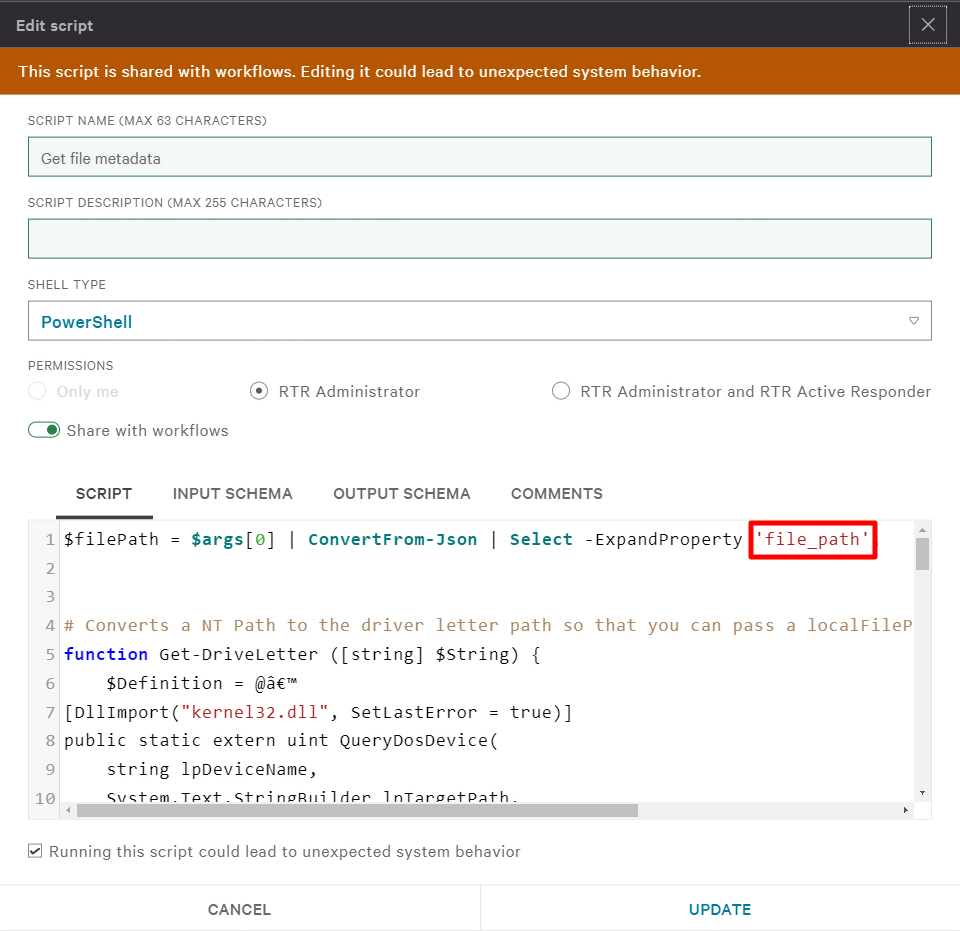 To capture the input, we’ll go to the input schema tab where we can use json schema to define our properties.

To simplify its creation, Falcon also provides the ability to enter a json string and convert it to a formatted json schema. 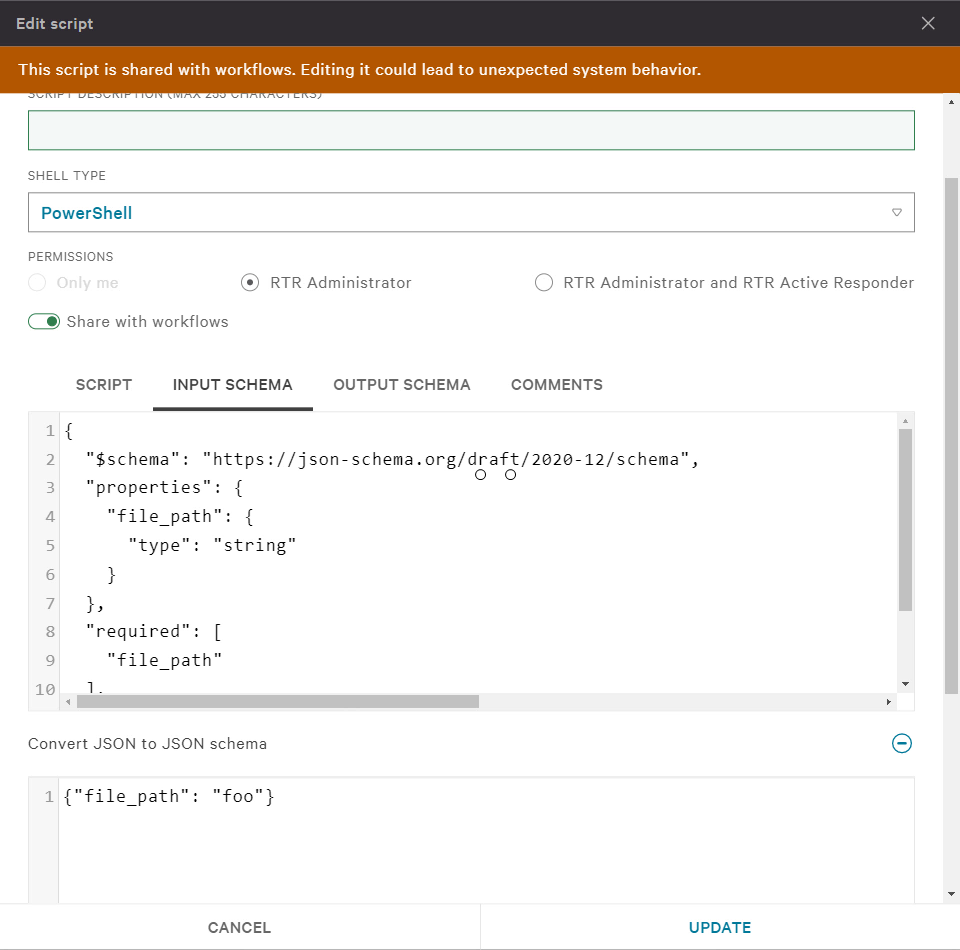 When creating a workflow, you can now use the Real Time Response scripts that you have created. 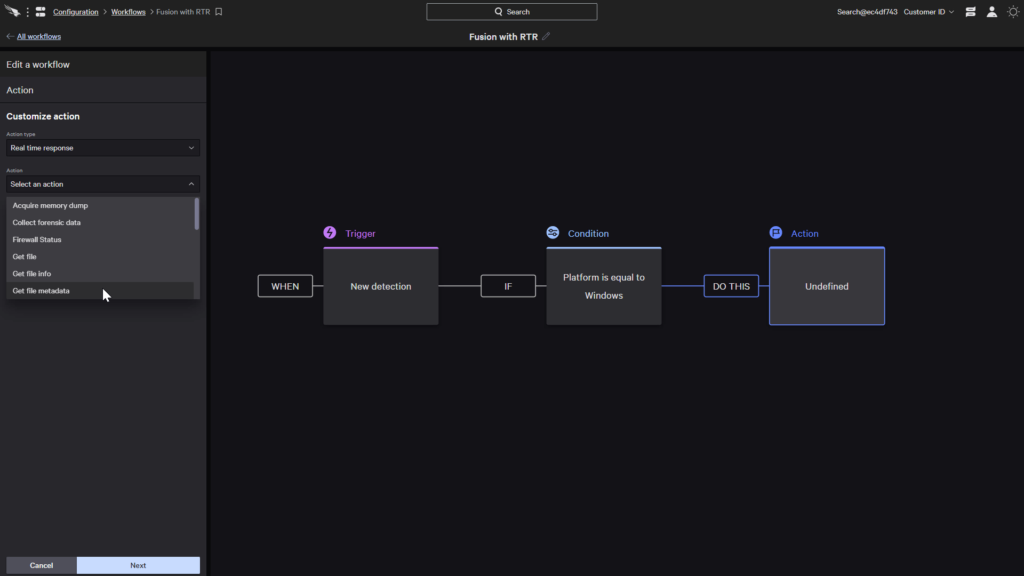 After creating a script with an output schema, we can now choose one of the parameters as a condition for actions further down in the workflow. 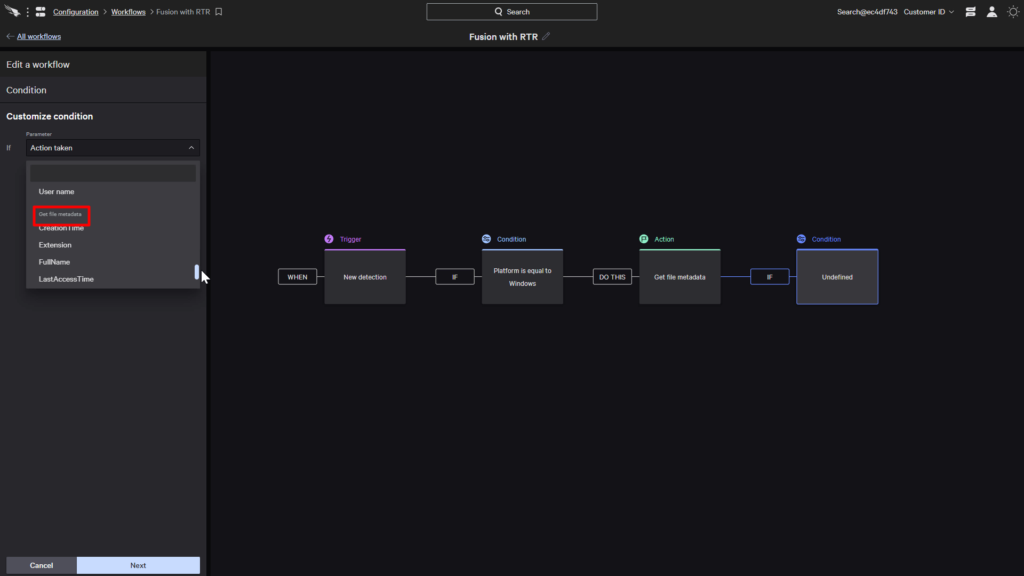 Real time response with Falcon Fusion provides highly customizable workflows that can use scripts to capture inputs from other workflow stages and provide outputs to further hone the conditions for which actions are to be performed.

How to visualize your data using the LogScale API – Part One

Importing Logs from FluentD into Falcon LogScale
Importing Logs from Logstash into Falcon LogScale
How to visualize your data using the LogScale API – Part One
Securing your Jenkins CI/CD Container Pipeline with CrowdStrike
Top LogScale Query Functions for New Customers
Understanding UI Components in Elm
Back to Tech Center
A Tale of Two Cookies: How to Pwn2Own the Cisco RV340 Router
CrowdStrike Named a Leader in The Forrester Wave™: Cybersecurity Incident Response Services, Q1 2022