What Is the Remote Desktop Protocol (RDP)?

Remote Desktop Protocol (RDP) is a protocol that enables users anywhere in the world to access and control a computer through a secure, reliable channel. RDP is a safe, useful tool for increasing productivity in your business and giving your employees the flexibility to accomplish tasks in a changing world. In other words, when using RDP, one remote computer (the client) can access all the data of another machine (the server) through a network connection. This includes access to licensed software, saved files and audio information. It eliminates the need to be physically present to log in to a specific system.

You can visualize RDP like a livestream. Whatever happens at the server endpoint is broadcasted back to the client endpoint in real time. At the same time, the RDP client can take full control over the server as if they were using that machine.

The main goal of RDP technology is remote administration. It allows employees and information technology (IT) professionals to carry out important tasks from anywhere. The most common use of RDP is troubleshooting device issues. Additionally, IT teams can perform updates and security patches without interrupting the workday.

RDP technology fulfills other IT needs as well. For instance, some computers, such as rack-mounted servers in data centers, don’t have direct input devices or user interfaces like a monitor or keyboard. Professionals control these so-called “headless computers” over the network through RDP.

Finally, RDP expands a single office space to the entire world — as long as there’s a network connection. Employees are free to work from anywhere.

A remote desktop connection is a huge benefit for businesses of all sizes. Using this software enables employees to use their home devices to access work computers. With all the resources of a work computer available from virtually anywhere, employees can accomplish any work task at any time. It vastly improves productivity and flexibility at work.

In fact, Mordor Intelligence reports that about 85% of businesses have implemented a bring-your-own-device (BYOD) policy. Not only does this allow mobile access and remote work but it also cuts hardware and software licensing costs for the company.

From an IT standpoint, RDP is a valuable tool. It creates a mobile help desk — personnel can use it to quickly troubleshoot and solve software problems for any team member, even if they aren’t in a shared office. In a digital world that’s working 24/7, efficiency like this is crucial to keep up with deadlines and competitors. With RDP technology, businesses can even reduce costs by outsourcing IT operations entirely.

Other benefits of RDP include:

How the Remote Desktop Protocol Works

You can imagine RDP working like a remote-controlled car. The buttons on the controller in your hand deliver commands to the car from a distance. Similarly, when using RDP, the client sends instructions from the keyboard and mouse to the server, which carries them out and sends back the display data.

What Technology Is Used in Remote Desktop Protocol?

When the connection between the client and the server is established, the two monitors essentially mirror one another, functioning like one computer.

The technology behind RDP is different from a simple toy, though. The protocol establishes a network channel between the two computers to send data back and forth. Transmission uses the same transport protocol as most internet functions: TCP/IP. The connection is usually established through port 3389, but it can be reconfigured.

How to Connect the Server and the Client

The remote connection between the server and the client occurs in nine stages:

Luckily for users, the entire nine-stage process is automatic; it only takes a few keystrokes for a user to accomplish the connection. To enable a Windows remote desktop, simply turn on the feature in the settings and note the name of the local PC. Then, on the remote desktop, access “Remote Desktop Connection” from the taskbar, type in the name of the local PC and connect.

While using RDP, it’s important to follow security best practices to avoid all types of malware. Security measures include using the most recent versions of the software, enabling two-factor authentication and using RDP in conjunction with a virtual private network (VPN). Monitor the network for any RDP connections exposed to the internet and shut them down if necessary. It’s also possible to change the default RDP port for extra security.

Pros and Cons of Using the Remote Desktop Protocol

If you’re considering remote access for your business, you stand to gain plenty of benefits. However, like any technology, RDP has its drawbacks too. Before making your final decision, weigh the pros and cons of RDP and consider your other options.

Remote access comes with a lot of benefits that are great for businesses and individuals. It improves efficiency and flexibility for both the IT department and the company overall, but plenty of other advantages come with RDP as well.

RDP security keeps sensitive files safely stored on computers that can be monitored and maintained. This is much more secure than allowing employees to access or save company data directly on their personal devices.

Plus, it’s possible to use RDP without a VPN. VPNs encrypt private data on shared or unsecured networks, like clouds, by changing your IP address. They are an extra expense, though, and they may affect performance. RDP is encrypted and easier to maintain, and the ability to use RDP comes standard on computers running the Windows operating system.

Another pro of RDP is power. When you use RDP, you are directly accessing the computational power of the host machine. You could be working from a cheap laptop and still take advantage of all the capabilities of a high-end computer. RDP connection can even reduce bandwidth strain.

The biggest disadvantage of RDP is the security risk. While files are securely stored on monitored desktops, the RDP connection between the client and the server creates a few vulnerabilities. To log into an RDP server, all you need is an administrator password; cybercriminals can use a brute force attack to gain access. They may also use an on-path attack to target the standard port RDP uses.

Another drawback to RDP is that it can’t match the ease and efficiency of cloud computing to equip a remote workforce. In cloud computing, users can access anything stored on shared cloud servers, but RDP is tied to a physical machine. Employees can only use files and apps saved on the host desktop.

Finally, using RDP requires encryption and transmission — processes that can take time. It may only be a few milliseconds, but there is a delay on both sides of the connection. The server takes time to receive commands like mouse clicks, and the client’s display will be delayed as well. The lag only increases if the local internet connection is slow.

What to Consider Before Using Remote Desktop Protocol

In addition to the pros and cons of RDP access, you should to consider the costs, risks and benefits of your other options.

The biggest competitor for RDP is new technology such as cloud computing. Like RDP, it efficiently allows access to company resources from multiple devices and enables employees to choose remote work over coming into an office. However, cloud computing doesn’t offer the unique tech support options RDP can. Also, some regulations can prevent the sharing of some files and software.

Other remote access software options include Virtual Network Computing (VNC) and Secure Shell (SSH). These software options accomplish the same goals as RDP, but SSH provides more security and VNC works across platforms. However, VNC is much slower than RDP, and SSH is harder to use.

RDP is currently the industry standard for remote desktop access. It’s generally the best option if employees need access to software and files that can’t be duplicated or shared. It’s also better for purposes like tech support and device maintenance.

The term “Remote Desktop Protocol” refers specifically to the protocol developed and owned by Microsoft. Windows developed RDP, formerly known as the Terminal Services Client, over twenty years ago.

Every version of the Microsoft Windows operating system, from Windows XP through Windows Vista to the current Windows 11, has included RDP client and server capabilities as part of its standard function.

Client versions also exist for other operating systems, including Linux, Unix, macOS and Android. This means that no matter what kind of computer employees have, they should be able to access any Windows work computer. Computers running Unix and OS X can function as RDP servers as well. You can use the web client on Microsoft Edge, Mozilla, Safari and Google Chrome with a remote desktop gateway, which is a Windows server role.

If you’re not using a Windows PC, there are a few things to look for in your operating system. First, consider compatibility; make sure that your version of the operating system supports the RDP software. Secondly, the operating system needs to be at least 64-bit. Almost all modern computers released after 2016, including smartphones, have this capability.

CrowdStrike can help you overcome the security risks of RDP and protect you against other vulnerabilities as well. Learn more about CrowdStrike’s services or request information here. 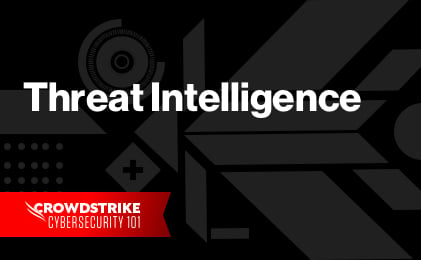