What Is Continuous Integration?

The primary advantage of CI over deferred integration is a significant reduction of risk. Your team always knows exactly where they are in their processes: they know what works and what doesn’t, what bugs need to be fixed and what their fellow team members are doing. You can find out things are going wrong much earlier in the software development life cycle. CI also comes with a much lower chance of code conflicts, since the work of multiple developers is regularly combined.

What Is Continuous Delivery?

Continuous delivery is an extension of continuous integration in which your team automatically deploys new code to a repository (such as GitHub). It can then be deployed to production at any time based on your needs and the needs of your clients. The added automation used by continuous delivery greatly reduces the amount of effort required to deploy code. With continuous delivery, you can respond more quickly to anything from changes in the market to security flaws.

For continuous delivery to work well, you need a highly reliable integration server and a large up-front investment in hardware. Your DevOps team will also need to be able to handle the switch from manual testing to automated testing, which is a major sticking point for many companies.

What is Continuous Deployment?

As with continuous delivery and integration, continuous deployment comes with a high initial cost. However, you gain the benefit of near-instant user feedback and a much lower latency period between when code is first created and when it becomes live.

Changing to an environment that uses continuous integration and delivery means making fundamental changes to the way you think about your company. The first step toward making these changes is gaining an understanding of the CI/CD pipeline so that you can implement the changes your company needs.

Components of a CI/CD Pipeline

Every CI/CD pipeline will look different based on your team’s specific needs and resources, but in general, they have four essential stages.

Purpose of the CI/CD Pipeline

There are a lot of reasons why your development team may wish to implement a continuous integration, continuous delivery and continuous deployment pipeline. The main purpose of a CI/CD pipeline is to give your team a consistent, reliable process for releasing new code. This also has the benefit of minimizing the amount of human error that makes it into the code that gets released.

When implementing a CI/CD pipeline, consider the following best practices.

Not all CI/CD pipelines are equal. The best ones focus on speed, accuracy and reliability, allowing your software development team to seamlessly integrate changes to your source code.

Because every development team is different, every CI/CD environment will look different as well. This has led to a huge variety of tools that can help you continuously integrate, deliver and deploy code. Some of the most used CI/CD tools are:

What is DevOps Monitoring? 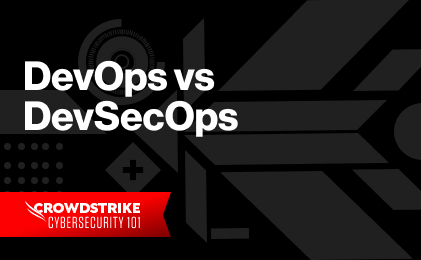 DevOps vs. DevSecOps: Understanding the Difference