What is the MITRE ATT&CK Framework?

The MITRE ATTACK Framework is a curated knowledge base that tracks cyber adversary tactics and techniques used by threat actors across the entire attack lifecycle. The framework is meant to be more than a collection of data: it is intended to be used as a tool to strengthen an organization’s security posture.

For instance, because MITRE ATT&CK takes the perspective of the adversary, security operations teams can more easily deduce an adversary’s motivation for individual actions and understand how those actions relate to specific classes of defenses.

Where does the data in the MITRE ATTACK Framework come from?

MITRE’s ATT&CK is populated mainly by publicly available threat intelligence and incident reporting, as well as by research on new techniques contributed by cyber security analysts and threat hunters. It is used by those same professionals to better understand the different ways bad actors might operate so adversarial behavior can be detected and stopped.

MITRE is a nonprofit organization created to provide engineering and technical guidance to the federal government. The organization originally developed the framework for use in a MITRE research project in 2013 and named for the data it collects, which is Adversarial Tactics, Techniques, and Common Knowledge-or, in acronym form, ATT&CK.

MITRE ATT&CK was released to the public for free in 2015, and today helps security teams in all sectors secure their organizations against known and emerging threats. And while MITRE ATT&CK originally focused on threats against Windows enterprise systems, today it also covers Linux, mobile, macOS, and ICS.

The MITRE ATT&CK™ framework is an ambitious initiative that is working to bring clarity to how we talk about cyberattacks. Learn how CrowdStrike demystifies threats with the MITRE ATT&CK framework.Read Blog

Specific adversaries tend to use specific techniques. The MITRE ATT&CK Framework catalogs information that correlates adversary groups to campaigns, so security teams can better understand the adversaries they are dealing with, evaluate their defenses, and strengthen security where it matters most. 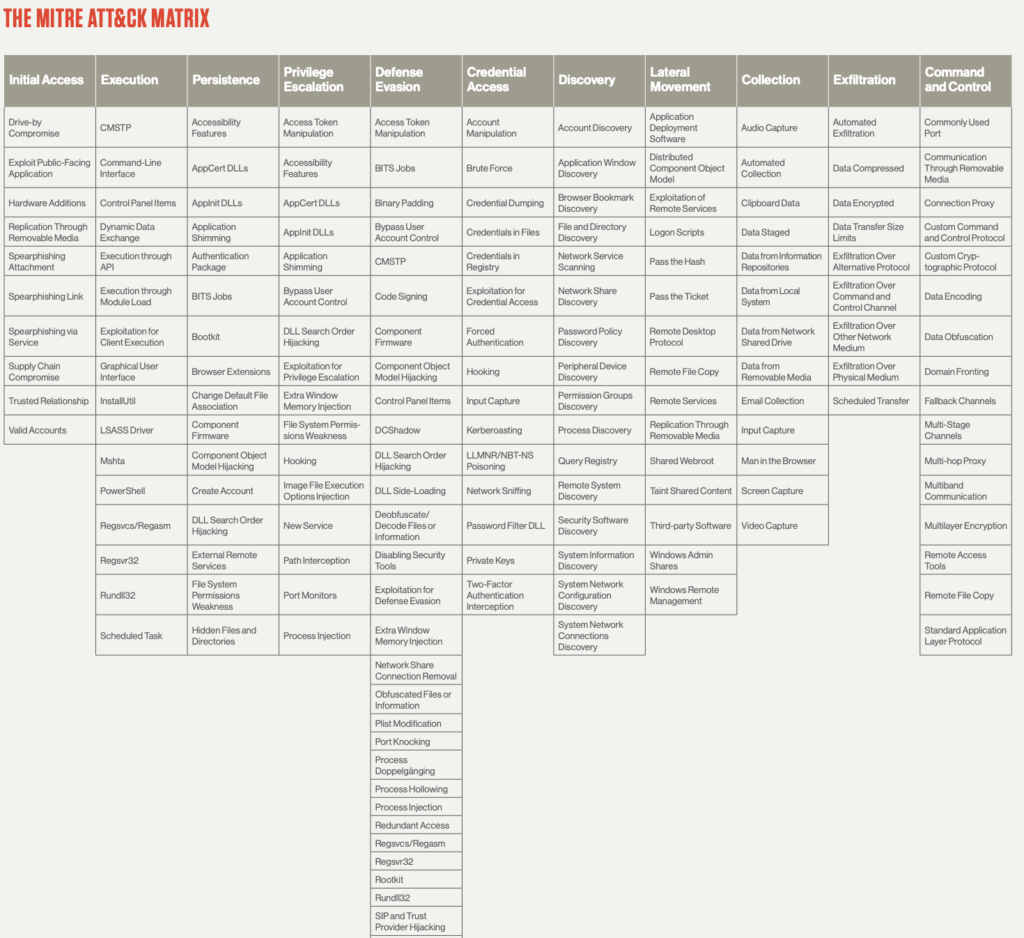 Adversarial tactics are specific technical objectives that an adversary intends to achieve, such as lateral movement, defense evasion, or exfiltration. Tactics are categorized according to these objectives. For instance, there are currently 14 tactics cataloged in the enterprise matrix:

A technique describes one specific way an adversary may try to achieve an objective. A multitude of techniques are documented under each “tactics” category. This is because adversaries may use different techniques depending on factors such as their skills sets, targets’ system configuration aned availability of suitable tools.

Each technique includes a description of the method, the systems and platforms it pertains to, which adversary groups use it (if that is known), ways to mitigate the activity, and references to its use in the real world.

Procedures are the step-by-step descriptions of how an adversary plans to achieve their objective.

There are seven steps in the Cyber Kill Chain:

Although the Cyber Kill Chain, along with another security framework called the Diamond Model are still in use, the MITRE ATT&CK Framework is the most widely adopted today. Unlike the older frameworks, MITRE ATT&CK indexes everything about an attack from both the attacker and defender sides. Attack scenarios mapped by MITRE ATT&CK can be replicated by red teams and tested by blue teams.

What are some Use Cases of the MITRE ATT&CK Matrix?

Some of the ways a security team can use MITRE ATT&CK include:

The MITRE ATT&CK Framework and CrowdStrike

Watch the demo below to see CrowdStrike’s ability to detect and protect endpoints from all tactics in the MITRE framework: 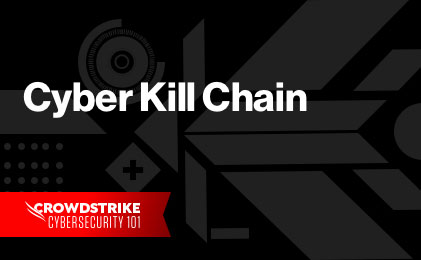 What is the Cyber Kill Chain? Process & Model