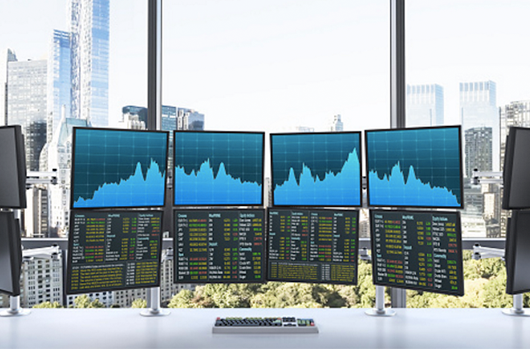 Critical infrastructure are assets considered so vital to the daily function of our way of life, that their incapacitation would have a debilitating effect on the security and safety of our citizens.  They are essentially the things that most of us take for granted.  There are 16 critical infrastructures that span every sector ranging from chemicals, to dams, to healthcare, agriculture, power, water systems, and transportation, among others.

Perhaps the most pertinent to the services we provide as a company is the information technology sector.  The Department of Homeland Security acknowledges that “America’s national security and economic prosperity are increasingly dependent upon critical infrastructure that is at risk from a variety of hazards and threats, both natural and man-made, such as…cyberattacks, or evolving terrorism threats, that impact our economy and communities.”  Additionally, nearly all critical infrastructures rely heavily on cyber and network support to operate these essential systems. According to Shodan Research, the U.S. alone has over 57,000 industrial control systems on the Internet, and weaknesses in older systems are easy to identify and exploit online.

Critical Infrastructure Security and Resilience Month gives us an opportunity to recognize the importance of critical infrastructure protection to our nation. I also view this as a call to action and a challenge for CrowdStrike, and other organizations, to work towards solutions for safeguarding our national assets.  Our CrowdStrike Services team proactively and predictively works to ensure that our clients’ organizations do not fall prey to cyberattacks, by anticipating threats, protecting their networks, and improving their ability to thwart breaches. When speaking of necessities that are fundamental to keeping our country operational, however, it is imperative that we understand and face these threats head-on.

I want to share with you a few examples of how nefarious actors can affect our – or any country’s – critical infrastructure sectors.

As members of the critical infrastructure community, I’m extremely proud of the work CrowdStrike does to protect our way of life.  Whether we’re remediating the DNC hack by foreign nationals, protecting a financial institution’s firm from an organized crime group, or thwarting the theft of research and development from a major healthcare company, we are leading the charge in next-generation endpoint protection.  If your organization is not ready for this new wave of attacks, go to our  proactive services page to learn more about our proactive and incident response services and how we can protect you from the next major breach.

Shawn Henry, once of the FBI, is now President and CSO of CrowdStrike Services. Henry is credited with boosting the FBI’s computer crime and cybersecurity investigative capabilities. He has been interviewed on “60 Minutes,” “CBS Evening News,” “Good Morning America,” “The Today Show,” “Dateline,” and C-SPAN and by Forbes, BusinessWeek, The Wall Street Journal, the Associated Press and USA Today.