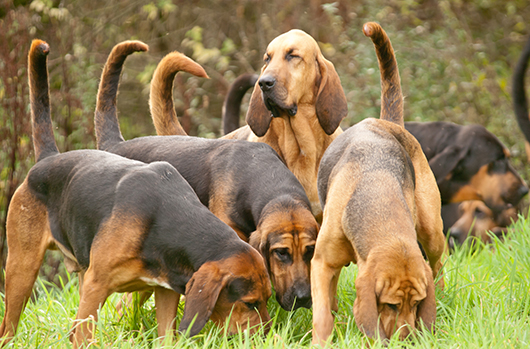 Defending an organization from today’s sophisticated attacks is no easy task. It often requires security teams to be ready at a moment’s notice to respond to an incident, in addition to managing the day-to-day responsibilities of securing the organization. To be effective, security teams must have well-defined policies and solid detection capabilities. This dynamic often drives an ongoing arms race between blue teams and red teams, with both seeking increasingly sophisticated tooling and detection capabilities. However, security professionals can often optimize their efforts and gain a strategic advantage by anticipating likely attack paths and taking steps to block attackers from using these paths.

This blog focuses on a common security issue frequently observed during red team engagements: hidden administrator accounts. It also introduces a tool originally designed for red teams that now provides blue teams with the ability to detect and remediate this common security issue.

What is a Hidden Administrator Account and Why Do I Care?

Hidden administrator accounts are domain accounts that provide administrator access to sensitive systems like domain controllers, exchange servers or database servers. These accounts may not belong to privileged Active Directory (AD) groups (i.e. Domain Admins), but they still have access to the same systems. The permissions for these accounts are directly assigned using access control lists (ACL) on AD objects.

During the lateral movement and credential dumping phase of the test, we came across two different service accounts. One was a service account that performed storage area network (SAN) maintenance and also had local administrative access to a large portion of the environment. The other one was what we call the “golden key.” It was a service account that had been created to pull security information from all the domain controllers. It was not in the “Domain Administrators” AD group, so it was not monitored and its sessions were not managed. This golden key account had local administrator access to every domain controller in the network, essentially making it a hidden domain administrator account.

In another adversary emulation engagement, we moved between domains throughout the environment to compromise two geographic regions of the company. Each domain contained its own domain accounts and was managed by separate IT staff. Once we fully compromised one domain, we began looking for misconfigured domain trusts and instances of service accounts used in both domains. We discovered a service account that was being used for network performance monitoring, which had local administrator access to multiple systems. This account was used in both domains and had the same password in each one — a configuration that made it easy for our red team to jump from one domain to another. This dynamic eventually allowed us to fully compromise a geographically dispersed organization. This is another example of unmonitored “administrative” accounts that have extremely powerful access to the networked environment.

What Can be Done About Hidden Admin Accounts

You might be asking, “How does one find these hidden relationships, and how can I make sure this doesn’t happen to my

BloodHound is a single page JavaScript web application with a Neo4j database that is fed by a PowerShell script. BloodHound uses graph theory to reveal hidden and often unintended relationships within an AD environment. It was developed by Will Schroeder (@harmjoy), Andrew Robbins (@_wald0), and Rohan Vazarkar (@CptJesus). BloodHound can do in minutes what used to take penetration testers and analysts weeks to develop.

Although the tool is very popular in the penetration testing community, we still find some security and IT teams who are not aware of how powerful and beneficial it can be for securing their infrastructure. Specifically, BloodHound can uncover hidden relationships and administrative accounts that would otherwise go unnoticed.

Once you have set up the database and logged into the BloodHound web application, you need to pull AD data from your environment using the BloodHound PowerShell ingestor. Figure 1 shows a sample command that searches all domains in the forest (-SearchForest) and the folder location used to save the resulting CSV files.

Once the ingestor completes, you will see three CSV files that can be uploaded into BloodHound, as shown in Figure 2:

After uploading these files, take advantage of the pre-built queries within BloodHound. These queries are a great way to start obtaining important information about your environment. Queries include: viewing all domain administrators; viewing users with the most local administrator rights; or viewing computers with the most administrative user access. One of these queries gives you the ability to map domain trusts, as shown in Figure 3. 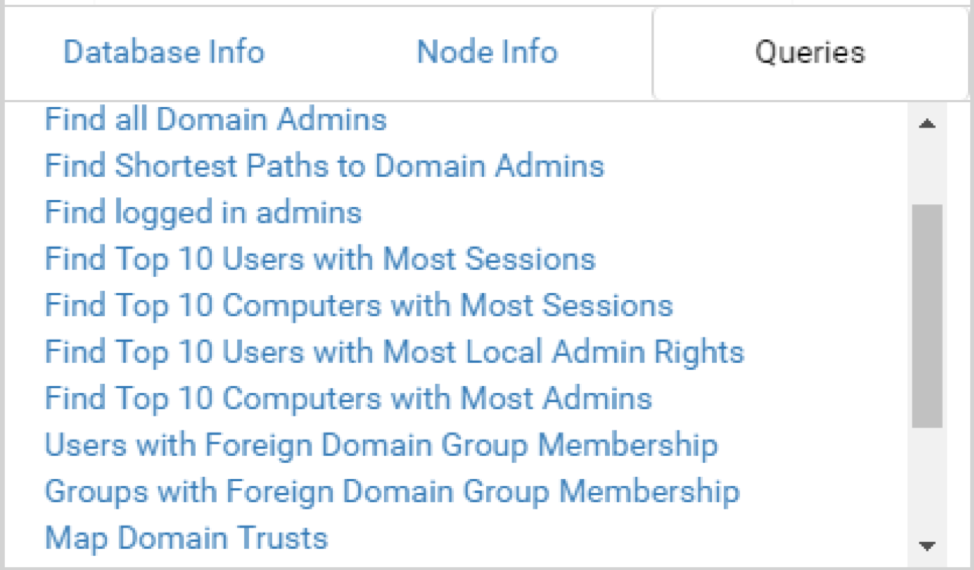 When looking for hidden administrator accounts and trust misconfigurations, we will commonly use the pre-built queries “Find Top 10 Users with Most Local Admin Rights” and “Map Domain Trusts.” These queries will provide some quick wins and show you which accounts have access to the most systems, and whether there are two-way trusts between foreign domains that could allow for greater access to the environment.

Another great way to find hidden administrator accounts is to view system, group or user node information directly. You investigate any user, group, or system name in the environment by simply typing in the first few characters of the name – the tool will autocomplete. Once you select a node, the “Node Info” field in the left panel populates. You can also right-click a node and choose the sub-option “Expand” to see the members of that node, as shown in Figure 4.

Another way we have been able to easily discover hidden administrator accounts is to search for a sensitive system such as a domain controller. This can be done by simply searching for the “Domain Controllers” group and left-clicking the group node. The “Node Info” field on the left will populate. Next, left-click the number next to “Direct Members” under the “Group Members” section. You will now see all the domain controller system nodes under that group, as shown in Figure 5.

Next, left-click on one of the system nodes (example: “GOAT-DC”) and left-click the number next to “Derivative Local Admins” under the “Local Admins” section, shown in Figure 6.

BloodHound is highly effective at identifying hidden administrator accounts and is both powerful and easy to use. It can provide a wealth of insight into your AD environment in minutes and is a great tool to have in your arsenal when hunting for unique and hidden relationships. We recommend organizations take advantage of free tools like BloodHound and include them as part of their periodic, proactive security assessments. The more proactive we are in security, the better we can anticipate threats, prepare our teams, and improve our ability to stop breaches.