What is a Web Application Firewall (WAF)?

A WAF differs from a network firewall in terms of the type of protection it provides and how that security is applied. Put simply, a WAF protects the organization at the application level by analyzing all HTTP/HTTPS communication, whereas the network firewall acts as a barrier that prevents unauthorized access to the network on a whole.

On a technical level, the key difference between a WAF and a traditional firewall pertains to where the operational layer of security is applied as defined by the Open Systems Interconnection (OSI) model. WAFs protect from attacks at OSI model Layer 7, or the application level. Network firewalls operate at OSI model Layers 3 and 4, which focus on data transfer and network traffic.

How Does a Web Application Firewall Work

A WAF operates according to a set of rules or policies defined by the network administrator. Each WAF policy or rule is designed to address an application-level threat or known vulnerability. Taken together, the policies work to detect and isolate malicious traffic before it reaches a user or application.

There are three main types of web application firewalls:

Why do organizations need a Web Application Firewall?

Many organizations face increased security risks at the application level due to the shift to the cloud and increased use of web-based software or SaaS applications. In addition, remote work trends, which have accelerated due to COVID-19, an explosion of connected devices and the implementation of new “bring your own device” policies have introduced new digital threats occurring in the application layer. Incorporating a WAF within the cybersecurity strategy is one way that organizations can address attacks aimed at web applications and application programming interfaces (APIs).

While WAFs do not protect organizations from all digital threats, they do address those aimed at the application level. These include:

A WAF can be implemented one of three different ways:

In late 2020, CrowdStrike announced a new integration with AWS Network Firewall for customers that have CrowdStrike® Falcon XTM and Falcon PreventÔ subscriptions. With this integration, customers are able to leverage CrowdStrike Falcon® platform capabilities by extending threat intelligence and deployment automation to streamline incident response (IR) and simplify operations. This includes adding domain indicators of compromise (IOCs) to the AWS Network Firewall for IR and proactive threat hunting.

A WAF provides protection only from web application attacks. While a WAF is an important part of an organization’s cybersecurity strategy, it is by no means a comprehensive solution and must be supplemented by other security measures.

A next-generation firewall (NGFW) is an advanced firewall option that combines antivirus, network firewall, WAF and other security devices into one solution. Like a traditional firewall, an NGFW can detect and block attacks at the application, port and protocol levels. However, it can also block modern threats such as advanced malware and application-layer attacks. An NGFW also incorporates more advanced features including application awareness, an intrusion prevention system (IPS) and cloud-enabled threat intelligence services.

A next-gen firewall is most comparable to a traditional firewall (not a WAF). While both use both static and dynamic packet filtering and VPN support to ensure security, there are several main differences between the two. An NGFW:

As more organizations look to adopt host firewall capabilities native to the operating system, they often find effective functionality but are faced with complex, cumbersome management and visibility blind spots that can frustrate administrators and open security gaps. 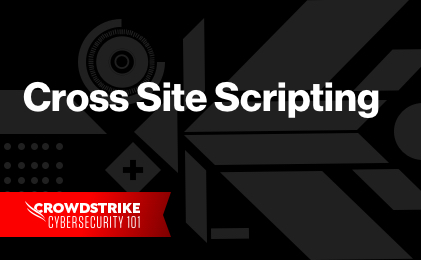