What Is Infrastructure as Code (IaC)?

What Is Infrastructure as Code (IaC)?

Infrastructure as Code (IaC) is the process of dynamically managing and provisioning infrastructure through code instead of a manual process to simplify app development, configuration, and runtime. IaC leverages code to:

The vast adoption of workloads, containers and cloud computing have made IaC an important part of DevOps, enabling automation and continuously monitoring the entire application lifecycle, from integration and testing to delivery and deployment.  It is also an important aspect of application and container security, as well as overall workload protection.

Why is Infrastructure as Code Useful?

Infrastructure as Code (IaC) has been widely adopted for years, and most software developers don’t even need to consider the benefits, because it’s just the air they breathe.

With IaC, all configuration is dictated by source code. Because it gives you the freedom and confidence that you can code, it not only ensures a consistent and secure production environment but also makes it far simpler for the IT or development team to edit, update, and distribute configurations.

IaC is also a critical enabler of agile development, continuous integration/continuous delivery (CI/CD) and DevOps practices in that it eliminates most manual provisioning and configurations of cloud infrastructure components. It is modular in nature, which means that different pieces of code can be divided and combined to meet the needs of various use cases. This helps make the entire software development life cycle more efficient and enable faster development times.

Declarative vs Imperative Infrastructure as Code

There are two main approaches for writing IaC code:

A declarative approach to IaC is one in which the user defines the future state and lists all resources and attributes within the infrastructure; however, the  tool or platform will determine how to best install and configure the system to achieve the future state.

An imperative approach requires far more input and specificity than a declarative approach. In this method, the developer or IT team will define the future state and also specify the process for doing so. The tool or system will not deviate from the steps within the process or change the order.

Why Is Declarative IaC the Preferred Approach?

Most organizations tend to adopt a declarative approach because it offers far greater flexibility in enabling a variety of use cases. Specific benefits include:

5 Benefits of Infrastructure as Code

In the modern IT landscape, IaC should be considered an essential component within the IT strategy. Even relatively simple infrastructure requirements can be made more efficient and cost effective by leveraging IaC principles.

While IaC may add complexity within the IT environment, the advantages of doing so generally outweigh the cost of implementation and management.

IaC allows the team to provision infrastructure via a coded script for every environment, which is significantly faster than doing so manually.

By relying on code, IaC limits mistakes within the configuration process and also cuts down on inconsistencies that may occur when more than one person is responsible for configuration.

You can enable version-controlled infrastructure and configuration changes on your IaC like any other code source file. This gives you full traceability of changes made in your configurations, which you can rely on to hold users accountable if needed.

IaC is a strategic enabler of DevOps in that cloud infrastructure components can be made available rapidly as they are needed. This helps streamline software development and optimize resources within the IT team.

Automation generally leads to cost savings and IaC is no exception. By allowing organizations to optimize limited resources, including hardware costs, staffing costs, storage costs and more, IaC drives down overall costs and enables teams to focus on the higher-value tasks that require human oversight and intervention.

Infrastructure as Code Platforms and Tools

Some of the most popular infrastructure as code platforms and tools include:

Pulumi is an open source IaC software development kit (SDK) that allows developers to create, deploy, and manage infrastructure on any cloud, using a variety of languages, including Python, TypeScript, JavaScript, Go, C#, and F#.

Ansible is an IaC tool that supports application development for IBM Power Systems clients. Like Terraform and Pulumi, Ansible is an open source resource that can automate provisioning, configuration management, and application deployment.

Chef Infra, along with Puppet, is a pioneer in the DevOps space and one of the first infrastructure management tools for defining IaC.

Puppet, another infrastructure as code pioneer, is a software configuration management tool that uses its own declarative language and models to configure systems.

CFEngine is another open source configuration management system. It is considered to be one of the most mature tools on the market and can support complex configuration needs.

AWS CloudFormation is an IaC tool that enables users to model, provision, and manage AWS infrastructure as well as other external resources.

Google Cloud Deployment Manager is an infrastructure deployment service that automates the creation and management of Google Cloud resources.

IaC and automation simplifies application development, delivery and deployment. It enables DevOps and IT to build, configure and manage the infrastructure more efficiently.  Security is an extremely important aspect to build, deliver and deploy applications.  Think it, Build it, Secure it with CrowdStrike. 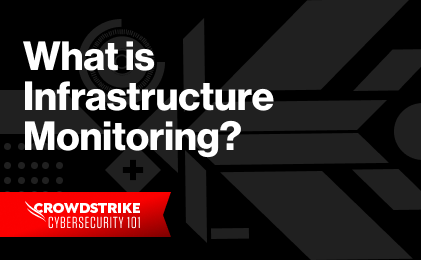 What Is Infrastructure Monitoring? 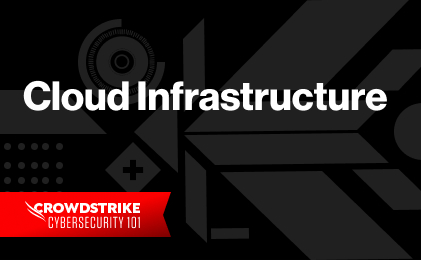 What is Cloud Infrastructure? 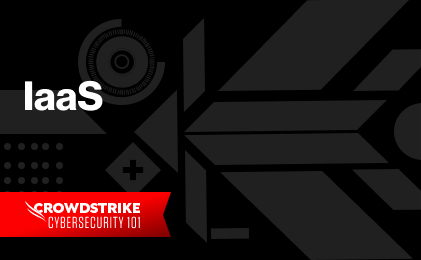 Infrastructure as a Service (IaaS)