Cybersecurity 101 › XDR vs SIEM vs SOAR

XDR vs SIEM vs SOAR

In a recent blog post, Forrester analyst Allie Mellen wrote that until recently:

“There was no reliable, unbiased explanation for what XDR is and how it differs from a security analytics platform, which has led to confusion and disregard from clients who dismiss it as nothing more than yet another cybersecurity marketing buzzword.”

So what is XDR? Does it replace the need for SIEM and SOAR? What should organizations look for in an XDR solution? In this post, we answer these common questions and several others to help security professionals navigate a complex and crowded solution landscape. But before we explore the intricacies of these systems, let’s begin by answering some basic questions:

Extended Detection and Response (XDR) is the next evolution of endpoint detection and response (EDR). XDR takes a holistic approach to threat detection and response that streamlines security data ingestion, analysis, and prevention and remediation workflows across an organization’s entire security stack. With a single console to view and act on threat data, XDR enables security teams to effortlessly uncover hidden and advanced threats, and automate even complex, multi-step responses across their security technology stacks. XDR is often categorized into two types, open XDR and native XDR.

SIEM allows organizations to analyze data from all network applications and hardware at any time. This can help organizations recognize potential security threats before they have a chance to disrupt business operations.

Security orchestration, automation and response (SOAR) is a collection of software programs developed to bolster an organization’s cybersecurity posture. A SOAR platform enables a security analyst team to monitor security data from a variety of sources, including security information and management systems and threat intelligence platforms.

The overall goal of a SOAR platform is to collect threat-related data and automate threat responses. Your security team can increase efficiency and response time by using a SOAR platform. 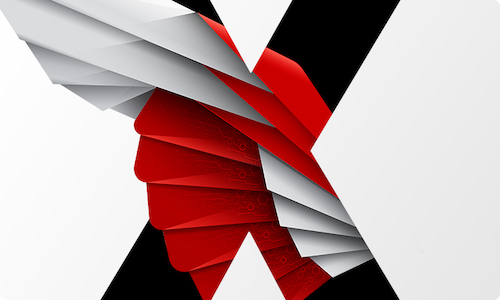 XDR Is On A Collision Course With SIEM And SOAR

Download to discover how XDR will drive dramatic improvements in detection and response for faster, more efficient security operations.

What are the key differences between SIEM, SOAR and XDR?

According to the recent Forrester report, Adapt Or Die: XDR Is On A Collision Course With SIEM And SOAR — which is available for download on the CrowdStrike website — XDR, SIEM and SOAR address similar use cases, but take fundamentally different approaches.

SIEM is primarily a log collection tool intended to support compliance, data storage and analysis. Security analytics is a capability that has been largely bolted on to SIEM solutions and does not adequately identify threats without running a separate security analytic function on top of a huge data set.

SOAR, as noted above, incorporates orchestration, automation and response capabilities to the SIEM and enables disparate security tools to coordinate with one another. However, bi-directional connectivity is where SOAR begins and ends. While valuable, SOAR does not solve the big data analytics challenge nor does it protect data or systems on its own.

XDR has risen to fill the void created by SIEM and SOAR through a distinctly different approach anchored in endpoint data and optimization. XDR has advanced analysis capabilities that enable the organization to focus on the highest priority events and respond rapidly.

FAQ on SIEM, SOAR and XDR

What is the relationship between SIEM and SOAR?

In many cases, SOAR and SIEM are used together. The two platforms are complementary and can work together for your overall security operations as part of a two-step process:

You can think of the relationship between SIEM and SOAR like an assistant to a manager. The SIEM solution collects and correlates logs to identify the ones that qualify as an alert. The SOAR can receive data from the SIEM and then take the lead on resolutions.

In short: SIEM has log repository and analysis capabilities that SOAR platforms typically do not. The SOAR has response capabilities that the SIEM does not. Without a SOAR, security teams would need to use a variety of interfaces outside of a SIEM to act on data and insights produced by the SIEM.

Does XDR replace SIEM and SOAR?

The short answer is no. While XDR offers organizations new security capabilities and enhanced protection, it cannot and should not fully replace SIEM or SOAR.

XDR is not a substitute for SIEM because the SIEM has use cases outside of threat detection, such as log management, compliance, non-threat related data analysis and management. While an XDR can often fulfill threat-centric use cases and replace SIEM in that regard, the organization will still have other needs to be fulfilled by the SIEM.

As for SOAR, this platform offers valuable orchestration capabilities that help the security team optimize resources and prioritize activity. An XDR solution generally does not have these capabilities, which makes it important to maintain the SOAR system and integrate it with XDR.

Does my organization need all three tools: SIEM, SOAR and XDR?

Yes — though not necessarily only for security purposes. Throughout this article, we explored the distinct security capabilities of SIEM, SOAR and XDR and highlighted how these tools work together to provide the most comprehensive and robust security solution, as well as fulfill other use cases. By ignoring one of these three critical capabilities, organizations are at risk of breaches and other security events or fall short of other business requirements.

While XDR has been touted as the latest and greatest security tool, there is significant confusion within the market and even among analysts as to what constitutes an XDR solution.

As explored in his recent blog post, Falcon XDR: Why You Must Start With EDR to Get XDR, CrowdStrike Founder and CEO George Kurtz brings some much needed clarity to the XDR market with the introduction of Falcon XDR. Falcon XDR brings together world-class threat hunting, machine learning (ML), artificial intelligence (AI) and indicators of attack (IOAs) with third-party data sources to correlate events and deliver real-time detections.

For more information on the differentiators of Falcon XDR, please view our Falcon XDR product page and download our data sheet.

Anne Aarness is a Senior Manager, Product Marketing at CrowdStrike based in Sunnyvale, California.