Cybersecurity 101 › What Is an Advanced Persistent Threat?

What is an Advanced Persistent Threat?

An advanced persistent threat (APT) is a sophisticated, sustained cyberattack in which an intruder establishes an undetected presence in a network in order to steal sensitive data over a prolonged period of time. An APT attack is carefully planned and designed to infiltrate a specific organization, evade existing security measures and fly under the radar.

The goals of APTs fall into four general categories:

What are the 3 Stages of an APT Attack?

To prevent, detect and resolve an APT, you must recognize its characteristics. Most APTs follow the same basic life cycle of infiltrating a network, expanding access and achieving the goal of the attack, which is most commonly stealing data by extracting it from the network.

In the first phase, advanced persistent threats often gain access through social engineering techniques. One indication of an APT is a phishing email that selectively targets high-level individuals like senior executives or technology leaders, often using information obtained from other team members that have already been compromised. Email attacks that target specific individuals are called “spear-phishing.”

The email may seem to come from a team member and include references to an ongoing project. If several executives report being duped by a spear-phishing attack, start looking for other signs of an APT.

Once initial access has been gained, attackers insert malware into an organization’s network to move to the second phase, expansion. They move laterally to map the network and gather credentials such as account names and passwords in order to access critical business information.

They may also establish  a “backdoor” — a scheme that allows them to sneak into the network later to conduct stealth operations. Additional entry points are often established to ensure that the attack can continue if a compromised point is discovered and closed.

To prepare for the third phase, cybercriminals typically store stolen information in a secure location within the network until enough data has been collected. They then extract, or “exfiltrate” it without detection. They may use tactics like a denial-of-service (DoS) attack to distract the security team and tie up network personnel while the data is being exfiltrated. The network can remain compromised, waiting for the thieves to return at any time.

Characteristics of an APT Attack

CrowdStrike currently tracks well over 150 adversaries around the world, including nation-states, eCriminals and hacktivists.

Here are some notable examples of APTs detected by CrowdStrike:

How do you Protect Against APT Attacks?

There are many cybersecurity and intelligence solutions available to assist organizations in better protecting against APT attacks Here are some of the best tactics to employ:

The most essential concept in cybersecurity today is speed. To defend yourself, you must be faster than your adversary. At CrowdStrike, we use breakout time to assess a threat actor’s operational sophistication and estimate the speed with which a response is required.

Breakout time is how long an intruder takes to start moving laterally within a network after gaining access. It’s a critical metric for tracking how fast adversaries can operate and for evaluating a security team’s detection and response times.

Falcon Insight endpoint detection and response (EDR), another essential piece of the Falcon platform,  looks for IOAs to stop attacks before data is lost. The CROWDSTRIKE FALCON® INTELLIGENCE solution aids incident investigations and speeds breach response by seamlessly integrating automated threat intelligence and custom indicators into endpoint protection. Combined with the expertise of the global CrowdStrike Falcon® Intelligence™ team, the Falcon platform allows organizations of any size to respond more quickly and get ahead of the next APT attack. 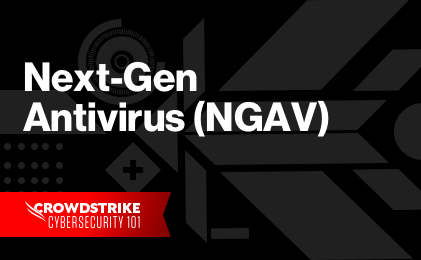 What is Next-Generation Antivirus (NGAV)? 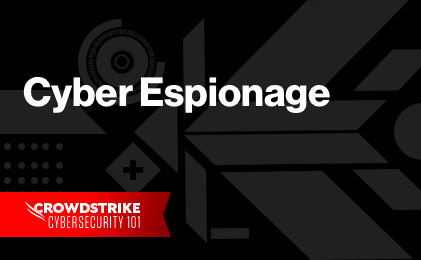